Tesla (NASDAQ: (TSLA)) shares hit a record $695 per share last week, briefly vaulting its market cap to over $650 billion. Since then, it has given back some of those gains.

Both Facebook and Tesla are part of the NYSE FANG+ index, which tracks 10 highly traded tech giants, including Alphabet and NVIDIA. And with Tesla joining Facebook in the S&P 500, millions of index fund investors now own a slice of both companies — whether they like it or not.

The parallels pretty much end there, though. And from an investment perspective, Facebook is easily the better bet now. 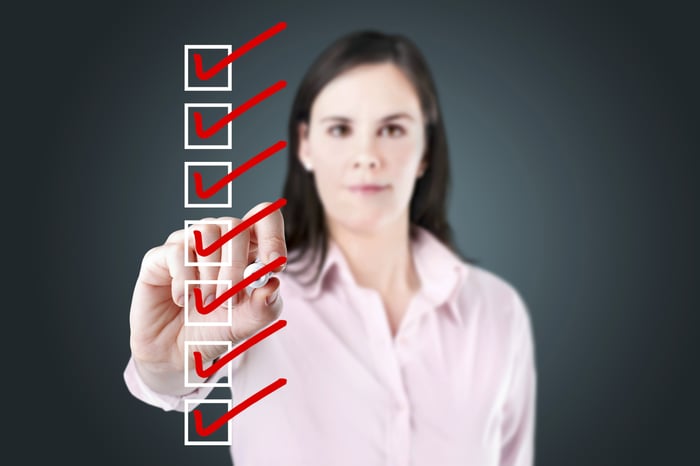 Tesla operates in a competitive industry with many players — whether we’re talking about electric vehicles or the auto industry as a whole. Most car buyers aren’t as brand loyal as your typical Tesla owner. The typical car buyer is also a bit more price-sensitive when choosing a vehicle — which partially explains why Tesla‘s had to cut prices to stay competitive.

Unlike Tesla and the auto industry, Facebook dominates the social media sphere, with 3.2 billion monthly active users across its Facebook, Instagram, Messenger, and WhatsApp apps. In 2019, seven out of every 10 global internet users — estimated at 4 billion — were on a Facebook app.

With so many people already use Facebook, potential new users are drawn to be where everyone else is already congregating and are less inclined to choose a competing service. For existing users, deleting Facebook means potentially instantly losing networks of connections they have built up over years. What’s more, users have filled up their Facebook and Instagram pages with photos, posts, and videos. It would be hard to move all this content away from Facebook.

Facebook has become, for many, more than just a social app — it’s a huge part of everyday life. It gives users access to the latest news, thousands of games and videos, and marketplaces for buyers and sellers. For those who aren’t happy with Facebook, there’s pretty much nowhere to go.

As practically everyone’s on Facebook, companies are spending a big part of their ad and marketing budgets to reach the social network’s users. In the U.S., for example, eMarketer estimates that Facebook gets 23 cents of every dollar spent on digital advertising. As a result, Facebook’s revenue has almost quadrupled from 2015 to 2019.

This dominance has created issues for Facebook. For one, regulators are trying to make sure Facebook doesn’t abuse its dominant position. There are increasing calls from critics to break up the company by forcing it to divest its Instagram and WhatsApp apps. Even if Facebook isn’t broken up, its cost of doing business will inevitably rise in the long term. As the company grows, public pressure will force Facebook to take on more responsibility as a corporate citizen.

But these risks are just part and parcel of doing business. For now, the attractiveness of Facebook’s business model continues to far outweigh its challenges.

It is trading at a better price tag

Not only is Facebook the better business here, but its stock is also trading at a more palatable price.

Facebook’s already profitable. The company generates significant free cash flow every quarter, racking up a strong balance sheet, with $56 billion in cash and no debt. In contrast, Tesla has been losing money for just about its entire existence as it builds its business. It’s still dependent on external capital infusion to maintain operations. Tesla has been on the verge of bankruptcy before, prompting founder Elon Musk to shop the company on different occasions to buyers.

What this means for long-term investors

Even in a challenging 2020, Facebook generated revenue growth of 22% in the third quarter. That’s more impressive when you consider that many companies scaled back their advertising spend this year.

There are signs Facebook’s brightest years lie ahead. Facebook’s global average revenue per user has room to grow as it sits at $7.90, compared to $36.30 for U.S. and Canadian users. In particular, monetizing Instagram and WhatsApp could be a key driver of growth.

Facebook stock has rallied over 100% after hitting a 52-week low point in March, while Tesla is up over 690% year to date. In the short term, both stocks face the risk of a correction.

But Facebook’s investors are probably sleeping better at night. After all, the company’s track record and long-term prospects make it a safer and better bet than Tesla — which, for all the hype, still has much to prove.

10 stocks we like better than Facebook
When investing geniuses David and Tom Gardner have a stock tip, it can pay to listen. After all, the newsletter they have run for over a decade, Fintech Zoom Stock Advisor, has tripled the market.*

David and Tom just revealed what they believe are the ten best stocks for investors to buy right now… and Facebook wasn’t one of them! That’s right — they think these 10 stocks are even better buys.

Should You Buy The Western Union Company (NYSE:WU) For Its Dividend?