Could These EV Stocks Be Better Than Their Fossil-Fuel Predecessors?

An ever-growing awareness for green alternatives has caused electric vehicle (EV) stocks to trend among investors. Like all other futuristic industries, such trends have caused investors to hunt for the best EV stocks in the stock market. Compounded with dwindling crude oil reserves and surging oil prices, EVs have the perfect opportunity to become superior alternatives to their fossil-fuel counterparts.

The potential of the EV market has also seen traditional carmakers jumping on the bandwagon. Geely Automobile Holdings Limited (OTCMKTS: GELYF) recently announced that the company intends to launch a new brand of premium electric cars under the brand called “Zeekr”. Similarly enough, Volkswagen (OTCMKTS: VWAGY) also highlighted that it is committed to pushing EV as the next frontier during its Battery Day event. Rumors suggested that the legendary automaker could be changing its name to “Voltswagen” to signify its shift to electric vehicles. Such news is music to investor’s ears as it is a clear indication that the EV race among companies is on.

Much like with many other industries, the global chip shortage has caused several EV stocks to lose momentum. Coupled with investors’ frantic redirection towards buying pandemic recovery stocks, this presents a rare opportunity. After all, this could be a chance for investors to buy EV stocks on the dip. With that in mind, could these be 4 of the best EV stocks to watch?

Tesla Inc, the poster child of the EV market has come a long way since its inception in 2003. Its first EV, the Roadster has been sold to over 30 different countries. It also became the first production car launched into space in 2018. The company sold its 1 millionth EV in April 2020, with 499,550 EVs being delivered worldwide that same year.

As you probably know, (TSLA) stock has been having a much tougher 2021 in comparison with the S&P 500. The company’s stock has corrected 12% in 2021 and a whopping 30% from its peak of $900.40. Despite the underwhelming performance, CEO Elon Musk is confident and in high spirits. According to one of his latest deleted tweets, he believes that Tesla will become one of the biggest companies, surpassing Apple Inc. (NASDAQ: AAPL) within a few months. While Musk continues to make bold claims, the delivery timeframe of Model 3 and Model Y EVs was prolonged possibly due to chip shortage.

Such recent events have presented an interesting conundrum on (TSLA) stock. Yes, some investors have already started cashing in by selling Tesla shares. Perhaps they think the future is looking bleak for the EV king. That said, Tesla still has some aces up its sleeves with its self-driving feature going on full beta next month for current Tesla owners. Is this enticing enough to induce investors to buy (TSLA) stock on the dip?

Nio Inc is one of the largest EV companies in China. The company also offers accessibility for owners, with its “Power Home” home charging solution and “Power Swap” battery swapping service. Nio will also be releasing two new models, the ET5 sedan and autonomous ET7 sedan with production to commence this year.

With Tesla being the leader of the pack, when Tesla sneezes, the rest of the EV manufacturers caught the cold.  This could help explain why NIO stock has also been on the downtrend. Moreover, the company felt the blow of the global chip shortage as the production of its EVs was suspended for five working days. With the suspension causing a reduction of approximately 600 vehicles, Nio expects to deliver 19,500 EVs this quarter. That’s down from previous estimates of between 20,000 to 20,500 vehicles.

Despite having production hiccups, Nio can still topple favor to its side if it plays its cards right. After all, the Chinese government is going full swing in adapting its fleet vehicles into electric-powered alternatives. Expect sales to grow once the chip shortage is alleviated and delivery of its newest models is in full swing. Should it occur, will it be enough to convince investors to buy NIO stock?

Next on our list, ChargePoint Holdings Inc. is an EV infrastructure company that operates one of the largest networks of EV charging stations. With over 90 million charges delivered, the company continues to expand its vertical by providing its solution to large fleets and businesses. 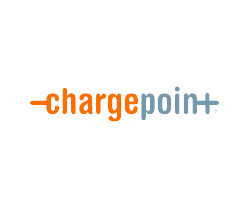 The company has recently gone public following the completion of its merger with Switchback Energy Acquisition. Since then, CHPT stock has gone down by about 30%. In comparison with ChargePoint’s direct competitor Blink Charging (NASDAQ: BLNK), CHPT stock is trading at a more attractive price. This presents an opportunity for investors to buy CHPT stock while it is cheap since the company currently dominates 70% of the market share and continues to grow its business.

Financial numbers for ChargePoint were healthy for its last fiscal year. The company recorded revenues of $146.5 million, eking out a gain from the year before despite the pandemic. According to CEO Pasquale Romano, “the company is expecting continuous growth to be fueled by dozens of new EV models anticipated in 2021 across a wide range of segments and price points”. As EV adoption continues to grow, will CHPT stock be one of the best EV stocks to buy this year?

Last on the list is Arrival Ltd, a British EV company that focuses primarily on lightweight commercial vehicles. The company currently has four different EV vehicle types in the pipeline, with its Arrival Bus started its initial prototype testing last year. The company is now trading on NASDAQ after the completion of its merger with SPAC CIIG Merger Group. 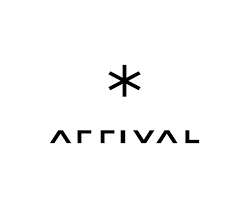 Since its debut on 25th March, ARVL stock has dropped by over 16%. Investors may be on the fence with ARVL stock as the company has yet to deliver its preorders. Even so, Arrival has over $1.2 billion in committed orders with United Parcel Service Inc. (NYSE: UPS) being the major customer. Arrival could be cash positive by 2023, with total sales volume reaching $14.1 billion in 2024 and making $3.7 billion in gross profit.

To accommodate UPS’s orders, Arrival announced last week that the company is building a second micro-factory in Charlotte, North Carolina. According to Arrival President Avinash Rugoobur, unlike conventional factories, the vertically integrated micro-factories require less operation space and capital investment than traditional manufacturing facilities. With Arrival expanding its market to the U.S., will investors be willing to take a chance on ARVL stock?