Netflix – Here’s Why Burning Through Cash Is Good for Netflix

Netflix – Here’s Why Burning Through Cash Is Good for Netflix

Anyone who’s followed the media space throughout the years knows that Netflix (NASDAQ: NFLX) spends enormous amounts of money to fund its business. While this is not unusual for fast-growing companies, at some point investors want to see positive cash flow.

This could happen sooner rather than later for Netflix, as management believes its 2019 free cash flow loss of $3 billion will be its peak annual deficit. But even if it takes longer than anticipated, investors shouldn’t worry. Burning through cash was and still is a smart strategic move for the company. 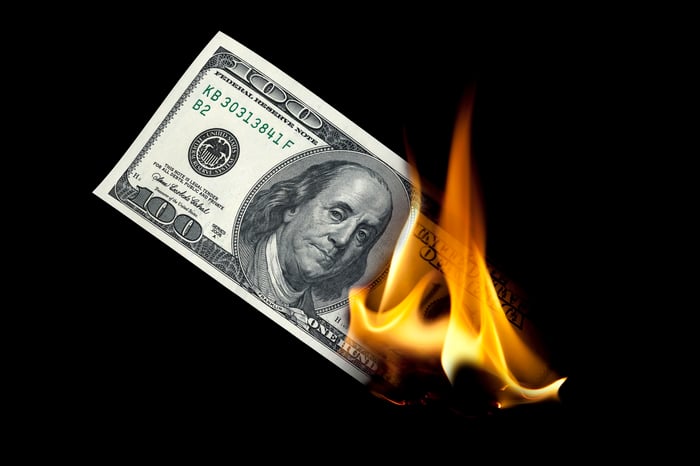 From the start of 2017 through Sept. 30, 2020, Netflix spent $45 billion on content. That’s a massive amount, and it’s significantly more than any of Netflix‘s rivals have spent.

Those bearish on the company wonder when content spending will peak. Although that’s a legitimate concern, Netflix‘s lead in streaming has put it in an advantageous position. Not only is the company spending more than its competitors on an absolute basis, but with nearly 200 million subscribers, Netflix is also able to spread these costs over a large and growing user base.

In 2019, Netflix‘s monthly average revenue per user (ARPU) was $10.05. In the same year, its monthly average content spend per user was $6.94. The former number has gone up over the years, while the latter has come down, demonstrating Netflix‘s pricing power and operating leverage.

As long as membership growth continues at a high rate, Netflix should maintain its content-oriented shopping spree. It makes sense economically, and more important, it showcases management’s focus on constantly improving the service.

It widens the moat, too

If Netflix stopped adding to its already huge library, users would probably start abandoning the service. To keep existing customers happy and add new ones, laying out cash is unavoidable.

This investment is paying off, if the success of Netflix‘s original content is any indication. The Queen’s Gambit, released Oct. 23, was the most-watched scripted limited series in the company’s history, with 62 million households viewing the show in its first four weeks.

Netflix is building competence in film production, as well. The Old Guard, an action-packed fantasy flick, was viewed by 78 million households in its first 28 days. What’s more impressive is that Netflix led the 2020 Academy Awards with 24 nominations. With this level of quality programming, it’s no wonder that subscribers spend an average of two hours per day on the streaming service. 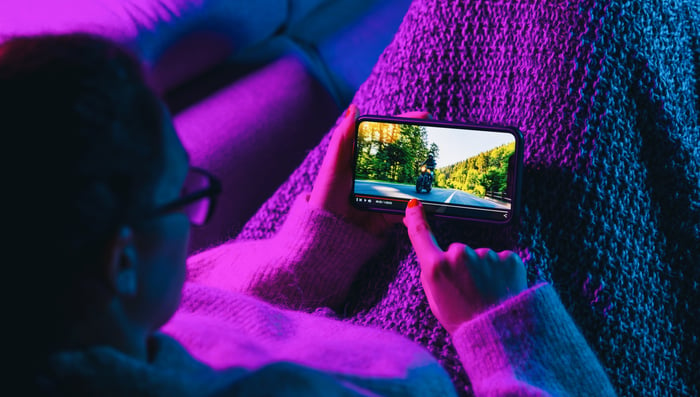 The timing is right

To fund its content obligations, Netflix has been a frequent borrower in the capital markets. As of Sept. 30, the company had $16.2 billion in debt on its balance sheet. The priority early on was to gain a wide lead in streaming by quickly acquiring as many subscribers as possible. Since Netflix was the only game in town, it spent the most on content by default.

It’s notable that the company’s rise over the past decade has coincided with historic stimulative measures from central banks. Consequently, Netflix has benefited from low interest rates during a time when it borrowed substantially. In April, the business raised over $1 billion total in the U.S. and Europe at the lowest interest rates in its history.

Borrowing just because rates are low is foolish, with a small “f.” But for Netflix, it’s critical because it fills up the war chest to better the service and gain new customers.

If you’re a long-term owner of Netflix stock, worrying about free cash flow generation next year is absurd. It’s a fantastic sign that management keeps plowing capital back into the business. It makes financial sense, it widens the economic moat, and the timing is right as interest rates have never been lower.

The value of the business grows every year as Netflix adds more and more subscribers. Whenever content spend starts to level off, free cash flow production will accelerate.

The aforementioned $45 billion spent on content since the start of 2017 has translated into $176 billion in additional market value for Netflix. If the future even slightly resembles the past, long-term investors will benefit greatly.

Movies - Movies on TV this week: 'The Dark Knight'; 'North by Northwest'