Copa Airlines is now an all-Boeing 737 operator, with the 737 used on routes up to 3,385 miles. Fundamental to Copa is its so-called ‘Hub of the Americas’, which has very well-coordinated waves and high frequencies. It has 79 destinations in the first week of November, with the carrier’s Panama City hub – linking the Americas – explored below.

Copa Airlines is a hub-and-spoke airline based in Panama. Its purpose is to link North America, South America, Central America, and the Caribbean using its excellently positioned Panama City ‘Hub of the Americas’. This has:

Stay informed: Sign up for our daily and weekly aviation news digests.

COPA’s fleet now comprises one aircraft: the Boeing 737. Its website says it has 62 in all, two less than it had in 2012, comprising:

Like many airlines, COPA’s fleet has streamlined since coronavirus shook up the world. It retired its Embraer 190s, which were acquired in 2020 by Australia’s Alliance Airlines, and it removed its lower-capacity B737-700s.

While this was fleet commonality was inevitable – it said it wanted to speed up the exit of its Embraers even before COVID was known – it has resulted in less flexible seating and the inability to right-size routes and flights to demand. After all, its Embraers had 94 to 106 seats, while its B737-700s had 124.

This was especially important in developing routes and offering higher frequencies, crucial for the carrier’s hub. However, cost savings from a more uniform fleet – together with lower seat-mile costs from bigger aircraft – no doubt offsets this.

These 79 destinations are across 33 countries. Of these, the US has the most seats, as shown below.

Copa has 11 US destinations in this week, with Miami predictably top with 42 weekly departures (six-daily), followed by Orlando with 35 (five-daily). Two more routes – Denver and New Orleans – will resume later.

Hub of the Americas

Copa has well-defined arrivals and departures, with six clear waves in all. A wave comprises one arrivals bank and one of departures, as is illustrated below. This high level of coordination means that connections are often around 90 minutes.

Key in this are high frequencies, resulting in greater convenience, usability, and competitiveness. In fact, Copa has an average of 15 departures in this week, analyzing OAG data shows. Yet, some 15 routes have a minimum of 35 departures, or five a daily. These include San Jose (Costa Rica), its most-served with 63 weekly, followed by Bogota, Cancun, Havana, Lima, Medellin, and Miami. This is reasonably low when compared to pre-COVID days. 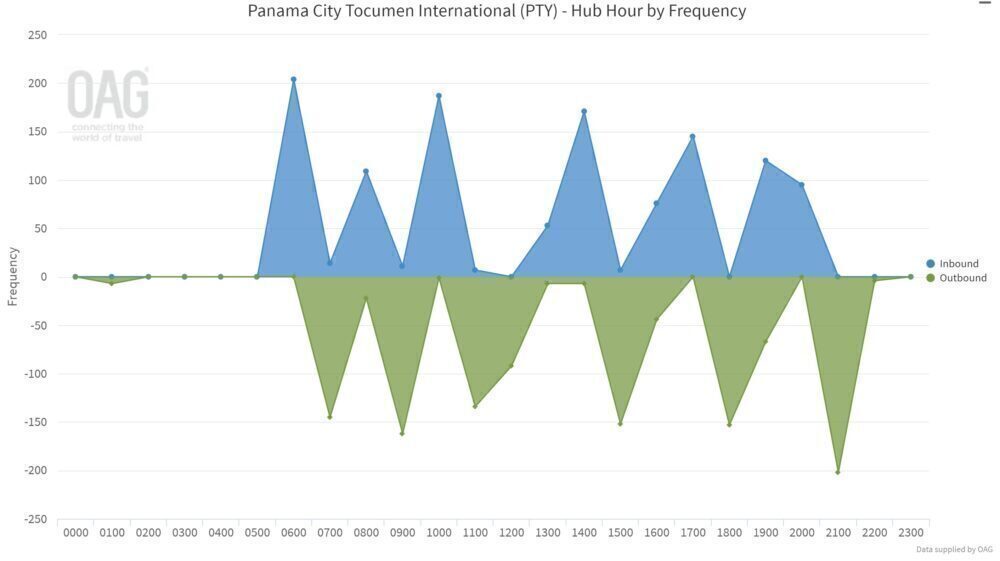 Consider a random example: Santiago (Chile) to Cancun. Copa has 35 weekly departures to Santiago and 49 to Cancun. Outbound from Santiago to Cancun, the options would be:

Copa has many core markets which it strongly defends, helped by its high presence to them. It has also has a close, positive relationship with the Panamian government. This is similar to that between Ethiopian Airlines and the Ethiopian government, which has been part of that airline’s success.

What do you think about COPA? Add a comment!

Blockchain News – Ethereum is ‘number two’ next to bitcoin