Millions of players who had waited for one of the most hyped games of the last decade were left disappointed and there are even some class-action lawsuits against the company who made it, all related to how the game turned out in its initial release.

That said, car lovers have a lot of vehicles to enjoy in Night City and beyond, the dystopian open-world setting of Cyperpunk 2077 catering to a wide variety of tastes when it comes to gearheads and not only.

Despite its bugs, which should be settled by continuous patches over the following year, the role-playing game does have its fair share of GTA-style vehicular mayhem, and all the vehicles present in Cyperpunk 2077 have been styled to look like futuristic versions of 70s and 80s sports cars, luxury cars and motorcycles, with the only common denominator regarding their design being just that: cyberpunk. Oh, and there is also a Porsche 930 in there, the only real-world car in the game.

With that in mind, some people have wondered how that dystopian future might look if it included some of the world’s most popular vehicles today, made to look like they are part of the Cyberpunk 2077 universe.

The peeps at Bristol Street Motors put together a short list of cars that you see almost every day, and added a serious touch of cyberpunk design features that either completely change their initial looks or augment them for the dystopian future presented in the game.

Strangely enough, there is also a Tesla Cybertruck in the list, a car that was already the epitome of cyberpunk design in the modern automotive universe, but the car that caught our eye the most is a MINI Cooper, whose Cyberpunk 2077 design features seems to work perfectly with its inherent retro style. 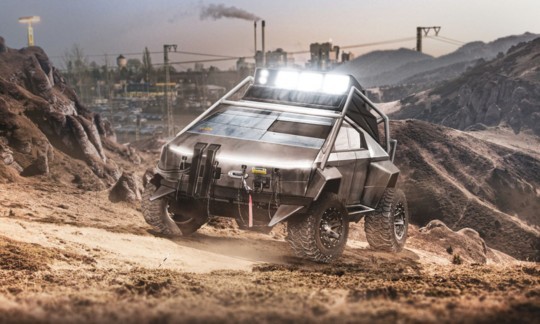 The list continues with a neon and holograms-infused London double-decker bus, a Range Rover Evoque that now features a ramp to cut through road blocks, an Audi R8 with an external roll-cage, and a rally-ready Ford Fiesta.

Almost all cars feature either extra aerodynamic parts or exo-skeletons to help with whatever the Night City populace will throw at them while you’re just driving from one mission to another, trying to survive in a world that can be both gloomy and beautiful at the same time.

The MINI is obviously the most desirable getaway car in the city, but you could also blend in with the crowd in the double-decker bus or pick up some body augmentations in a slightly more inconspicuous manner with the Ford Fiesta. 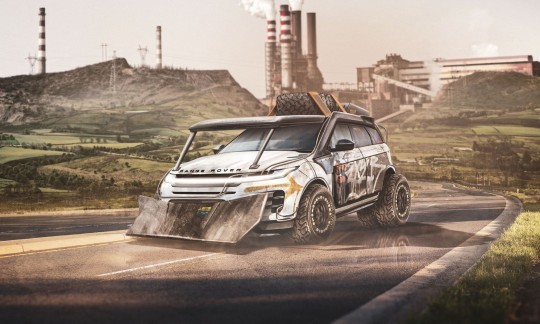 The Evoque is definitely fit for escaping Night City on your way to the surrounding Badlands, where the Tesla Cybertruck can rule almost any terrain thanks to its superior ground clearance and go-anywhere attitude, as long as its electric range is long enough, of course.

In other words, our go-to choices from the short list would probably be the MINI for pivoting around the busiest streets of the city at high speeds, and the Cybertruck to overcome the harsh conditions of the outside, except maybe the occasional steel balls hitting its side windows after being thrown by its optimistic designer.

We’re pretty sure our two choices don’t coincide with everyone’s preferences, though, not to mention that some people would see completely different vehicles used as basis for this dystopian vehicular warfare.

With that in mind, which one is your favorite hooptie from the above mentioned and what other cars would you like to see complementing the list? Maybe CD Projekt RED will add more DLCs or updates to include something similar in the future of the game.