Shares of Snowflake (NYSE:SNOW) were climbing last month after the cloud-based data warehousing company delivered a strong second-quarter earnings report. According to data from S&P Global Market Intelligence, the stock finished August up 15%.

As you can see from the chart below, it was an up-and-down month for Snowflake, but the earnings report late in the month helped the company finish August with double-digit gains. 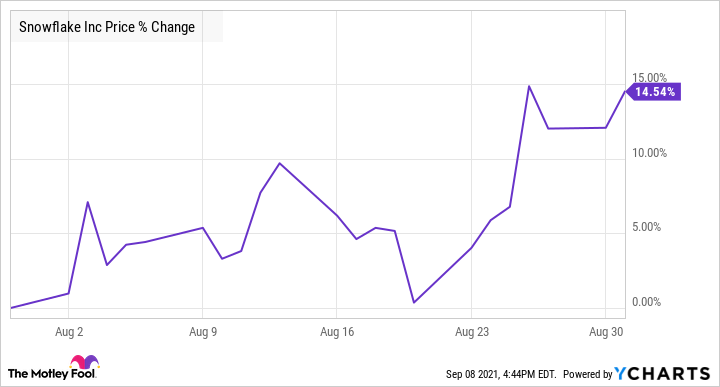 Snowflake has been volatile since its IPO a year ago, as high-growth, high-priced stocks often are. However, the second-quarter report helped show why the stock warrants a high multiple. 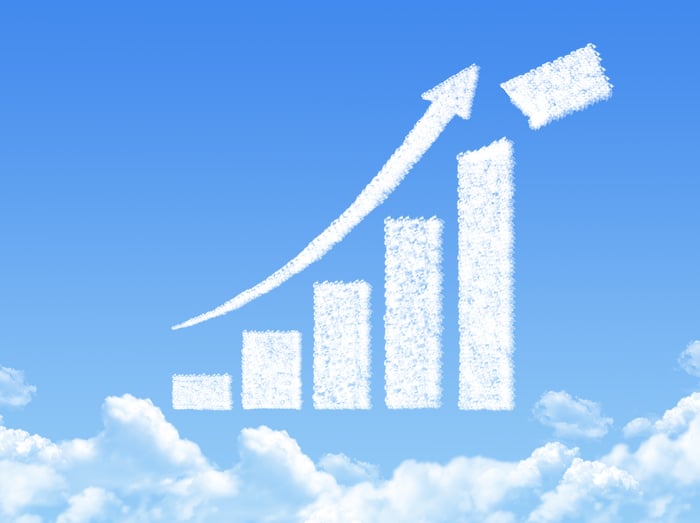 Prior to the Aug. 25 earnings report, the stock pulled back. It fell 5% on Aug. 20 after Cleveland Research said that new customer additions had slowed in the second quarter, and that its sales partners were seeing longer sales cycles due to increased competition.

However, the stock popped on its earnings report the following week, gaining 7.6% after it beat estimates. Snowflake reported 104% revenue growth to $272.2 million, ahead of the consensus at $256.5 million. Net retention rate was 169%, showing a surge in usage from existing customers. On the bottom line, the company reported a per-share loss of $0.64, which was worse than the analyst consensus at $0.15, but investors were more focused on the top-line performance.

That guidance indicates that the company’s blistering growth shows no signs of slowing down. It’s also making progress toward profitability, showing the business scaling up. While the stock is trading at a sky-high price-to-sales ratio near 100 based on that guidance, it’s hard to ignore a cloud stock with triple-digit revenue growth and a 169% net retention rate.

Where businesses go wrong on influencers