PayPal announced the launch of PayPal Galactic, an initiative that addresses the issues to help make universal space payments a reality.

PayPal Galactic brings together leaders in the scientific community, including the SETI Institute and Space Tourism Society, to prepare and support the future of space commerce.

Already the need for a galactic payment system exists as astronauts inhabiting space stations still need to pay for life’s necessities from their bills back on Earth to their entertainment, like music and e-books, while in space.

Space Tourism Society said that “within five to ten years the earliest types of ‘space hotels’ and orbital and lunar commerce will be operational and in need of a payment system”.

This visionary programme, spearheaded by PayPal, working with the SETI Institute, aims to bring together leaders in the space industry to work on the big questions around the commercialisation of space. These include: 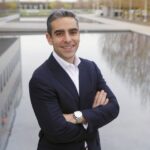 “As space tourism programs are opening space travel to ‘the rest of us’, this drives questions about the commercialization of space. We are launching PayPal Galactic, in conjunction with leaders in the scientific community, to increase public awareness of the important questions that need to be addressed.

“We may not answer these questions today or even this year, but one thing is clear, we won’t be using cash in space. PayPal has already pushed payments onto the Internet, onto mobile phones and across terrestrial borders. We now look forward to pushing payments from our world to the next, and beyond.”

To support the SETI Institute and its mission to improving the understanding of life on Earth, and the search for life beyond it, PayPal is launching a crowdfunding campaign powered by FundRazr.

The SETI Institute’s scientists play an active role in some of the world’s most advanced scientific ventures, including groundbreaking studies in astrobiology and radio astronomical research with the Allen Telescope Array.

“PayPal and the SETI Institute are well-matched to work on PayPal Galactic because together we can create a recipe for innovation.

“PayPal envisions exploring possibilities in space the way that we do, breaking boundaries to make real progress. When the SETI Institute succeeds in its exploration of the universe, and as we find our place among the stars, PayPal will be there to facilitate commerce, so people can get what they need, and want, to live outside of our planet.”

IBM – India faced second highest no of cyberattacks in APAC region in 2020: IBM

Paypal Stock – PayPal’s Boss Says He’s Out to Make the Company a ‘Leader, Not a Reactor’ in Digital Currencies – Digital Transactions

Paypal Stock – As cases rise, Kauai police release these tips for seniors to avoid being victims of scams

IBM - India faced second highest no of cyberattacks in APAC region in 2020: IBM