SoftBank wants to list payment app PayPay, the CEO of its wireless unit said on Tuesday, adding that subsidiary SB Payment Service could also be a candidate for listing, as he seeks to illustrate growth potential at Japan’s No.3 carrier.

QR code payment app PayPay has acquired almost 40 million users since its launch in October 2018 through aggressive rebates as Japanese consumers shift away from cash.

“We want PayPay to IPO in the future so it will become independent… I don’t think that would be too far out,” said Junichi Miyakawa, who became chief executive of SoftBank Corp last month, at an earnings briefing.

The telco is seeking to convince investors of its ability to grow new business lines as the wireless market matures.

SoftBank is offering financial services via the PayPay app and plans to expand in Asia via chat app operator Line, which completed a merger with the telco’s internet subsidiary Z Holdings in March.

As part of its “Beyond Japan” strategy, SoftBank separately announced it is taking a 23 percent stake in the data analytics arm of Malaysia’s Axiata Group. 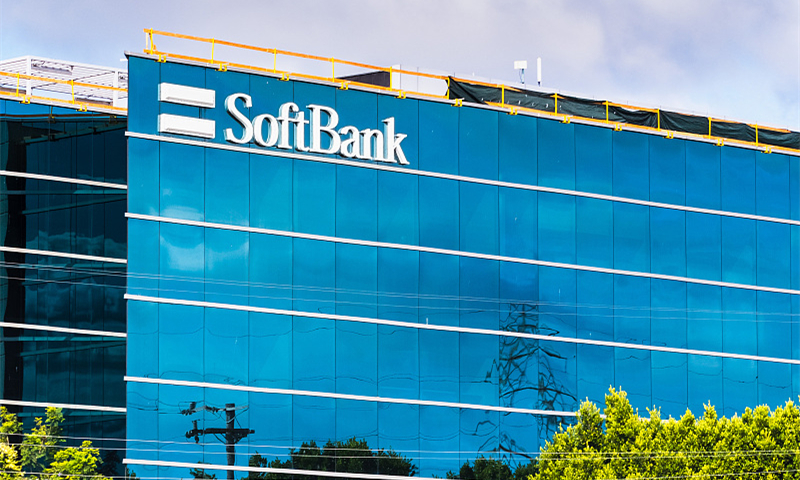 The headquarters of SoftBank in California Photo: VCG

WeWork agreed to go public late last month through a merger with a blank-check firm in a deal that values the start-up at $9 billion. SoftBank Group Corp said it would retain a majority stake in the company after the merger.

The expansion on payment apps comes amid the rising trend of payment tools.

PayPal’s quarterly performance built on an equally strong 2020 for the company, which also saw record levels of payment volumes.

California-based PayPal processed $285 billion in payments in the first quarter, up 50 percent from a year earlier, and added 14.5 million net new active customers.

The company has been among the big winners of the pandemic as more people used its payment services to shop online and pay bills while staying indoors during the health crisis.

Visa Inc, the world’s biggest payment processor, is emerging from the COVID-19 pandemic, its top boss said last month, helped by a surge in online shopping.

Venmo, PayPal’s app which allows individuals in the US to send each other money, processed $51 billion in payments in the quarter, up 63 percent.

Paypal’s rival Square Inc reported a profit for the first quarter last Thursday, boosted by a surge in transactions on its P2P payment service Cash App.