Home » Playstation 5 – Judgment Is Just as Great on PlayStation 5

There is more to the streets of Kamurocho than the rampaging Yakuza, contesting territory borders and flaunting questionable fashion choices. Judgment already proved this on last-generation, but the developer RGG Studio reinforces this statement by releasing the highly successful game on the current generation of consoles, with a visually updated version. This is just a hint about the future of the series, but one that leads to high expectations.

Originally a PS4 exclusive, Judgment was developed as a spin-off to the main Yakuza series, with the same setting, but fresh stories and characters. The success of the game determined SEGA to recently confirm that Judgment will continue with a new episode, planned to launch this fall. Lost Judgment will be following in the footsteps of the Yakuza series: real-time action with a lot of street-brawling. More surprising is the decision of the publisher to push Yakuza on a new path debuted in Like a Dragon, forging a new legacy as a turn-based role-playing game.

This confirms that the adventures of Takayuki Yagami hit the spot, and both the critics and the public fell in love with the former attorney turned private detective. If you have ever played or heard about the Yakuza series, you know what to expect: an almost open-world street-brawler, with tons of side activities, investigation cases, and drone races. The original release closely followed the recipe of the main series, and the relaunch for the current-gen does not change the already proven formula, just ads some cosmetic improvements.

Kamurocho is the already well-known venue for all the action, a playground that forces our hero, Takayuki, to face the demons of his past. The story starts slow, but soon it branches out and turns into the best kind of detective fiction, with many interesting characters, unexpected turns of events, and a plot that involves not just the criminal underworld, but the government as well.

Judgment, just as any other Yakuza game, is not a short experience: you will need around 35-40 hours just to figure out the main storyline, without taking into account the side cases and all the extra activities. Although it might sound overwhelming, the developers managed to find a pace that actually ropes you in little by little until you are completely hooked and engaged in discovering all the secrets hidden in Kamurocho.

The gameplay did not change compared to the PS4 version, already reviewed by Softpedia. At its core Judgment is still a street-brawler that takes place in a relatively small, but extremely detailed and well-thought-out space. Getting involved in the business of the neighborhood will mean solving various assignments, helping out colorful characters, and increasing your reputation, bringing your way new opportunities and adventures.

You also have an active love life, several romantic interests, and countless side activities from drone racing to playing darts, from improving your skills in the batting cages to mastering shogi. Visiting the SEGA Arcade you can pass time by besting some legendary games like Fantasy Zone or Virtua Fighter 5.

All in all the game is bursting with content, improving the formula of the Yakuza games by adding simple, but extremely addictive mini-games such as tailing suspects, analyzing evidence, picking locks. One common element remains the surprise attacks of the various thugs.

This point is one of the few shortcomings of the game: initially fun, the frequency and monotony of these street brawls will become somewhat tedious, especially when you are about to beat to a pulp for the sixth or seventh time the very same mini-bosses. It does not offer you too much experience, so after a while, you will be tempted to just ignore these encounters and focus on other tasks. 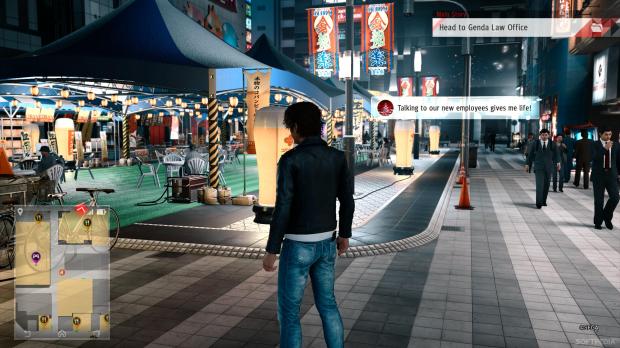 The new release includes every extra content that was released for the game post-launch. This translates into a lot of knick-knacks waiting for you in the mailbox outside your office ranging from decorative elements to liven up your base of operations to outfits you can offer for the love interests you will encounter. Among the bonus items, you will find some that will prove useful, like the unlimited energy booster, which makes the fights much easier, but most of them have only cosmetical value.

The biggest change is in terms of visuals and performance: the framerate has been doubled to 60 fps, which makes a huge difference during the fights. All the characters, locations and the entire game blooms to life thanks to the improved textures and lighting.

Compared to the original release, the current-gen may seem a bit less saturated and less dramatic visually, but the new special effects make the PS5 version feel more natural.If all the variables come together at the right time, in some places the game almost achieves photo-realism. All in all, Judgment is the best-looking game developed by RGG Studio, being even more impressive than Yakuza: Like a Dragon. 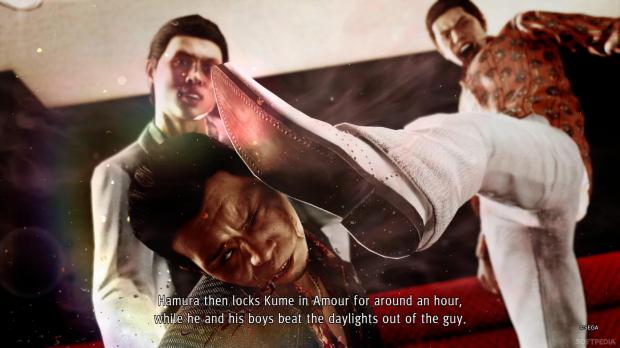 If you have missed the original Judgment and you have a current-gen console, this is the best moment to see why the first chapter in the adventures of Takayuki Yagami is so mesmerizing. The story, the characters, all the activities, both is variety and number, the gameplay, as pace and scope – every element recommends Judgment as a very well put together experience.

Judgment is one of the best games developed by RGG Studios, one that needs to be played by anyone who likes video games. Adding all the extra content and visuals, make-up is a welcome bonus, the improved framerate making a real difference when it comes to the fast-paced combat. The current-gen release makes us really excited about Lost Judgment and gives us high hopes for the future of the series.

T Stock – Looking for Tech Stocks? These 3 Are Great Buys

T Stock - Looking for Tech Stocks? These 3 Are Great Buys