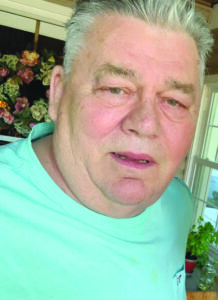 Bob grew up in Meshoppen and served his nation within the Vietnam Battle from 1964-1966 and served within the Military Reserves from 1966-1970. He owned and operated the Black Walnut automotive wash for a few years. He retired from Procter & Gamble in 1997. After his retirement, he was an avid golfer for a few years, successful numerous league championships at Tall Pines Golf Course. He loved touring and visiting new locations, NASCAR, and was a automotive fanatic, all the time buying and selling automobiles.

He loved spending time together with his daughters most of all. He would take Delicia to countless hockey video games and concert events rising up. He would all the time ensure that Delaina and her mates had pizza and had been correctly scared whereas watching scary motion pictures.

Bob completely adored his granddaughters, all the time beaming from ear to ear when speaking about them. They had been his world.

On May 11, 2013, Bob married Susan Pattison Jones, the love of his life. They spent all of their time collectively and loved buying, touring and numerous hours of watching the Meals Community. Bob was all the time arising with new recipes and loved utilizing his smoker and particularly sharing his meals for his quite a few household dinners he hosted.

A non-public service can be held on the household’s comfort.

In lieu of flowers, donations will be made in his reminiscence to the United Mitochondrial Illness Basis at www.umdf.org or 8085 Salisbury Street, Suite 201, Pittsburgh, PA 15239 in honor of his granddaughter, Abriella (Abbi) Brown.

Preparations are entrusted with the Sheldon Funeral Home, 459 Essential Street, Laceyville. On-line condolences may be made at www.SheldonFuneralHomes.com.