As the studio behind experimental games like Ether One and The Occupation, it’s clear that the folks at White Paper Games like trying new things with each of their projects, and their next game, Conway: Disappearance at Dahlia View, is shaping up to be very different from any of their previous stuff. Describes as a story-driven observational thriller, the game will see players taking on the role of titular protagonist Robert Conway, a retired detective who returns to the forefront to investigate a mysterious disappearance. The game is definitely making some interesting promises, and recently, to learn more about it and what to expect from it, we reached out to its developers at White Paper Games. Below, you can read our conversation with game designer Pete Bottomley and platform programmer David Smith.

“Our games have the goal of respecting our players’ time and input so we’re always looking for ways to include meaningful interaction to help tell emotional beats.”

Having made games such as Ether One and The Occupation, you have a reputation for crafting experiences with very unique premises. In light of that, can you talk us through the process of how you landed on what would drive your next game?

Pete Bottomley (Game Designer): As a team we tend to concept together to come up with what our new games will look and feel like. Each department comes at it from what interests them the most creatively. A goal for this game was to have a voice protagonist and for us to double down on puzzle design elements we learnt on Ether One along with the character driven dialogue interactions from The Occupation.

We also like to approach a different time period with each game. So in Conway, we’re setting the game in a North East British town in the 1950s. It wasn’t until these elements came together that we decided to change the game from a first-person perspective to a fixed camera perspective which opened up the opportunities for voice gameplay and cinematic “thrillery” tones to help set the pace.

Observing and profiling suspects is apparently going to be a big part of the experience in Conway: Disappearance at Dahlia View. Can you talk to us about how this will be implemented in gameplay?

Bottomley: There are 3 core loops of gameplay to help observe and profile suspects: observations, search and evidence review. In the observational scenes, it’s a very ‘Rear Window’ approach to gameplay. You’re able to spy on your neighbours at key points throughout the game to find interesting threads to pull at which gives your objectives. The search “gameplay” then allows you to go into their personal spaces to pull at those threads to find key pieces of evidence through solving puzzles. In the “evidence review”, you’re then able to manually pin pieces of evidence together to get your suspect.

Detective stories have to find ways to always keep audiences on their toes, but it seems like you want the story in Conway: Disappearance at Dahlia View to resonate with players on a much more emotional level as well. How does the game strike a balance between those two storytelling responsibilities, so to speak?

Bottomley: I think you can have a well-paced but emotional detective thriller when done right. Our games have the goal of respecting our players’ time and input so we’re always looking for ways to include meaningful interaction to help tell emotional beats. Two tools we’ve been able to utilise in Conway over Ether One or The Occupation are the use of a first-person narrative and the use of camera work to drive gameplay. Since our previous two titles have been first person, we made the conscious effort to try and deliver emotive gameplay through the use of dialogue and camera work. We think we’ve threaded this approach correctly so hopefully our players will resonate with the storytelling when they play Conway. 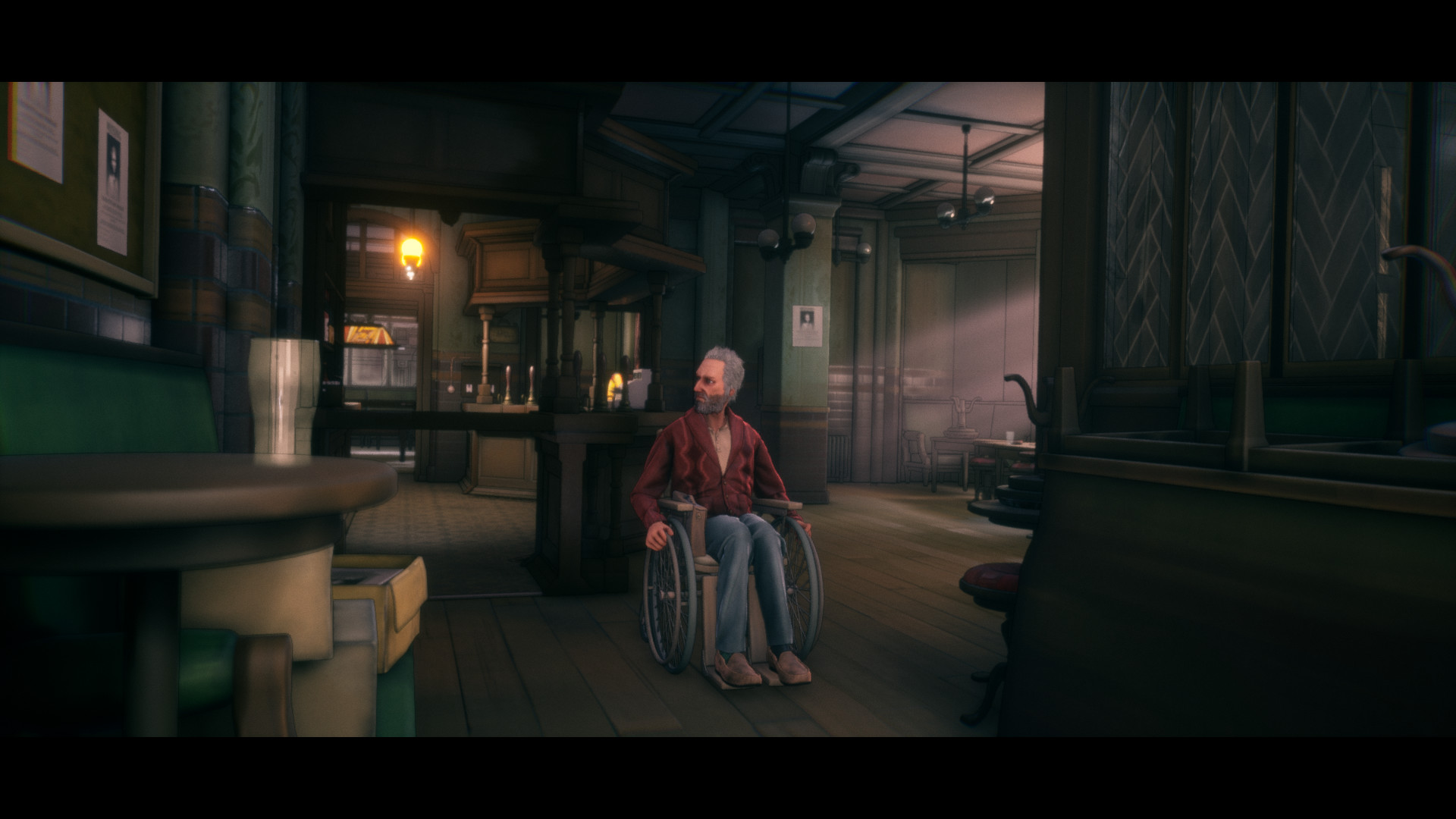 What form do interrogations take in the game from a mechanical point of view? Should players expect these to be puzzles in and of itself, or does the game go about this in a different way?

Bottomley: Although there’s a similar structure, we don’t interrogate any of the neighbours in the game. Robert Conway is unofficially working on the case so he doesn’t have the legal tools at his disposal. Instead, he has to root and pry out information from his neighbours to build his case. Mechanically, the conversations will play out in a similar way as the interviews in The Occupation which means that the player unlocks questions based on information they’ve uncovered in the level which then unlocks different dialogue responses.

Roughly how long will an average playthrough of the game be?

Since the reveal of the PS5 and Xbox Series’ specs, a lot of comparisons have been made between the GPU speeds of the two consoles, with the PS5 at 10.28 TFLOPS and the Xbox Series X at 12 TFLOPS. How much of an impact on development do you think that difference will have?

David Smith (Platform Programmer): When it comes to the smaller teams working on cross-platform titles, it won’t make that much difference. Ultimately the Unreal Engine is constantly being optimised for both sets of hardware and it’s in Epic’s interest to keep them in line with each other supporting features like ray tracing. We haven’t noticed any significant performance differences between the two consoles during development of Conway.

The first-party studios and platform holder partners will be the ones with the time and resources to push and get the absolute most out of the hardware. We’re really looking forward to seeing what companies like Naughty Dog and The Coalition manage to accomplish on PS5 and Xbox Series respectively.

Bottomley: There’s a dual approach we can take advantage of as developers not only with the faster SSD’s but also in combination with Unreal Engine 5. When you’re creating the larger 3D games that we tend to design at White Paper, streaming the content for the player and knowing how to approach the design of the levels to get them to the most optimal performance takes a lot of time. With quicker loading times, you have less need to design features into loading screens along with the streaming of the content at runtime. Unreal Engine 5 removes the need for this side of development and instead ‘chunks’ the content under the hood. I think you’ll see some big changes to level design with these two upgrades in the development pipeline. 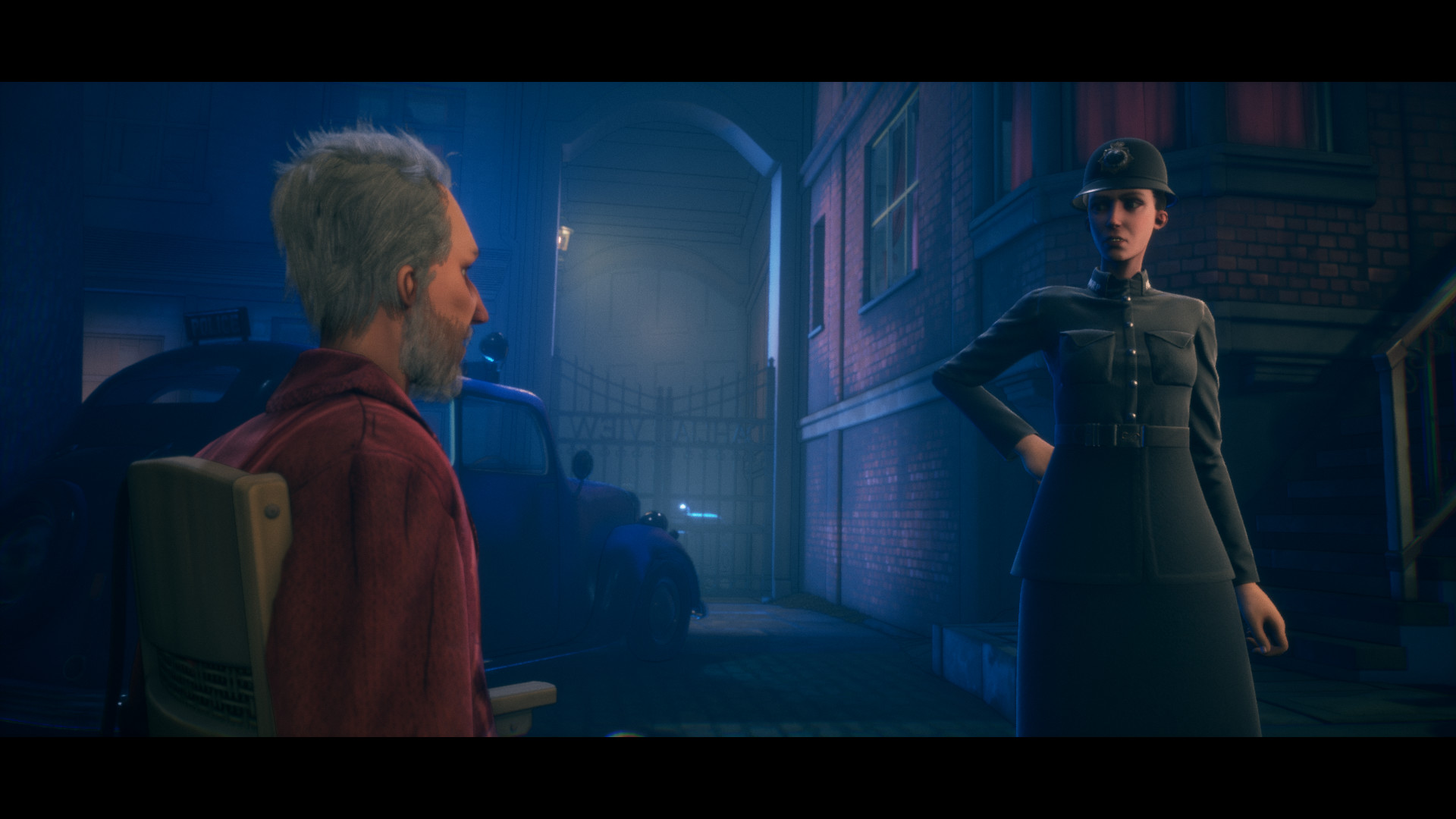 “On PS5 and Xbox Series X, we will have an option to play in native 4K, but we will also be revealing much more detail on graphical options soon.”

Bottomley: From a developer perspective, we don’t have CPU intensive games. The most amount of processing we do is with AI/characters along with any physics simulations such as cloth. It’s an obvious statement to make, but the more CPU power we have to raise the visual fidelity of gameplay elements the better. The micro difference, although a huge win for larger games making the most of each thread to squeeze out the best performance for players, I don’t think you’d see too much difference in our titles between the two.

The Xbox Series S features lesser hardware compared to Xbox Series X and Microsoft is pushing it as a 1440p/60fps console. Do you think it will be able to hold up for the graphically intensive next-gen games?

Super Resolution is coming to PS5 and Xbox Series X/S. How do you think this will help game developers?

Bottomley: In a couple of ways. Firstly, very visually intense games created by small teams will have more tools at their disposal to help get their games running to a better visual quality with less graphics programming needed. Obviously you always want to optimise the GPU as much as you can, but sometimes small teams can struggle with this so having extra levers will help in that respect. It also helps older games run at their best possible visual bar without needing to go back and change too much of the content which maintains the long tail of accessing the games later in cycles.

What frame rate and resolution will the game target on the PS5 and Xbox Series X/S?

Bottomley: On PS5 and Xbox Series X, we will have an option to play in native 4K, but we will also be revealing much more detail on graphical options soon.