PS5 Games – Here’s one way the PS4 won’t ever beat PS2, and one way it already is

PS5 Games – Here’s one way the PS4 won’t ever beat PS2, and one way it already is

The PlayStation 4 is highly unlikely to ever beat the PS2’s mighty hardware sales reign, but it’s already beating the legacy titan’s software sales.

Sony’s latest financial report confirms PS4 sales are drying up quickly. In Q1 FY2021, the PS4 shipped 500,000 units, marking the first quarter that the console sold-in less than 1 million. Right now total PS4 shipments sit at 116.7 million, as compared to the PlayStation 2’s mighty 155 million sales. The PS5 is already overlapping the PS4 at a rapid rate as the PS4 enters market saturation. It would take a miracle for the PS4 to beat the PS2’s sales. 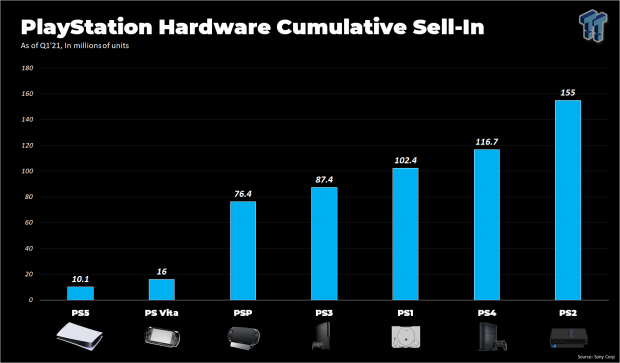 The PS2 isn’t completely dominating, though. The PS4 is actually beating the PS2 quite handily in game sales.

To date, the PS4 has sold in over 1.6 billion digital and physical games compared to the PS2’s 1.537 billion. (As of Q3 2020 Sony now reports PS4 and PS5 game sales mixed together, however findings from ArmGunar pinpoint 1.477 billion software sales as of Q2’20). 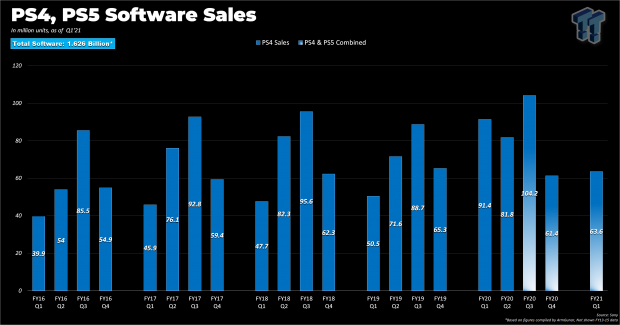 The reality is both the PS2 and PS4 are products of their time and the sales match accordingly. The PS2 was on the market for 12 years during a time when DVDs were new, which helped spark sales that were elongated past a decade.

The PS4 has only been on the market for ~8 years, but even with another 4 years the console probably won’t break past the 130 million mark–not with the PS5 starting to take off.

Digital sales helped the PS4 surpass the PS2 despite the latter having a ~4 year lead.

With the PS4 unlikely to ever dethrone the PS2’s huge hardware sales, analysts and gamers are curious about the PlayStation 5’s chances. Could the next-gen system beat one of gaming’s most celebrated systems? Or will the PS2 reign supreme on Sony’s charts?

Here’s one way the PS4 won’t ever beat PS2, and one way it already is