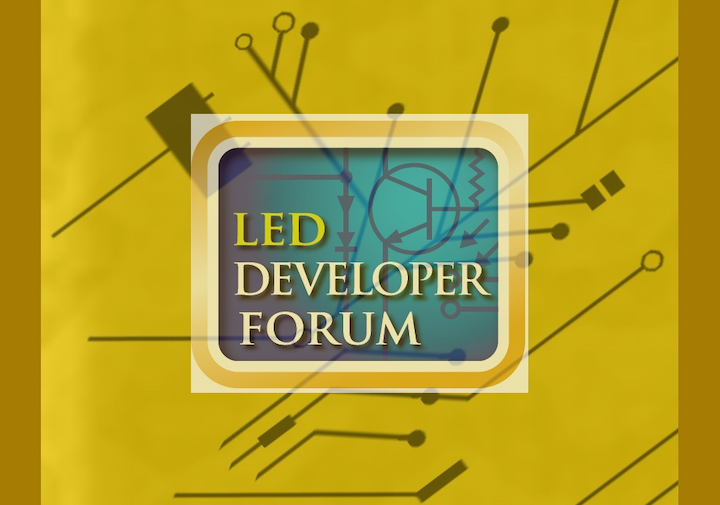 In a feature article published during 2020, we summarized several methodologies for effectively driving LEDs in solid-state lighting (SSL) designs. The takeaway from that article was that there are multiple advantages that linear LED drivers can provide in SSL product development. Advantages of linear LED driver architecture include lower cost, simple scalability of the output channels, no magnetics required, significant ripple suppression, better electromagnetic interference (EMI) performance, and the topological capability to place several circuits in parallel without a cumbersome selection of LED devices.

However, there is a reluctance to employ linear LED approaches, which is justified by an anticipated low overall system efficiency. Designs for a dedicated operating range optimize the efficiency of a linear circuit, but outside this range, the losses are still higher than for a switch-mode topology. A novel approach for the control loop feedback reduces this drawback significantly, enabling comparable efficiencies to those of switch-mode circuits. Measurement results show the new driver IC design achieves these design objectives.

Inside a new IC architecture 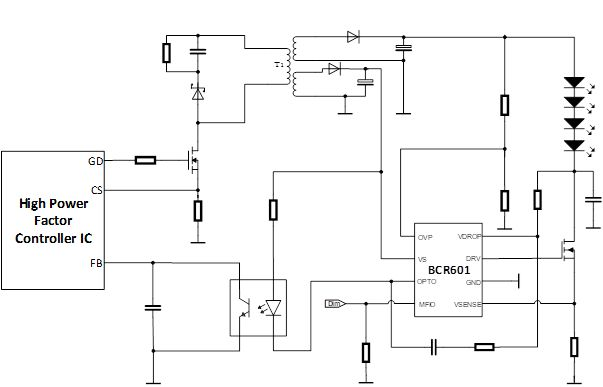 FIG. 1. Basic application schematic for LED driver with BCR601 linear driver IC in design. Images and table credits: All illustrations and table data courtesy of Infineon Technologies.A unique feature of the IC approach is the feedback to the primary side controller by regulating the output voltage of the primary stage converter. The integration in the control loop minimizes the voltage overhead and, in turn, power losses. This feedback loop uses frequency compensation to avoid interference with the power factor correction (PFC) function.

The feedback to the primary side controls the headroom for the external transistor. This voltage margin guarantees the intended current flow. An external resistor at pin VDROP determines the value of the overhead. Once the initial headroom is set up, the system will dynamically regulate the input voltage by providing an appropriate feedback signal to the primary stage. As a result, a 30W LED arrangement with 18 LEDs and 0.56A operating current achieves greater than 94% power efficiency (see the table for data on output voltage components evaluated). This is comparable to the power efficiency of an average buck controller.

This feedback feature differentiates the BCR601 from other linear controllers. Also, it allowed the the new linear controller IC to be relocated to the printed-circuit board (PCB) of the LED driver, rather than on the same board as the LEDs, as is found with common linear regulators.

Linear drivers have an intrinsic property that, with proper dimensioning, enables them to avoid fluctuations in the LED current. This property eliminates variations in brightness levels. Changing light levels might cause several negative effects for SSL system end users. The usual terms for such effects are flicker or temporary light artifacts (TLA). In different countries, regulation or legislation to limit TLA is in place or underway. The most popular topology is a single-stage flyback with integrated PFC driving a constant current on the secondary side. For proper PFC functioning, some AC voltage after the transformer is necessary, as only then can the input current follow the line voltage and minimize reactive energy use (good PF). Thus, a secondary stage has to deal with that. Alternatively, a large and expensive capacitor could smooth the voltage after the rectifier diode. 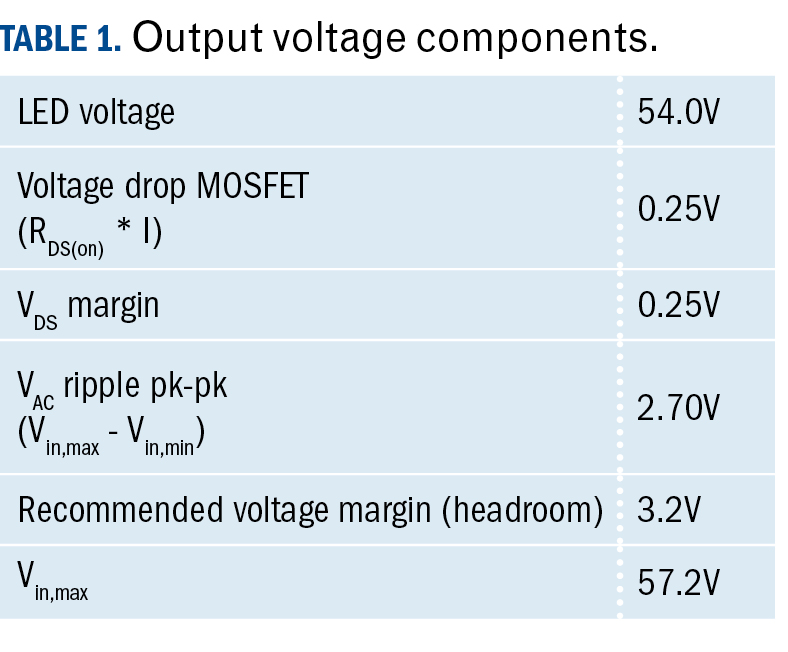 The main function of a linear regulator is the control of the output current by regulating the output voltage to the desired value. The respective driver transistor blocks the excess voltage level. As long as the minimum input voltage to the linear driver has a sufficient level — higher than the output (LED) voltage — the output current will be smooth without the ripple from the input voltage, thereby avoiding any TLA. A task for the product developer is to consider the losses of the output transistor (VDROP). Power losses are proportional to the RMS (root mean square) value of the voltage over the transistor.

The inherent ability of linear LED drivers to remove output ripple enhances the light quality considerably. This supports human-centric lighting requirements, such as the latest guidelines and Light Concepts outlined in the WELL Building Standard, since fluctuations in light levels at inopportune times might have a significant impact on the wellbeing of occupants in a space. The usual method to dim configurations such as LED strips or channel letters is a pulsewidth-modulated supply voltage. This means the supply is turned on for a certain duration of a cycle and turned off for the rest of the cycle. Depending on the time, the supply voltage is turned on relative to the cycle time (duty ratio), then the average brightness of the LED scales with the same ratio relative to full current. For electromagnetic compatibility (EMC) reasons, the cycle time usually lies between 10 ms and 1 ms. The longer the cycle time is for this digital modulation (full-on, full-off), the greater the effect on people.

LEDs typically have a very long lifetime of 50,000 hr, with some even promising up to 100,000-hr operating time. However, the definition of this lifetime is not dictated by common logic. Instead, a lifetime statement for an LED assumes that the LED will provide, after the end of the period, more than 70% of the light output from the first operating hours (known as L70). Furthermore, a common concept in the lighting industry guarantees the lifetime promise just for 90% of the whole population, so 10% might fail earlier.

Most general lighting applications require constant, uniform illumination. There are two methods to ensure that. One option is to drive the LED with a higher electrical current at the beginning to compensate for the 30% loss — which also requires at least 30% more energy over the lifetime of the SSL system. An alternative method is the dynamic increase of the LED current proportional to the deteriorating efficacy. That requires feedback from a light sensor circuit, cutting the additional lifetime efficiency loss by half. With the continued price reductions for LEDs, another suggestion is to exchange the LEDs once the luminous flux drops below a threshold. For the last approach, it is beneficial to exchange the LED module with supply voltage applied; this provides immediate feedback if the new module is working. Thus, the expensive contractor on the ladder saves time not having to climb down, switch the light on, and go up again to finish. A hot-plug feature noticeably reduces the cost of the replacement.

The novel features of the latest linear LED driver ICs open up new options for power conversion. For example, linear LED drivers support smaller LED drivers as they need fewer external components and especially no heavy and bulky magnetics. The linear operating mode provides an extra advantage as it has no high-frequency switching, which reduces the complexity of meeting EMC requirements. The omitted output power switching also eliminates the radiated energy on LED wires, facilitating longer connection to the LEDs.

Get to know our expert

For up-to-the-minute LED and SSL updates, why not follow us on Twitter? You’ll find curated content and commentary, as well as information on industry events, webcasts, and surveys on our LinkedIn Company Page and our Facebook page.

Ripple price Today – Ripple (XRP) Closes Prior Hour Down -3.6%; Crosses 20 Day Moving Average, Heads Down For the 2nd Straight Day, But Still in an Uptrend Over Past 30 Days

Ripple price Today – Top Stocks 2021: If You Only Buy One Crypto, It Better Be Dogecoin

Ripple price Today – Why XRP Holders Could Be Key In Lawsuit Against Ripple Labs – Explica .co