A new GamesBeat event is around the corner! Learn more about what comes next.

Electronic music artist Deadmau5 has teamed up with Manticore Games, the maker of the user-generated game platform Core, to build a virtual music experience and social space called Oberhasli.

It will be a virtual world where fans can hang out, attend concerts, and engage with Deadmau5 (pronounced “dead mouse”). Manticore and Deadmau5 announced Oberhasli during Gamescom’s Opening Night Live hosted by Geoff Keighley.

Core is a platform where users can create their own multiplayer games and virtual worlds, using the Unreal game engine. Earlier this summer, Deadmau5 started a contest where amateur creators on Core could create dystopian worlds for a new music video being created by Deadmau5 for the upcoming single, When the Summer Dies.

The Grammy-nominated Deadmau5, whose real name is Joel Zimmerman, created the song with musician Lights. Deadmau5 is on the leading edge of art and tech, and he recently dropped some nonfungible tokens (NFTs) on the market for Blankos Block Party, and they sold out within 5 minutes.

Three top investment pros open up about what it takes to get your video game funded.

“Oberhasli is going to be a really fun place for Deadmau5 fans to come and hang out with their friends and cross-communicate and have a good time,” Zimmerman said during the presentation. 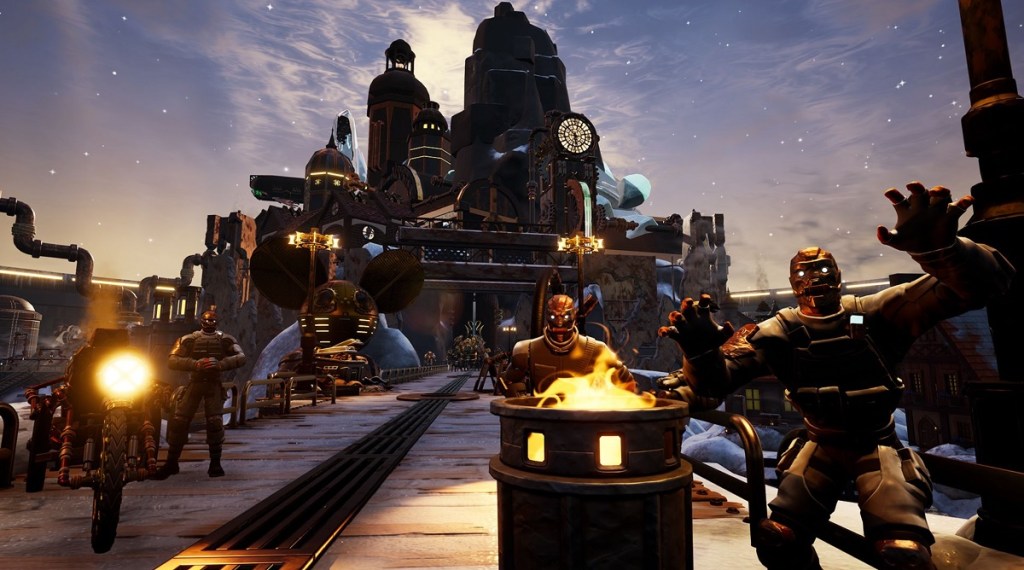 Above: Oberhasli looks a bit dystopian.

Manticore Games is one of the candidates to build the metaverse, the universe of virtual worlds that are all interconnected, like in novels such as Snow Crash and Ready Player One. And it recently raised $100 million. It’s not unlike Roblox’s user-generated content, which enabled Roblox to go public at a $41.9 billion valuation. But Core games use Epic’s Unreal Engine, with graphics that have both greater variety and higher quality than many blocky Roblox titles, which are often for kids. Core is more like Roblox for adults. Because Roblox has become so valuable, it’s clear that investors believe that Manticore Games could have a similar value.

In an email to GamesBeat, Manticore Games CEO Frederic Descamps said, “It is great to see top creators like Deadmau5 spontaneously come to Core to build their metaverse presence including worlds, games and events. Our vision for Core was always to enable and encompass other activities besides games such as social hangouts, all sorts of events, storytelling, music video, concerts and more.” 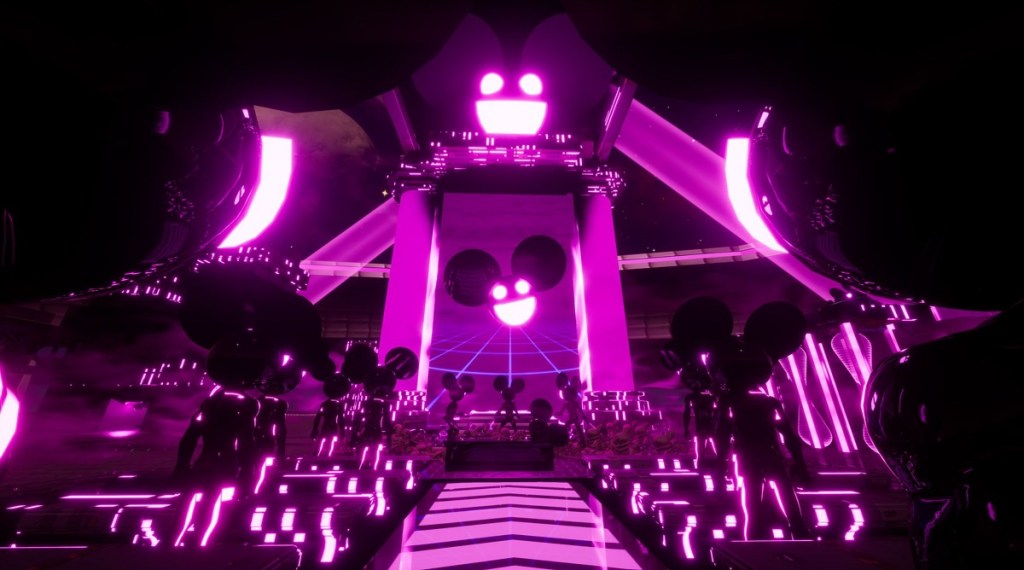 Above: Deadmau5 will perform in Oberhasli on October 14.

Designed as an interactive space in the multiverse where fans can meet up virtually, Oberhasli will feature a constantly evolving online world with music, games, and other interactive content curated by Deadmau5. Fans will be able to socialize with each other, play games, listen to live music performances, and more when Oberhasli debuts on Core October 14. Deadmau5 will perform a live music show at that time.

You’ll be able to hang out in real time and talk about news around the Deadmau5 community, like live concerts, as they happen, Zimmerman said.

While famous musicians have previously appeared in prerecorded, one-off online performances, Oberhasli is a leap forward in the pursuit of an entertainment metaverse, Manticore said. Oberhasli is intended to be a place to visit again and again.

More details about Oberhasli will be revealed soon. Core is available for free on the Epic Games Store.

“Core can definitely be used for more than just games,” said Jordan Maynard, the chief creative officer at Manticore Games, in an email to GamesBeat. “People have already made social hangouts, educational quiz games, machinima and music videos in Core. Just last week a game development class was held within Core by some of our top French creators, en francais, complete with a voice Q&A session and slides.”

Retail investors have bought $400 million of US-listed Chinese stocks this week, the largest inflow in 5 years

This could be Apple’s next $20 billion business

This could be Apple’s next $20 billion business

Bitcoin Back Above $48K, Expect Consolidation