Despite their similar blocky and colorful appearances, Roblox and Minecraft are two radically different games in terms of gameplay and price structure.

The debate surrounding Roblox and Minecraft has been raging back and forth for a number of years.

On the surface, the two games do look rather similar. The graphics for both games are colorful and comprised of blocky textures.

Both games are even targeted to the same demographics, which are comprised of kids and members of the younger generation.

However, when both games are truly compared and evaluated, they are immensely different. It is true that both games have sandbox potential, but in drastically different ways.

On top of that, Roblox is more of game engine than a stand-alone game like Minecraft.

This article will break down the similarities and differences between Minecraft and Roblox and will determine which game is better to play in 2021.

Disclaimer: This article is the sole opinion of the author and was written without external influence or incentive. It is just a simple opinion, nothing more nothing less. 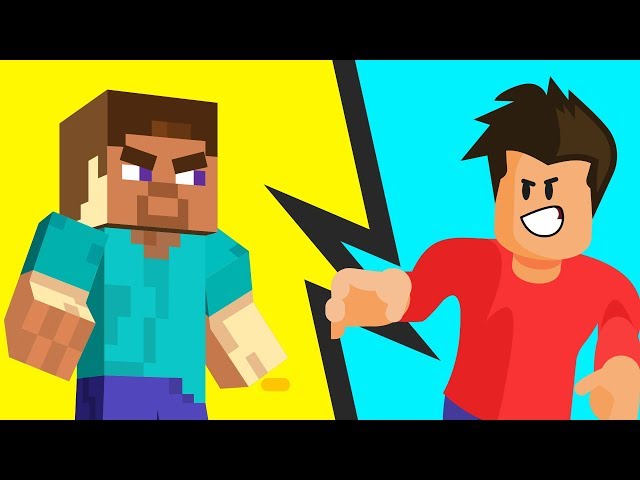 Roblox and Minecraft are both tremendous gaming options in their own right.

Gamers who already have a favorite should feel free to continue playing the game that they enjoy the most.

This article is meant to simply provide information for gamers who are unable to choose between Minecraft and Roblox.

In terms of gameplay, Roblox has the edge over Minecraft simply due to the sheer volume of gameplay options. As stated previously, Roblox is more of a game engine or gaming toolbox than a single standalone game.

Gamers can play a near endless variety of games, which include whodunits and first-person shooters. They can also try to escape from prison, raise and collect pets or roleplay a day in the life of someone who works at a pizza joint.

Roblox players can even build and create their very own games, which can be enjoyed with friends or total strangers.

Some of the very best game designers have the potential to make thousands of real dollars a month, by creating new and popular games for Roblox.

Minecraft is not that far behind though, as the game is home to a vibrant and incredibly talented modding community.

As an added bonus, most of the most popular mods for Minecraft, at least on Java Edition, can be obtained for free.

The base version of Minecraft is also a ton of fun in its own right, with several options of what to do or build.

Players can strive to defeat the Ender Dragon, build the coolest house they can, or maybe even just hoard diamonds. However, the gameplay options for Roblox is just as vast.

This is a tricky category to compare, and Roblox just barely edges out with a win over Minecraft.

Minecraft is, by far, the winner when it comes to total value. Minecraft is a standalone game that can be enjoyed indefinitely all for a single flat rate.

After paying that single flat rate to buy Minecraft, players will not need to spend a penny more to enjoy the game. The continued major updates and patches for the game have all been historically free.

Roblox, on the other hand, is a freemium game at its very core. The game may be free to play, but to truly experience all of the game options and collect some of the coolest and most sought-after items, players will be required to spend real money.

Roblox is dependent on the in-game currency, Robux, to purchase items, pay for access to certain game modes and pretty much everything in-between.

In order to make a good profit without spending real-life money, players will have to create and monetize their own content.

However, not every person has the time or ability to successfully design their own games or items, so they are likely to resort to purchasing Robux in order to access all that Roblox has to offer.

Roblox Premium is a great place to start to get the most value, but even that costs between $4.99 and $19.99 a month.

Single one-off Robux purchases, game passes and other microtransactions will add up quick, and players will likely spend way more money in the long run.

So, which game is better in 2021? Well, the answer is that it truly depends on what each gamer is looking for. This may seem like a cop-out answer, but it’s true!

If price is a major concern, then it may be best to stick with Minecraft. There is so much that players can do in the base version of the game, which really justifies its price.

However, if variety of gameplay and the social aspects are more important to a gamer, then Roblox may very well be the better game for them.

Roblox Game – Roblox Game – When Is the ‘Roblox’ Voice Chat Release Date What Do Fans Think of It? | Fintech Zoom

Roblox Game – Adopt Me, Roblox’s most popular game, has been played 20 billion times

Roblox Game – When Is the ‘Roblox’ Voice Chat Release Date What Do Fans Think of It?