The Samsung Galaxy M32 has essentially leaked in full (by Samsung itself, no less) and we even saw pricing details. Even so, the phone doesn’t officially go live until next week – Samsung and Amazon will launch the M32 in India on June 21 at noon.

So, one might say that it is too early for unboxing videos, but here we are. There isn’t much to unbox: the phone itself, a 15W charger (EP-TA200) and a USB A-to-C cable. There should be a SIM ejector in there too. This is pretty much what we expected and the same kit that the A32 comes with.

Beyond showing the contents of the retail package, the video also shows the phone in action – not that you haven’t seen One UI before and this is certainly not a new version.

Anyway, as if all this wasn’t enough, the Galaxy M32 was also spotted on the Google Play Console. It shows a MediaTek MT6769T chipset, which should be the Helio G80. Previously we heard that the phone will use the very similar G85 instead, though that GPU clock speed (950 MHz) means it is in fact the G80. The chipset is paired with 6 GB of RAM, though there should be a 4 GB version as well.

From the previous leaks and official info we know that the M32 will have a 6.4” Super AMOLED display (90 Hz, 1080p+ resolution), a 20 MP selfie camera and on the back a 48 MP main, 8 MP ultra wide, 5 MP macro cameras. The phone will have 64/128 GB storage expandable via a microSD card. Of course, a major attraction of the M3x series is the large battery and this one doesn’t disappoint – it has a 6,000 mAh power cell. 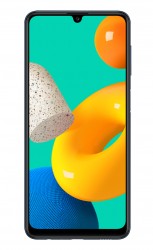 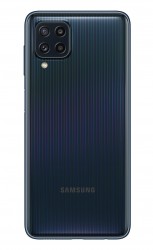 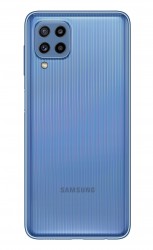 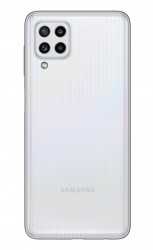