Mr Morrison vowed not to ‘tax the life out’ of industries on the road to a net zero emissions target.

‘We will not achieve net zero in the cafes, dinner parties and wine bars of our inner cities,’ he said in a speech at the Business Council of Australia’s annual dinner on Monday night.

‘It will not be achieved by taxing our industries that provide livelihoods for millions of Australians off the planet, as our political opponents sort to do, when they were given the chance.’

His words didn’t sit well with the ousted former PM, who has become increasingly vocal about Mr Morrison’s stance on climate change.

Mr Morrison vowed not to ‘tax the life out’ of industries on the road to a net zero emissions target, but admitted Australia’s energy mix will have to change over the next 30 years to get there 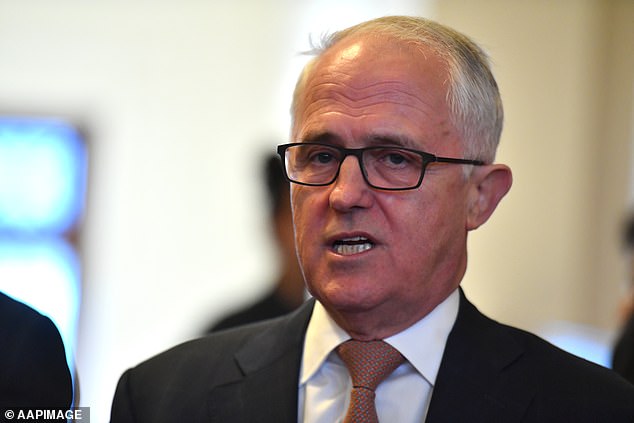 ‘Scott Morrison should cut the pathetic culture war sledges and commit to an ambitious emissions reduction target with a plan of action to get there,’ Mr Turnbull told news.com.au on Tuesday.

‘The bluster and the dodging is wearing very thin.’

Mr Morrison said net zero will be achieved by the ‘pioneering entrepreneurialism and innovation of Australia’s industrial workhorses, farmers and scientists’.

‘It will be won in places like the Pilbara, the Hunter, Gladstone, Portland, Whyalla, Bell Bay, and the Riverina,’ he said.

The prime minister is days away from a global climate summit organised by the United States where Australia will join other major emitters.

US President Joe Biden is poised to announce a more ambitious 2030 target along his road to net zero greenhouse gas emissions by 2050.

Mr Morrison has not committed to that target but says it is preferable.

‘Our current target will see Australia – this is for 2030 – reduce our emissions by 70 per cent per unit of GDP on 2005 levels, and halve it when considered in per capita emissions,’ he told the Business Council on Monday night, spruiking gas and hydrogen.

‘Don’t let it be said by those who want to talk Australia down in what we’re doing on emissions that we’re not carrying our load. We are.’

Labor has accused Mr Morrison of politicising the issue by saying net zero would be achieved in regional towns rather than in ‘cafes, dinner parties and wine bars’. 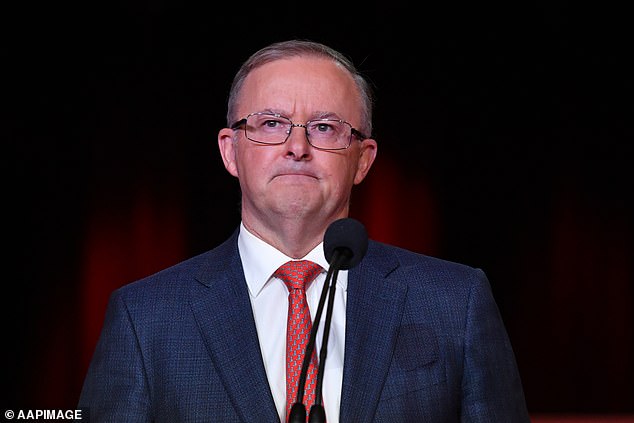 The opposition’s climate and energy spokesman Chris Bowen on Tuesday organised a virtual summit for industry focused on job creation opportunities in the sector.

‘We need collaboration between industry, workers, government and experts – and a sharing of those ideas with policy makers,’ he said.

But rather than setting out a plan for the phase-out of export resources like coal, he says its future will be based on global demand.

‘Decisions about the long-term future of those industries will be made in the boardrooms of Tokyo, Beijing, Seoul and New Delhi,’ Mr Albanese told the summit.

Critics have warned the prime minister against flirting with net zero targets and letting Australia lag behind on climate action.

Scott Morrison – A welcome plan for social housing for the needy

Scott Morrison – US vows to stand by ally Australia against China