The export curbs deepened the problems facing the COVAX scheme, relied on by 64 poorer nations, and added to previous setbacks that include production glitches and a lack of funding contribution from wealthy nations.

The shortage could leave poor nations further behind in inoculations, increasing the vaccine inequity, complicating global efforts to tame COVID-19, including more infectious variants, and exposing fresh pleas for a global treaty on pandemics as rather hollow. 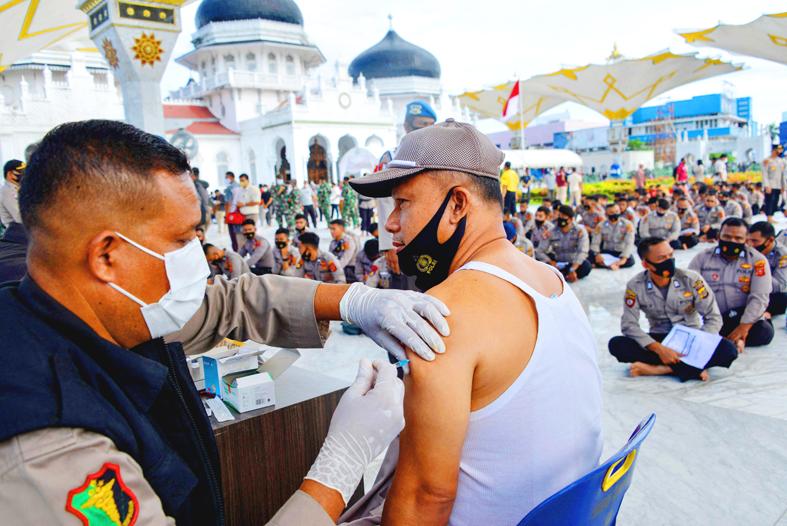 South Korea, Indonesia, Vietnam and the Philippines are among the nations to be hit by shipment delays to vaccines they have been promised under COVAX.

India, the world’s biggest vaccine maker, put a temporary hold on its exports of AstraZeneca’s vaccine being manufactured by the Serum Institute of India, as officials focus on meeting rising domestic demand.

The institute was due to deliver 90 million doses to COVAX this month and next month.

Indonesian Ministry of Health official Siti Nadia Tarmizi said that 10.3 million doses from COVAX were likely delayed until May.

South Korea confirmed it would only receive 432,000 doses of the 690,000 it had been promised and delivery of those would be delayed until about the third week of next month.

Philippine President Rodrigo Duterte has loosened government restrictions on private-sector imports of vaccines, pleading with companies to obtain supplies no matter the cost.

In Vietnam, officials have similarly asked the private sector to step in after its COVAX supplies were slashed by 40 percent to 811,200 doses and shipments were pushed back by weeks.

“We are already in discussion with some countries [to fill the gap] and there is some positive signal, we will keep you informed,” he said.

In the meantime, China and Russia were primed to step into the breach.

“We have good diplomatic relations with China and Russia, and we are asking if we can have access to their vaccines in April,” Galvez said.

Both the Philippines and Indonesia are relying heavily on vaccines from China’s Sinovac Biotech.

Is The ‘Buffett Plan’ Good For Texas’ Energy Grid?

Is The ‘Buffett Plan’ Good For Texas’ Energy Grid?