A leaked ULA email, which has now been deleted, is still making a huge noise after various security experts discovered that it contains some alarming allegations and conspiracies against SpaceX and NASA.

(Photo : Photo by Win McNamee/Getty Images)
Elon Musk, founder and chief engineer of SpaceX speaks at the 2020 Satellite Conference and Exhibition March 9, 2020 in Washington, DC. Musk answered a range of questions relating to SpaceX projects during his appearance at the conference.

Because of this, the United Launch Alliance, one of the largest competitors of Elon Musk’s space agency, announced that it would investigate the leaked files since it is considered a cybercrime.

“While we are continuing to thoroughly investigate, we have no evidence to suggest any ULA accounts or systems have been breached,” said Jessica Rye, the ULA spokeswoman.

As of the moment, SpaceX’s competitor said that it is hard to tell if the leaked email files are legitimate since there are insufficient details about them.

Although this is the case, there are various websites claiming that the released information is authentic. These include Ars Technica, saying that one of the alleged conspiracies in the files includes NASA having a connection with the recent Trump administration.

What the Leaked ULA Email Contains

According to Futurism’s latest report, the leaked email file of the United Launch Alliance first appeared on Raid Forums. However, it has already been deleted. 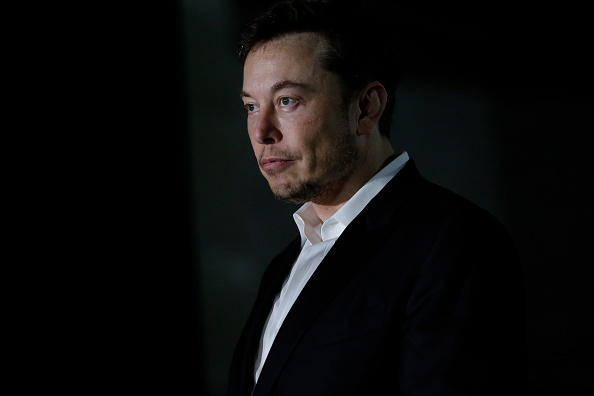 (Photo : Photo by Joshua Lott/Getty Images)
Engineer and tech entrepreneur Elon Musk of The Boring Company listens as Chicago Mayor Rahm Emanuel talks about constructing a high speed transit tunnel at Block 37 during a news conference on June 14, 2018 in Chicago, Illinois. Musk said he could create a 16-passenger vehicle to operate on a high-speed rail system that could get travelers to and from downtown Chicago.

But, BackChannel was able to save the details that the alleged email from ULA contains. Involved security experts said that it caught their attention because of the following reasons:

Aside from NASA and Donald Trump, the zip file also shows some email exchanges of Hasan Solomon, a lobbyist at the International Association of Machinists and Aerospace Workers, and ULA Vice President Robbie Sabethier.

Based on their alleged messages, they are discussing the relationship of Elon Musk and the recent U.S. President, saying that the billionaire is a supporter of the CCP and its interests.

Other Musk Conspiracies in the Email

Based on the leaked emails, which include a Microsoft Word document, the Tesla CEO has hard on U.S. regulatory agencies but was submissive when Chinese regulators are involved in his Tesla automotive business.

As of the moment, ULA is still investigating the leaked information to see if the files are authentic and if hackers really breached their system.

This article is owned by TechTimes

Amazon Prime – The 5 deals at Amazon this Thursday

Amazon Prime - The 5 deals at Amazon this Thursday