This will be a big week for stocks, especially with the Fed on Wednesday. Stocks had a volatile week, finishing lower but managing to catch a nice bounce on Thursday and Friday.

The may be the index to watch this week, especially since it failed on Friday to move past the 50-day moving average. The 50-day moving average doesn’t seem like such a big deal to me. More concerning is the downward moving trading channel that has formed over the past week. That, coupled with two giant gaps lower, suggests that the s like to have a rocky week, with a retest of at the very least $319.70.

is melting; it fell 6% on Saturday and is down about 2% Sunday afternoon. But is worse than it seems because Bitcoin had been up by as much as 5% on Sunday before reversing course. I have been looking for 43,000 for some time, and we are really close, trading around 44,000 as of this writing. I will have to re-examine this. I think there may have further to fall.

Bitcoin is telling us the risk sentiment of the market overall is shifting, and we care about Bitcoin because we care about risk sentiment. Additionally, one sees there is a relationship between Bitcoin and the major indexes. You can see how the and Bitcoin have traded together since last year.

There also seems to be a relationship between and the , again worth watching. Lumber started to show signs of breaking down last week. 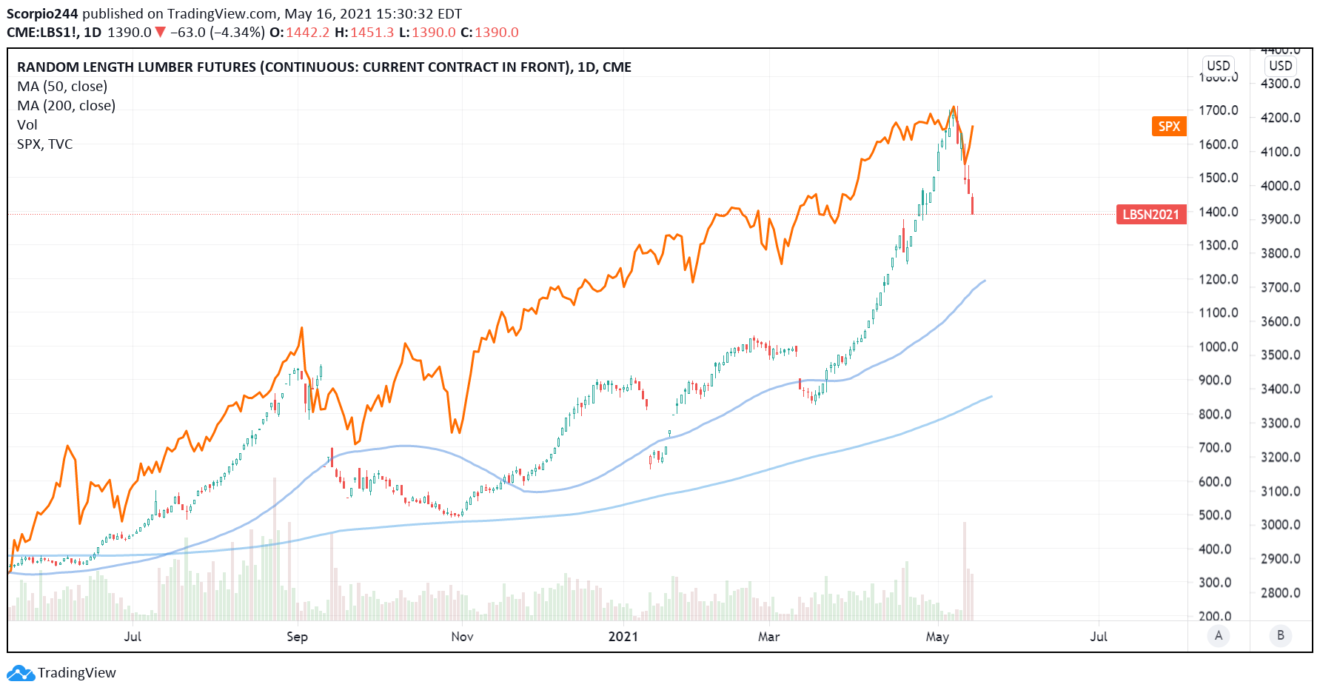 The relationship exists, probably because of stocks like Home Depot (NYSE:), which has gone parabolic in recent weeks along with Lumber. 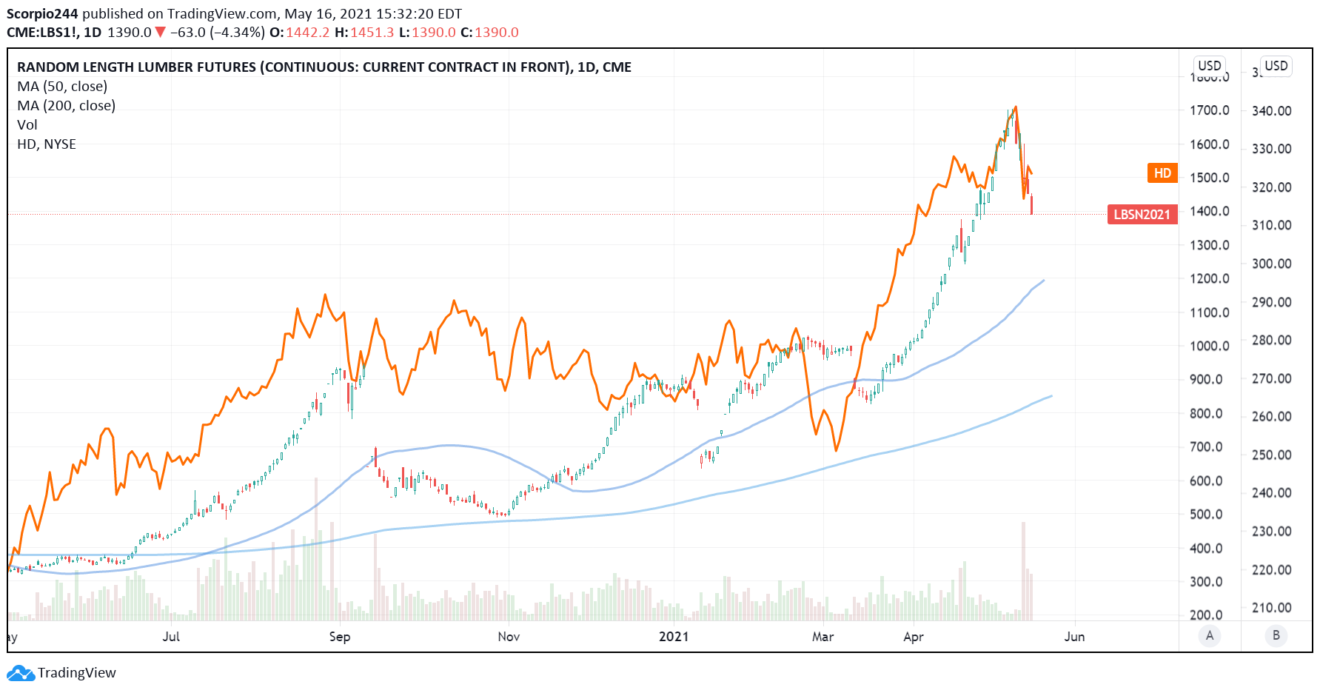 Believe it or not, both Home Depot and Lowe’s (NYSE🙂 are consumer discretionary stocks, so think the , not the material ETF XLB. Together they account for about 12% of the XLY, which is actually equal to Tesla‘s (NASDAQ:) weighting. So it might be a rough week for the XLY. 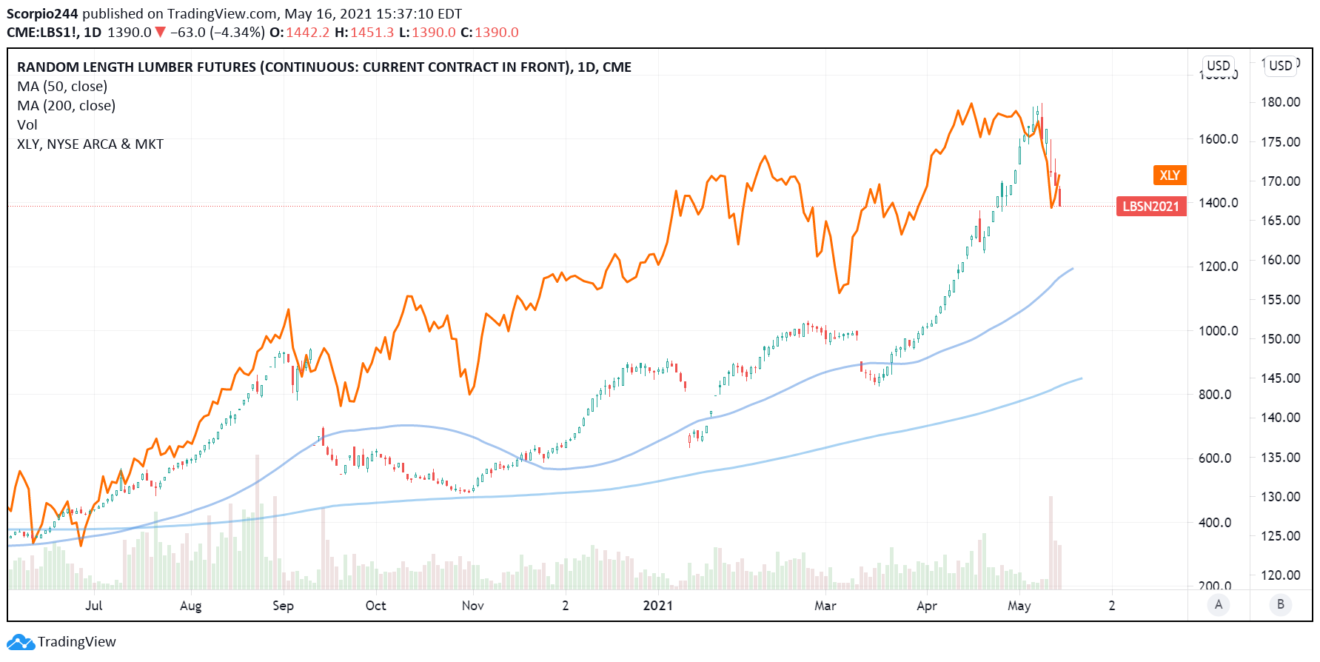 The XLY had been in a great trading channel going back to last summer, the RSI is trending lower, and the MACD shows you the momentum is being lost as well. A break of the trend sends the ETF back to the 200-day moving average. 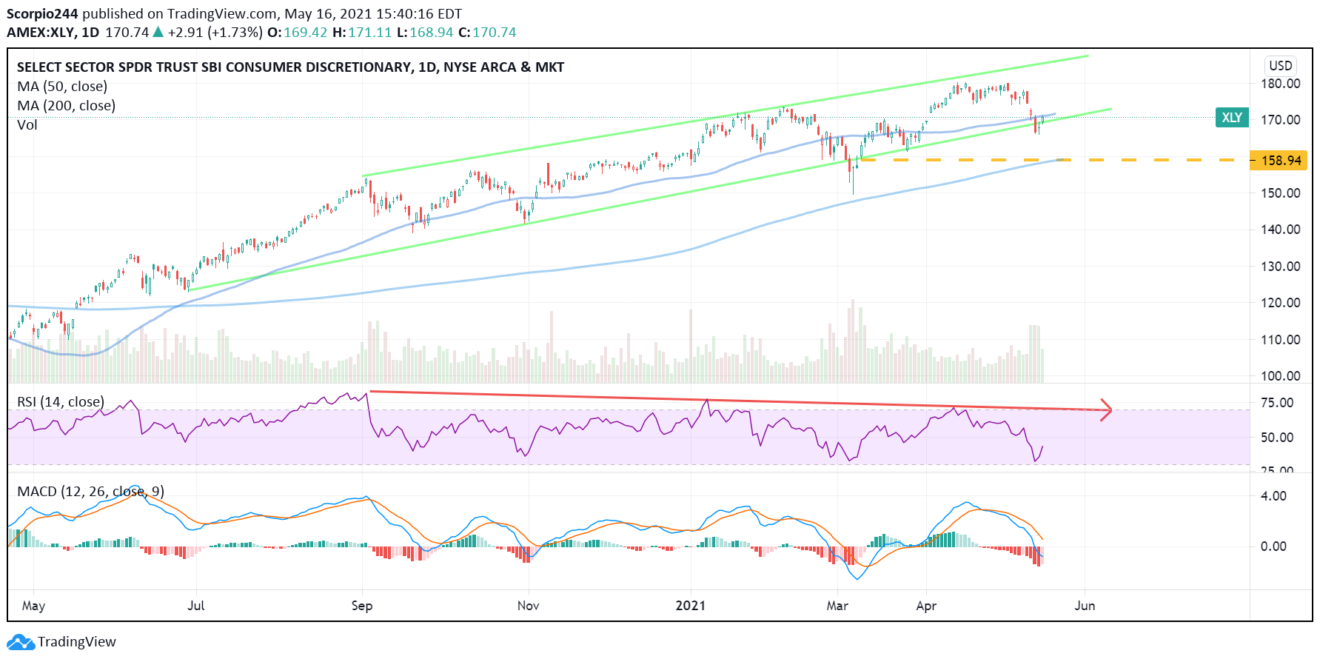 Meanwhile, I think Home Depot will have a tough week, with the RSI now trending lower and the MACD going negative. The next level of support is around $309.

Square (NYSE🙂 was a big winner on the heels of Bitcoin, and unfortunately, now it is going to suffer. Once $200 breaks, it is likely headed to $161. 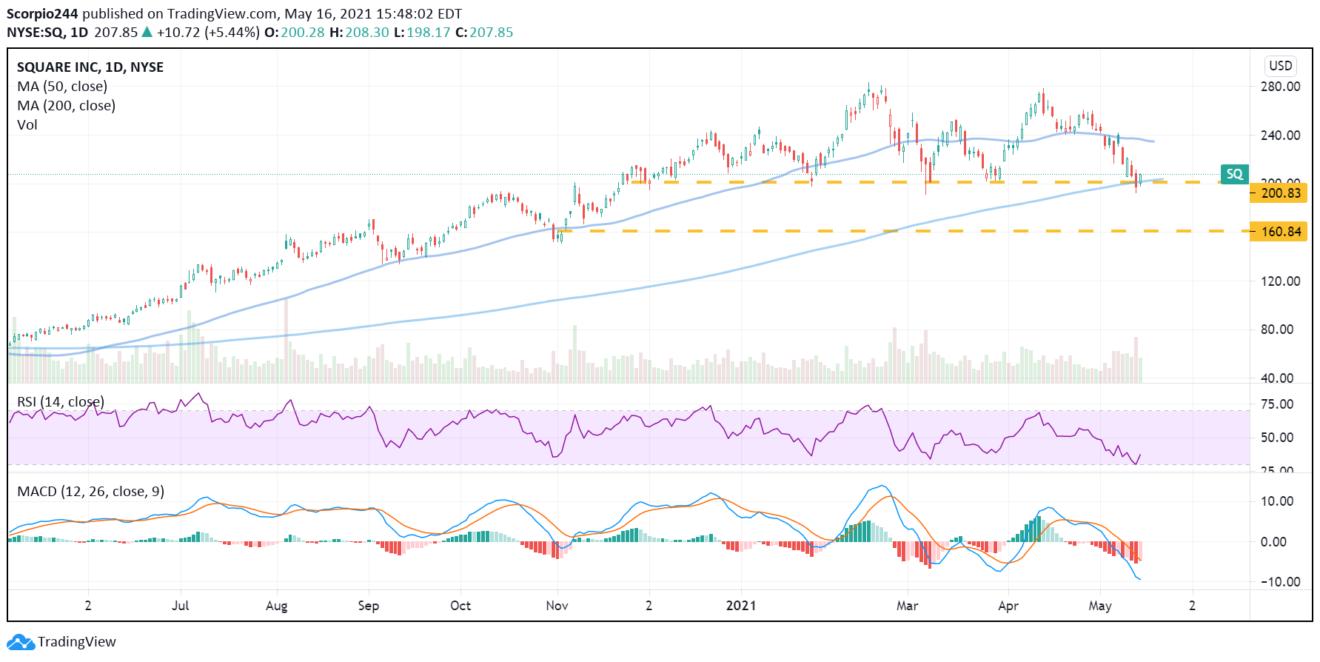 Unfortunately, if Square and Tesla struggle this week, the ETF will struggle, and so will all of its holdings. So that means Roku (NASDAQ:) probably has a rough week with $285 acting as support. 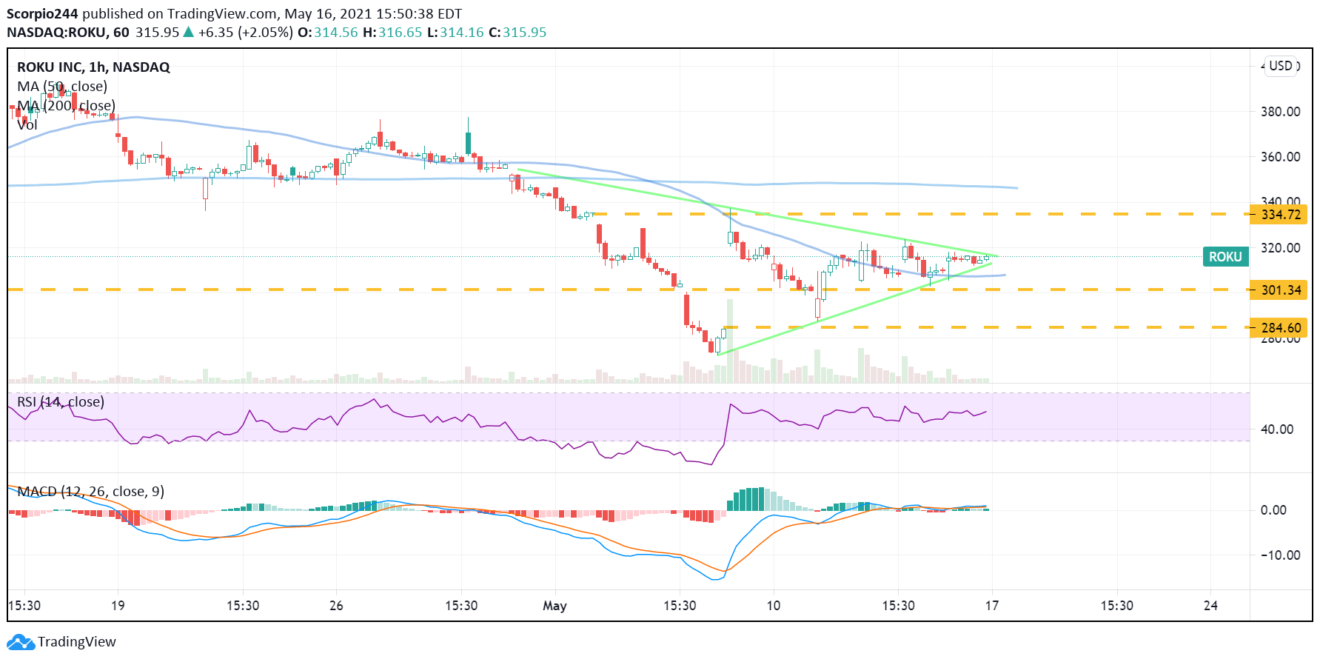 Long working hours are a killer, WHO study shows

Long working hours are a killer, WHO study shows