LONDON, July 1 (Reuters) – Following are five big themes likely to dominate thinking of investors and traders in the coming week.

With markets into the second half of 2021, can the fast and furious run of the last 15 months keep going?

H1 saw some spectacular action: Oil soared 45%, one ‘meme’ stock loved by amateur traders rose more than 2,500%, Brazil’s currency went from zero to hero. But all that stimulus money also means U.S. inflation now annualises at 8% versus an average of just 3% over the last 100 years.

As Donald Rumsfeld, who died on Tuesday, said about something completely different: There are many known unknowns. COVID-19 is one, but (BofA) reckons only a market crash would now stop the Fed reining in stimulus before year-end.

Considering how much markets love cheap money, Q3 may be a bumpy ride.

Tuesday’s Reserve Bank of Australia meeting is shaping up as a blockbuster. The fate of the R(BA)‘s three-year yield target and bond buying scheme will be decided, the language on the rates outlook potentially altered.

At least one hint is implicit: Either the R(BA) rolls over the yield target set at the cash-rate level of 0.1% from the April to November 2024 bond lines, which signals steady rates until then – or it doesn’t, opening the door for a move sooner. 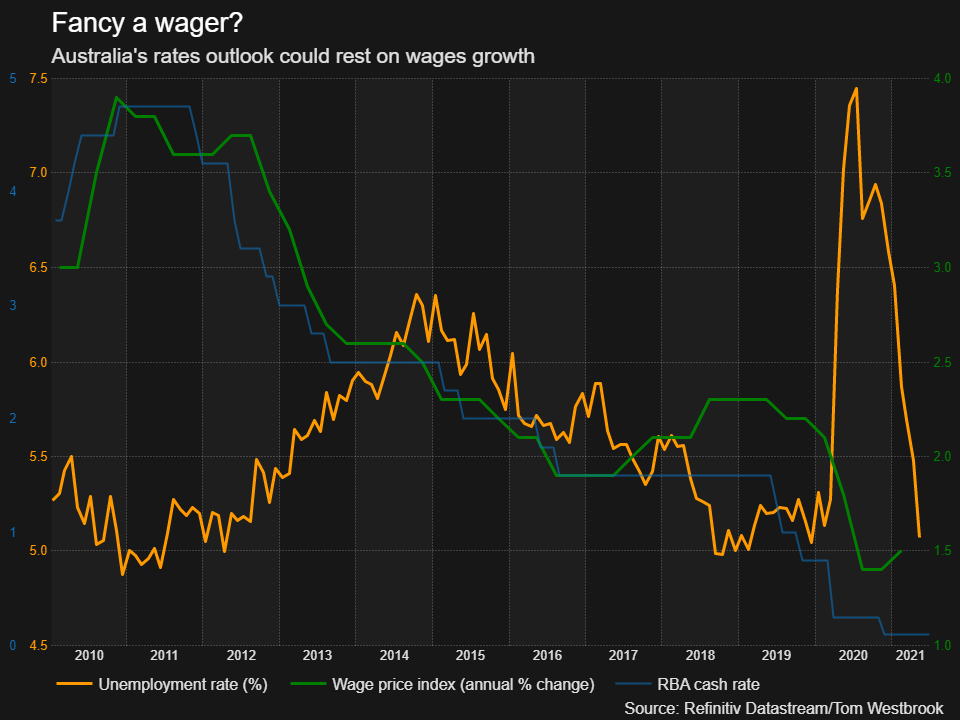 Policymakers moved their first projected rate hikes to 2023 from 2024 and opened talks on how to end crisis-era bond buying.

While this should put pressure on risk assets, stocks have recovered since and hit new highs, helped by reassuring words from Fed Chair Jerome Powell, who’s reaffirmed its intent to encourage a “broad and inclusive” recovery in jobs and not raise rates too quickly.

Markets will analyse the language on rising consumer prices and other indications that officials believe a strong recovery means the end of aggressive policy support could come soon. 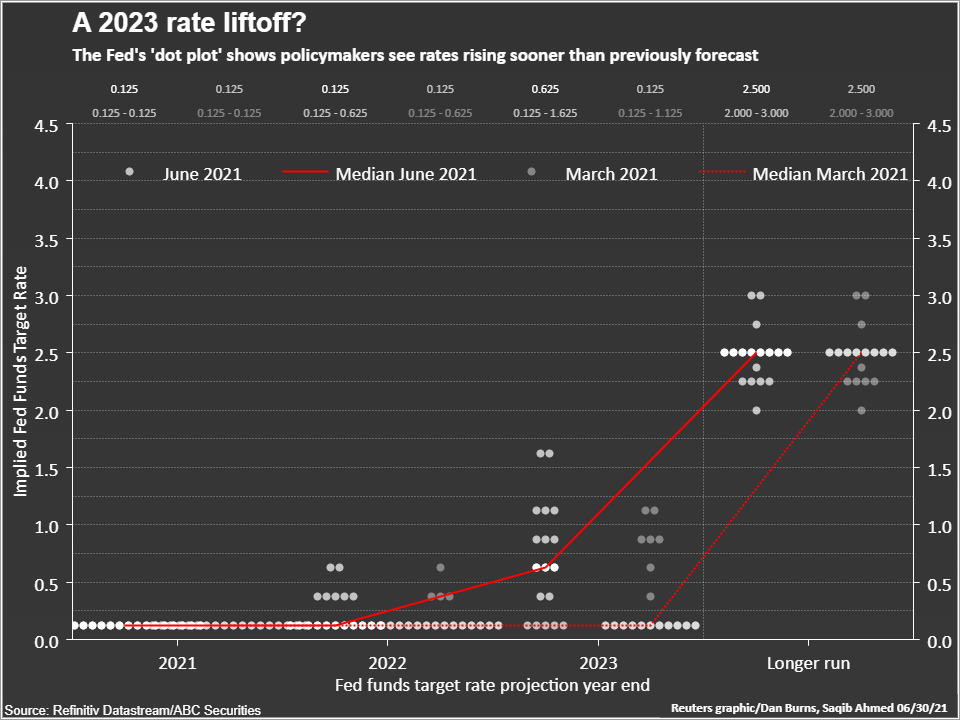 The risks of another summer cancelled due to COVID-19 are rising as the Delta variant surges globally.

The United Nations issued a dire warning that international tourism arrivals are set to stagnate this year, racking up to $2.4 trillion in losses, and it’s been a tough few days for travel and tourism stocks.

A southern European travel share index of companies wiped over 500 million euros ($590 million) off its market capitalisation in the week to July 1, Refinitiv data shows.

But don’t put away the beach towels and sun cream just yet.

The EU has launched a digital COVID certificate system to open up tourism. Germany, for one, could ease travel restrictions from countries where the Delta variant already dominates if it is sure vaccinated people are protected. 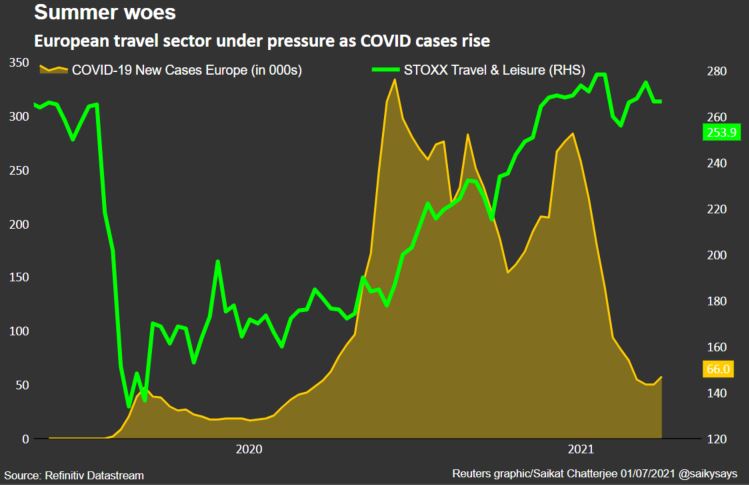 5/ GREENS GET THE BLUES

With just three months to go until German elections – Europe’s key political event this year – polls seem to confirm that Greens are losing their mojo. Leader Annalena Baerbock faces plagiarism allegations and questions over her CV, and the party is struggling with a Christmas bonus payments scandal and a regional election setback.

Having briefly surged in the polls after Baerbock was picked as chancellor candidate, latest surveys show the Greens with 20% of votes, trailing well behind Angela Merkel’s ruling CDU/CSU on 30%.

But then there’s still some time to go.