Two weeks after unveiling its closely anticipated strategy review, the ECB will face questions at its Thursday meeting on what its new 2% inflation target might mean for policy.

If the ECB is serious about boosting inflation to 2% (versus close to but below 2% before), surely hefty bond buying will continue for some time? Doves are already arguing that to remain credible, the ECB needs to highlight its room for manoeuvre.

The hawks though are already pressing for tapering stimulus as the economy rebounds. Perhaps concern about a resurgent coronavirus hurting growth will allow ECB chief Christine Lagarde to find common ground at Thursday’s meeting. A quiet summer may be around the corner for most, not the ECB.

Many developed economies are pondering tapering emergency stimulus but China has just added more money to its banking system and there’s an outside chance the benchmark loan prime rate (LPR) set by Chinese banks could be lowered as early as Tuesday.

The dual-track economy is seeing supply-side headwinds, growth and exports are peaking, while consumer spending flags. An uncertain regulatory environment for big firms and standoffs with the United States are weighing on investor sentiment.

After the recent cut to banks’ reserve requirements and data showing the economy lost some steam in the second quarter, markets expect a bit of monetary easing even as fiscal policy stays tight. 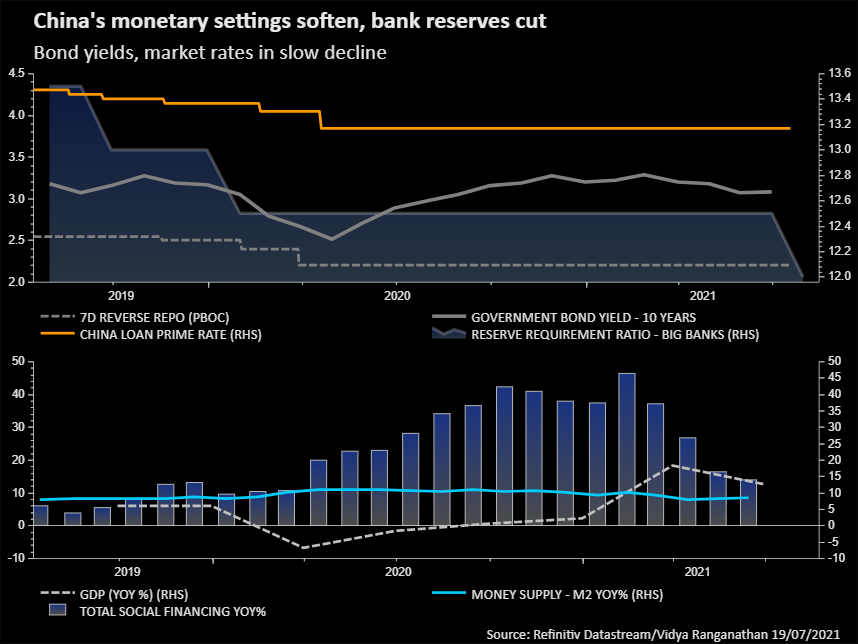 The second-quarter U.S. earnings season kicked off with stronger-than-expected numbers from banks, now it’s the turn of the tech and consumer giants, including streaming heavyweight Netflix.

A darling of last year’s stay-at-home trade, Netflix shares are up just 2% this year as investors have shifted to stocks which benefit as the economy reopens. Lower production of TV shows and movies during COVID-19 have dented subscriber growth.

Signs U.S. economic growth has peaked have nevertheless been boosting the tech stocks that led markets for much of the past decade so Netflix shares too have rallied of late.

Europe’s results season is starting in earnest, meanwhile, and corporate earnings are expected to have more than doubled in Q2.

Profits of the 600 biggest listed European companies are seen surging 110% between April and June, according to Refinitiv I/B/E/S data.

Yet investors fear this is as good as it will get and that volatility could follow once peak momentum is hit – earnings growth rates of roughly 34% and 28% are expected for the last two quarters of 2021.

There is also the COVID-19 upsurge to contend with. Bourses in Europe, as on Wall Street, are near record highs but any risk of renewed lockdowns could easily knock them off that perch. 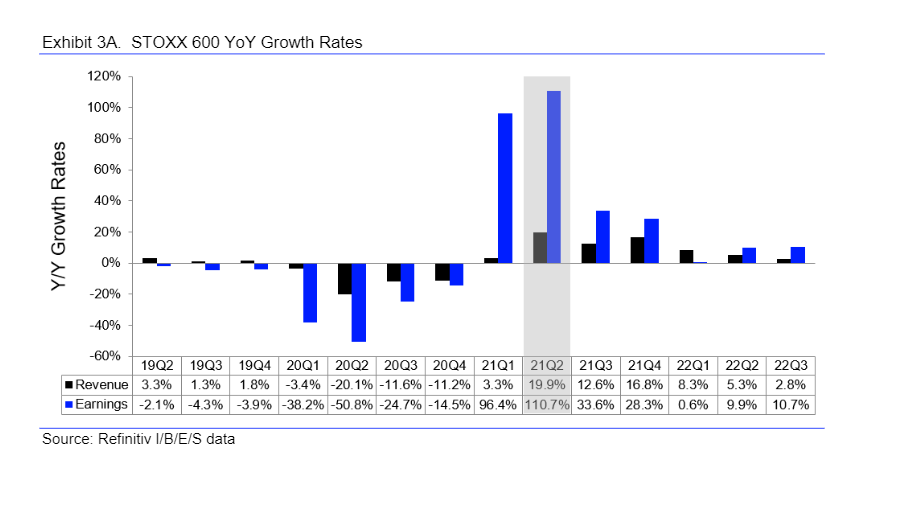 The British media dubs it “Freedom Day,” Germany describes it as a “highly risky experiment”. So, who’s right about July 19, the day Britain drops its COVID-19-linked activity curbs and mandatory mask-wearing?

Britain’s blistering vaccine campaign had made the pound one of this year’s best performing G10 currencies, lifted shares in UK hospitality and retail firms and spurred hopes of a swift economic rebound.

But an upsurge in the Delta variant and forecasts for Britain’s COVID caseload to reach 100,000 a day by the end of August are stirring unease. Bonds are benefiting from a rush to safety while European travel shares are down 8% in the past month.

Friday’s July Purchasing Managers’ Index releases may reflect the impact of rising infections on activity. With the likes of Israel and Holland backtracking on reopening plans and Germany retaining curbs until vaccinations rise, just how long Britons enjoy their freedom from lockdown remains to be seen. 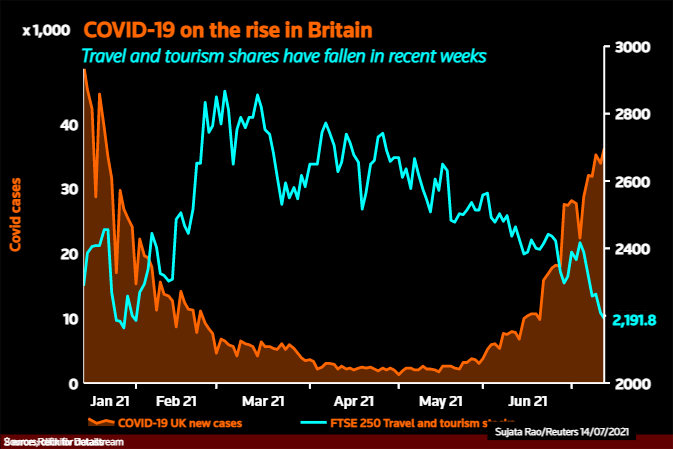