Syndax Pharmaceuticals, Inc, a clinical-stage biopharmaceutical company, develops therapies for the treatment of cancer. The company’s lead product candidates are entinostat that is in Phase III clinical trials for the treatment of advanced hormone receptor positive (HR+), human epidermal growth factor receptor 2 negative (HER2-) breast cancer; and SNDX-5613 in Phase I/II clinical trial inhibitor that targets the binding interaction of Menin with mixed lineage leukemia-rearranged and acute myeloid leukemia with a mutated nucleophosmin 1. 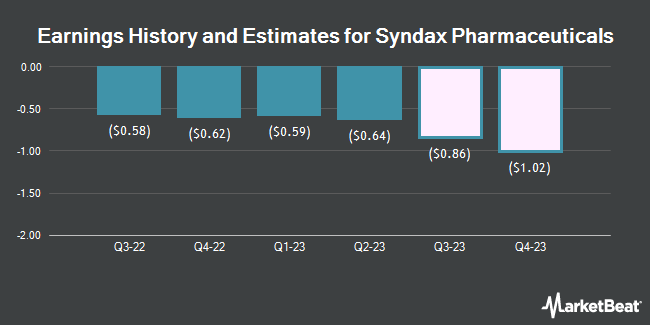