Rishi Sunak will use his Budget to launch a post-Brexit fightback by the City of London, setting in train new rules to help it compete with centres such as New York, Amsterdam and Frankfurt in attracting fast-growth companies.

The chancellor and Boris Johnson, prime minister, want to create a new stock market listings regime as part of their efforts to build an “agile” new economy after Brexit and the pandemic, focused on innovation and technology.

Alongside his Budget, Sunak will publish a review by Lord Jonathan Hill, former EU financial services commissioner, which is expected to propose changes to make Britain a more attractive place for entrepreneurs to take companies public.

In a sign of the urgency of the task, the Financial Conduct Authority last week appointed a senior official — Clare Cole — as director of market oversight, charged with leading the regulator’s response to the Hill review.

“Number 10 and Number 11 are both very excited about this,” said one government official. Last week Sunak told the FT in an interview: “We want to make sure this is an attractive place for people to raise capital.”

He added: “We want to remain at the cutting edge of that and make sure we’re still competitive.”

Johnson and Sunak both supported Brexit and believe Britain can adopt a more “nimble” approach to regulation — including financial services rules — now that it has left the EU.

But they are under pressure to give the City a lift after Brexit, which has seen Amsterdam surpass London as Europe’s largest share trading centre. EU financial services groups have lost some direct access to the UK market.

Officials close to the review say Hill is expected to propose relaxations on the use of dual-class shares, which would allow founders to keep control over their companies by giving them deciding votes on decisions such as corporate takeovers.

Such share classes are already allowed on the standard listing of the London exchange but not on the premium segment that allows entry into the main FTSE indices. The LSE itself has backed the move.

The review will also look at the minimum level of free float, which again has deterred some companies from listing given the need to float more than 25 per cent of the group.

The Hill review will also look at whether Britain should become a more attractive location for Spacs — special purpose acquisition companies — which raise money from investors and list on a stock market, then look for an acquisition target to take public.

They have become one of the hottest areas of finance over the past year and New York has dominated the market. Some in the Treasury are wary — fearing the craze has “bubble” tendencies — but Sunak says he wants the UK to remain “dynamic” and will await Hill’s recommendations. 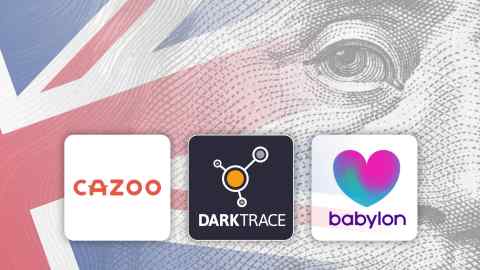 Nikhil Rathi, chief executive of the FCA, is said to have an “open mind” on Spacs. One official close to the regulator said Rathi was “ready to get going” on studying Hill’s recommendations.

Nearly 180 Spacs have been filed or priced this year in New York compared with none on the London Stock Exchange, according to data from Refinitiv. Last month Frankfurt and Amsterdam both had their first listings of the year by blank-cheque companies.

Some of Britain’s most promising tech businesses are considering stock market listings in the US, increasing the pressure on the UK to change its listing rules. The FT reported last week that some UK tech companies, including Cazoo, the used-car site, and health app Babylon, are exploring potential mergers with US Spacs, according to people familiar with the talks.

Sunak asked Hill to look at reforms to the UK listing regime to build and retain the sort of fast-growth companies that are attracted to the deeper pool of capital and looser rules on exchanges in the US and Asia.

Referring to areas such as share class structures and free floats, Lord Hill told the FT in January: “You can see that other global, high-standard jurisdictions think about them slightly differently than we think about them in the UK. If one does recommend changes then it’s how one can put safeguards in, phase them in and balance interests.”

Adobe Stock – How Fast Can GoodRx Holdings Inc. (GDRX) and Adobe Inc. (ADBE) Run In The Time Of The Virus – BOV News

Sport Cars - Would You Drive This Crazy-Looking Porsche Taycan Art Car For Sale?