I’ve made no secret in this column of my love for cars of the 1990s, which in my view represent the high watermark of the car industry.

Dynamically great, well sorted and not overburdened with tech, they’re probably the best that cars ever were – certainly through the eyes of an overweight Brummie who once had a Lada franchise so knows how dire a car can be…

I’m also delighted to see that in recent times such cars have had a bit of a renaissance in the trade.

A few years ago, they’d have been worthless old bangers, but he managed to sell the Astra after a bit of patience for £2,295 and the Escort went almost instantly for an eye-watering five grand, which I know is a hell of a lot more than he paid for it.

Nostalgia, you see, is evolutionary.

I took one on the chin myself a couple of months back when a Peugeot 205 GTi – similar to the one pictured above – that I sold in 2010 for what I thought was a pretty decent £1,600 at the time was resold through one of the classic auction houses for the princely sum of £15,000.

The owner had done nothing to it other than keep it locked away in a dry garage, putting less than 2,000 miles on the clock in 11 years. But that’s the way to do it and I don’t begrudge him his payday. Well, maybe a little bit.

For those who fancy a slice of the action, though, the good news is that very soon there’ll be a glut of modern classics from the 1990s and early 2000s on the market and the reason is the London Ultra Low Emission Zone.

The shift we’re seeing towards electric cars (and the reason they’re flying out of showrooms) is led by a need for anyone living inside the North and South Circular to have a super-low-emission car, which from October means anything Euro 4 or better in terms of its emissions class. 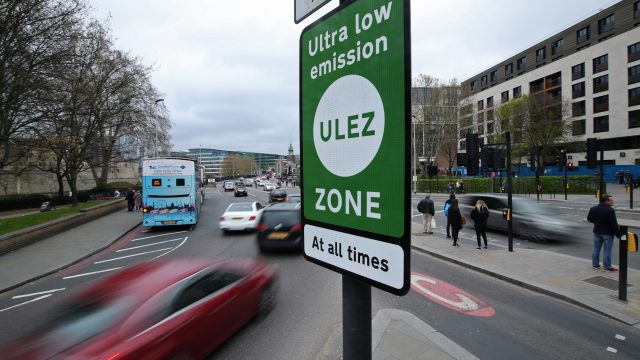 To the layman, that’s not too scary. Most petrol engines after 2003 are Euro 4 already, and let’s face it, an 04-plate Astra is hardly a paragon of efficiency.

But this is just the tip of the iceberg as the capital moves towards an ever more ‘green’ and efficient future.

Also, there are thousands of motorists in London who will need to change their cars – many of whom don’t want to.

It’s a London microcosm and it’s sadly going to sound the death knell for a load of cars we know and love.

Because unlike in the provinces the motorists of the outer reaches of inner London tend not to replace their cars very often, as the cars don’t get used for commuting – their purpose is generally for shopping, days out and visiting family, so they don’t get worn out.

When I was growing up, in a working-class Brummie family, I was told to ‘make do and mend’ so that’s what I did.

The idea of throwing away something that was perfectly useful never really crossed my mind, and in the wealthier suburbs of London, where cars are often bought outright rather than on a PCP or hire purchase, the very same principle applies.

The traditionally wealthy have a tendency to drive older cars because they bought them new from the dealer and they haven’t worn them out yet. See also Barbour jackets, Hunter wellies and ancient tapestries.

There’s a reason the rich are rich, and it has nothing to do with mortgage interest rates or the best PCP deals on the new car market. Old money has a different approach, and there’s a lot of it in London. Indeed, it’s one of the only things I’ve ever liked about the place.

I confess straight away to not being London’s biggest fan. It’s dirty, overcrowded and a lot of its residents have an attitude problem, especially when I open my mouth and the noise that comes out is akin to that of Derek Robinson – he of the famous British Leyland strikes. 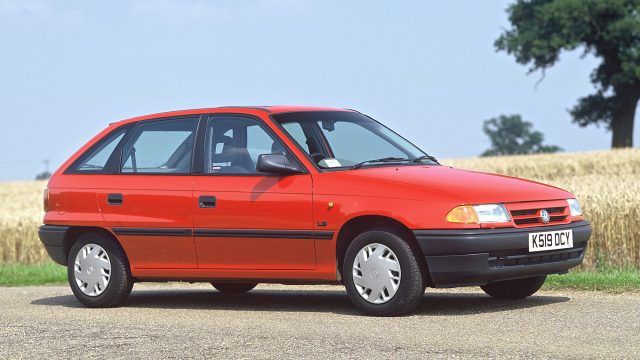 Yes, I’m a born-and-bred Brummie and proud of it, but the Londoners visibly wince when I open my mouth. Unless, of course, I’m offering them money for their cars.

And that is my latest business model. Even without HS2, I can be in the big smoke in less than two hours and still get home in time for tea, which is how I like it because tea where I live is something you have in the evening with the family, whereas in that there London it’s something you do in Claridge’s with your little finger sticking out. Why DO posh people do that?

Right now, I’m wandering the streets of the upmarket suburbs of north, east and west London armed with a notepad and a piece of paper, and I’m going up against the scrap dealers who are – unsurprisingly – extremely savvy as to this up-and-coming supply of cars that are destined to be weighed in.

My approach is a little different. I have a typed-out note explaining that I’m a classic car enthusiast from the Midlands (not a lie, but maybe a little bit of a white one) and that if they’d like to see their car go to a good home they should ring me instead of the scrappy.

Meanwhile, my mate Diesel Dave (soon to be Electric Dave) is going around the same suburbs in his just-about-compliant Iveco beavertail, picking up cars that people don’t really want to sell because they’re not broken but are soon to be outlawed.

Back here in the Midlands, I’ve just taken out a lease on an old factory warehouse in which I reckon I can store 50 cars, and that’s my retirement fund.

Because low-mileage, rust-free London cars are the best out there for still going strong well into their third decade, largely due to rarely being used on salty motorways. Or, indeed, at all.

Already in my warehouse are two Mercedes W124s – a saloon and an estate – a sporty 16v Clio, a Rover 827 Vitesse, a Lancia Thema (when did you last see one of those?) plus three old P38A Range Rovers. And next week, Dave is bringing me a John Prescott’s worth of Jaguars as well as a Rover Metro GTi. 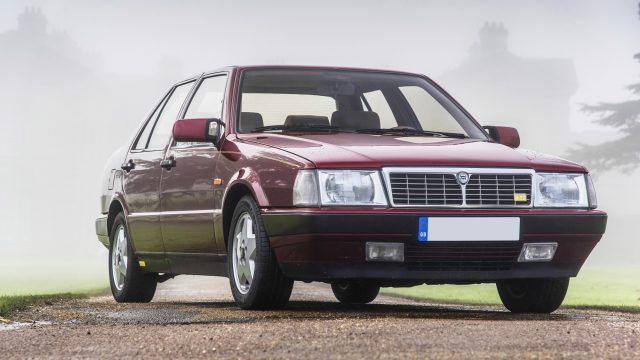 All of these fine specimens will be squirrelled away, awaiting the burst of nostalgia that has sent values of their predecessors skyrocketing. And when it does, I’ll be retiring to count my gold bullions on the Bahamas. Or something.

So yes, my approach to the London ULEZ is a pragmatic one, in which I recognise the future potential of modern classic cars and will have a lot more fun selling them to enthusiasts than I tend to get selling used Hyundais to people who see cars as white goods.

But even though I can almost reach out and touch my holiday villa at the end of this latest business scheme, I still think the zone is a daft idea.

Yes, low emissions are a good thing. But so is recycling and keeping an old car going. But then, I suspect most politicians have never even lifted a bonnet…

This feature – along with news, reviews and plenty more – appears in the current edition of Car Dealer, which you can read below.

Luxury LifeStyle - The Porsche you can play F1 2020 on