Over-the-top platform, Eros Now has come under severe criticism after the company’s Navratri-related posts came under fire on social media.

#BoycottErosNow was trending at number two on Twitter. The posts included one that said, “Be naughty, sweet toh mithai bhi hai” followed by “#Navratri”. The other post showed a photo of actor Katrina Kaif alongside the text, “Do you want to put the ‘ratri’ in my Navratri?” 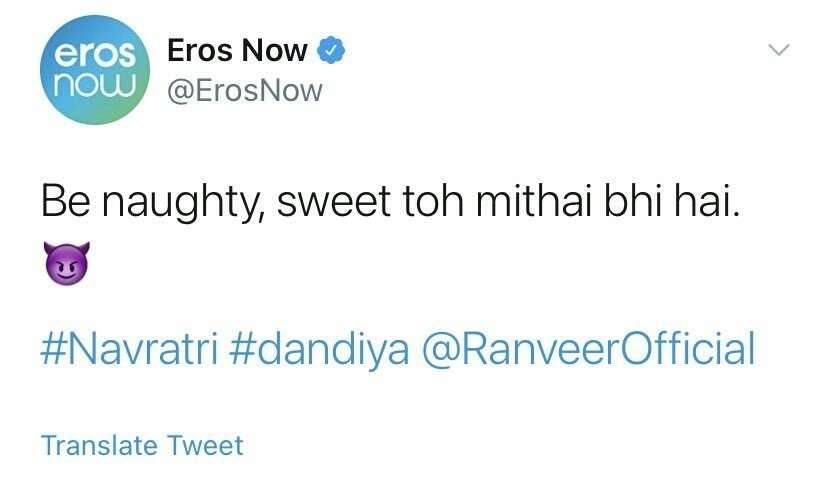 “Why have you posted these double-meaning vulgar banners for the auspicious festive season?” a user wrote on Twitter.

Dear @ErosNow, Why have you posted these double-meaning vulgar banners for the auspicious festive season?

I have a feeling that these brands already know that people will feel offended and they will run hashtags and therefore they will get FREE publicity. #BoycottErosNow pic.twitter.com/dL0usDBVF3

Eros Now later took down the creative and issued an apology saying “We at Eros love and respect our cultures equally. It is not, and it has never been, our intention to hurt anyone’s emotions. We have deleted the concerned posts and we apologise for having offended anybody’s sentiments.”