– Jumia recorded decline in revenue for Q1 2021, but its marketplace revenue and gross profit rose

Drop in sales and advertising expenses during the first quarter of this year dragged the company’s growth down, as Jumia’s revenue declined, although it was able to save profit from following the downward path.

However, it generated €20.2 million as marketplace revenue between January to March, rising by 5.9 percent to surpass the €19.1 million generated last year first quarter.

According to the e-commerce financial report, it was gathered that gross profit rose by 10.9 percent as it ended the first quarter of this year with €20.4 million, against the €18.4 million that was reported the same period in 2020.

At the time it recorded gain in profit, Jumia buyers and third parties increased their marketing and advertising rate on the e-commerce platform in order to give their products more exposure. This increased Jumia’s revenue from advert by 35.6 percent to €1.6 million in Q1 2021, from €1.2 million in Q1 2020.

The decline in revenue occurred as Jumia cut its sales and advertising expenses by 9.1 percent, spending €8.1 million to promote its online store in Q1 2021. A year before, Jumia had used €8.9 million to publicise its business.

Meanwhile, Legit.ng had earlier reported that bitcoin investors lost over $5,000 in investment after Elon Musk announced that Tesla will no longer be receiving the cryptocurrency as payment. 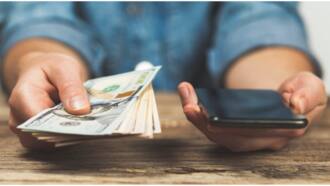 The price of bitcoin fell from $52,984 to $47,720 as some investors engaged in sell off over fears of ripple effect from Musk’s announcement. The sell off crashed the price.

Bitcoin holders were the losers amid the profit-taking. The market capitalisation also crashed in the early hours of today, from one trillion dollar to $942.97 billion.

Shop Stock: Forget Dogecoin: Shopify Stock Is Where it's at