TV is dead. Cable is dying. Streaming is it. And investors should pay attention to streaming stocks

Streaming ties your TV to the internet so you never let go. Instead of checking out a schedule of shows, you choose what to watch from huge internet-based libraries, any time of the day or night.

The companies that once ruled the world of movies, TV and cable are moving toward streaming as fast as they can. In this new world they’re all underdogs, well behind the technology curve and with competitors many times their size.

Some will make it. Most will not. Where programmers once fought operators for a piece of a $150/month cable bill, they now must deal with customers directly.

Getting subscribers signed may prove easier than keeping them engaged. Programmers hope a few “must have” shows will cause consumers to buy several streaming contracts. But will they really spend $100 (on top of their Internet bill) each month on entertainment when they can just Netflix (NASDAQ:NFLX) and chill, or combine it with free shipping from the Amazon (NASDAQ:AMZN) truck?

Waiting to see who fails is Apple (NASDAQ:AAPL). Their Apple TV devices and Apple TV+ are currently market laggards, but $2 trillion in market cap could easily pick up the casualties in the streaming wars and make it a leader.

Stay tuned to these streaming stocks:

Netflix (NFLX): The King of Hollywood

The streaming model was created and is dominated by Netflix.

Netflix was founded in 1997 as a DVD rental service. It launched its streaming service in 2007. It now dominates the space with more than 200 million subscribers around the world.

Of the $25 billion in revenue Netflix brought in during 2020, about 11% hit the net income line. This gave it a market cap of $230 billion as trading opened March 16. Its challenge now is to keep increasing its subscriber count, increase its $9 to 18/month subscription fees, and cut down sharing of passwords while a host of competitors try to crack its market.

Netflix’ secret sauce is the data it collects from subscribers whenever they watch. This tells it what to buy. The numbers it gets through this are scary. An action-thriller called Extraction drew 99 million viewers recently. The biggest theatrical audience all time was for Avengers: End Game at 100 million. Its romantic Bridgerton series drew 63 million viewers. The top-rated TV network show, NCIS, drew 15.4 million.

At its present size, Netflix dominates the old broadcasting and cable worlds. But against cloud-based competitors like Alphabet’s (NASDAQ:GOOGL) YouTube and Amazon, its own data landlord, it’s still a minnow.

Amazon (AMZN): The King of Streaming

The company that dominates the new streaming world is Amazon, and streaming isn’t even its main business.

About 150 million households now pay $10/month for its Amazon Prime, delivering $18 billion into Amazon’s coffers. Many, however, are paying for free shipping from Amazon’s store. Amazon also delivers other streamers’ shows through its Amazon Web Services (AWS) cloud, including those of Netflix.

Amazon has one third of the global cloud market and half the U.S. e-commerce market. That meant $384 billion in revenue last year, $21.3 billion of net income,  and a market cap of more than $1.5 trillion.

Amazon’s Fire Stick is the market leader in delivering these programs, with 13.2 million sold in just the last quarter. That means Amazon runs the marketplace other streamers, even giant cable operators like AT&T and Comcast, need to reach the new market.

While rivals battle for the U.S. market, Amazon is already global. This means American viewers can see great shows from Australia and India, Spanish dramedies like El Presidente (about soccer scandals) and even a Russian reboot of Sherlock Holmes without leaving Prime. Amazon Studios drew 12 Oscar nominations recently  for titles like Sound of Metal, One Night in Miami, and Borat Subsequent Moviefilm.

Disney (DIS): Can This be the Scrappy Underdog?

Just how far Hollywood has fallen from its audience thanks to streaming can be summarized in one sentence.

Disney is doing all it can to change that. During the last quarter it spent $6 for every $5 that came in through its “consumer direct” unit. Its Disney+ claims 100 million subscribers, and management promises it will top Netflix by the end of 2024. To reach that goal, Disney offered a rock-bottom price of $7/month and a bundle with its ESPN+ and Hulu (which it now controls after buying Fox (NASDAQ:FOX) entertainment assets in 2019). Only now is it starting to ask for more, a $1/month price hike that comes into effect March 26.

Disney’s stock value has doubled over the last year. Some of the gain came from its streaming hopes. More came from a hope that the pandemic is easing. In a normal year almost 40% of Disney’s revenue comes from its theme park and resort operations. Another traditional profit center are movie theaters. In a normal year, Disney brings 20% of its revenue to the net income line. If it can do that again the stock will soar, even if its streaming ambitions come up short.

No company has been hit as hard by the rise of streaming as AT&T.

During the 2010s, former AT&T CEO Randall Stephenson put all the company’s chips on the cable TV model, buying DirecTV and, later, Time Warner, in deals heavy with debt. Now his successor has put the fate of DirecTV in the hands of private equity, valuing it at one-quarter what Stephenson paid for it.

To the debt from these deals must be added another $23.8 billion AT&T will owe from its “success” in the recent 5G spectrum auction. Building out that network means AT&T can’t cut its capital budget, $23.9 billion last year.

The debt, its capital budget and a dividend that costs almost $15 billion to service mean that AT&T’s $43 billion in operating cash flow is fully committed. It can’t afford to offer a cut-rate price for HBO Max, its streaming service. That is now priced at $15/month, nearly double the cost of Disney+. AT&T insists it will have 150 million subscribers in 2025 and will soon offer a low-cost ad-supported tier. But how many of those 150 million will be paying full price? 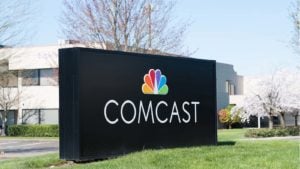 Comcast is the dominant cable operator in the U.S. That means it’s also the dominant internet service provider, or ISP. It owns the NBC TV network, Universal’s studios, theme parks, and lots of cable channels in both English and Spanish.

This means it should be a big player in the streaming wars. Not necessarily. Comcast’s streaming offering, Peacock, had just 33 million subscribers, combined, on its free and paid tiers at the end of the year. During the fourth quarter Peacock lost $914 million.

Because it’s a cable operator, Comcast could also produce a response to Amazon’s Fire TV stick, a market called Flex. The aim here is to reduce churn, customers switching ISPs based wholly on price. If you’re also buying your streaming subscriptions through Flex, you’re less likely to switch. Flex is free to all Comcast broadband customers.

All these assets have combined to lift Comcast stock by 46% in the last year, 11% just since the start of the year. The stock has gone from cheap to pricey, and now sells for more than 25 times earnings, its 25 cent/share dividend yielding just 1.75%. If you’re buying Comcast today, you’re betting that Peacock is a winner.

ViacomCBS (VIAC): The Problems at Paramount

Everyone is getting into streaming, and assuming success may be a mistake.

It’s a mistake investors may be making right now with ViacomCBS.

CBS is still America’s top broadcasting network. Viacom is a dominant cable programmer with stations like MTV, Nickelodeon and Comedy Central. Now all those assets, and that of the Paramount movie studio that had its heyday in the 1940s, have been thrown into a new streaming service called Paramount+.

Paramount+ is offered at $10/month, with a $6/month ad-supported option. At its launch in March the service claimed 18 million customers. That sounds like a lot. But it’s tiny next to Netflix, Amazon, Walt Disney, Google’s (NASDAQ:GOOG) YouTube, or even Comcast and AT&T.

It’s a crowded market, and streaming isn’t like cable. On cable, each network offers one show at a time. In streaming, the entire library is open, 24-7. It’s not a question of how much money consumers have buy streams. It’s how much time do they have to watch it all?

For now, ViacomCBS insists franchises like Star Trek, its cable offerings, and a commitment to put Paramount movies on TV the week they go into theaters will give it traction. But enough to earn a profit? And if it can’t, what future does it have?

Discovery (DISCA): A Gold Mine or a Self-OWN? 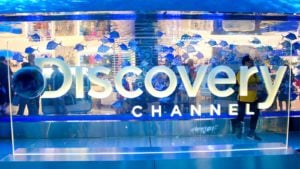 Discovery Networks, now called Discovery Inc., offers a collection of cable channels, most focused on reality TV. There are channels on cooking, on history, on animals and home improvement, each with their own collection of reality hosts.

Can this be a streaming gold mine? The company thinks so. Discovery’s streaming offering, Discovery+, signed up 12 million subscribers at the end of February. The bundle costs just $5/month, and just $7/month ad-free. Assuming half are on each version and they stay for a year, that’s about $864 million in annual revenue.

Discovery will need to do much better than that to make up for the declining value of the company’s cable franchises. Discovery earned 76 cents per share on revenue of $2.9 billion during 2020, and 98 cents per share on revenue of $2.87 billion a year earlier. Despite this, the stock price has more than doubled over the last year. It now has a market cap of $32.7 billion. Investors are buying the shiny object of streaming and ignoring the cable cash flow left behind.

What does Oprah know that newer Discovery investors don’t? 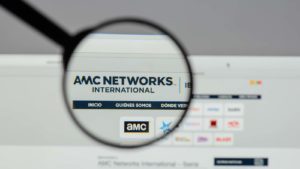 Two roads diverged in the streaming woods. AMC Networks took the one less traveled. This will make all the difference to its future.

Instead of just throwing all its cable networks like IFC, Sundance Channel, and AllBlack into one bundle, AMC is offering these stations separately, through distribution channels like Amazon and cable operators Comcast and AT&T. This lets it offer a service like IFC Films ad-free at the same price competitors charge for ad-supported streams. AMC must pay distributors to reach customers, but if it can get multiple orders from a customer, there’s profit.

The company ended 2020 with 6 million streaming customers. That’s a tiny fraction of its competitors, but its direct costs are lower, and the company showed a profit for the year.

The jury is still out, however. AMC’s numbers for 2020 trailed those for 2019.  The stock is being held up by short sellers, some of whom may have it confused with the movie theater chain. Even with the confusion, AMC’s market cap is still just $3.2 billion, 15% more than its 2020 revenue.

AMC may be the most interesting speculation in today’s streaming marketplace.

At the time of publication, Dana Blankenhorn directly owned shares in AMZN, AAPL and T.

Dana Blankenhorn has been a financial and technology journalist since 1978. He is the author of Technology’s Big Bang: Yesterday, Today and Tomorrow with Moore’s Law, available at the Amazon Kindle store. Write him at [email protected], tweet him at @danablankenhorn, or subscribe to his Substack https://danafblankenhorn.substack.com/.