Home » NKLA Stock – 10 Most Successful Short Sellers of All Time

Short selling has been getting a lot of attention amid the GameStop Corp. (NYSE: GME) saga that unfolded earlier this year and still continues to haunt various hedge funds, especially those who make money shorting stocks. Short selling has always been a risky investment strategy. According to a report by S3 Partners, shorts were down a whopping $245 billion in 2020. The firm’s data shows that up till 2019, ten of the most shorted US companies had cost short sellers around $7.5 billion in market-to-market losses. Internet platforms and forums like Reddit and Robinhood have provided retail and general investors a way to unite and initiate “short squeeze” against institutional investors and major names who short companies. That’s why when certain hedge funds started shorting AMC Entertainment Holdings Inc (NYSE: AMC) and GameStop Corp. (NYSE: GME), thousands of investors on Reddit started buying these stocks, resulting in millions of dollars in losses for funds like Gabriel Plotkin’s Melvin Capital.

But that doesn’t mean shorting is always a bad strategy. Smart short sellers don’t bet against companies randomly. They analyze securities, market trends and data. That’s why in this article we will take a look at some of the most successful short sellers in the market’s history.

If you’re surprised at the fact that apart from shorting companies like Nikola Corporation (NASDAQ: NKLA), there are people out there shorting Apple Inc. (NASDAQ: AAPL), the largest company in the world, we don’t blame you. Skeptics of the renowned iPhone-making company Apple Inc. (NASDAQ: AAPL) have faced numerous losses, as shares in the company continue rising with higher sales and revenue forecasts. But at the same time, short selling a renowned stock isn’t always a bad idea, since shorting AT&T Inc. (NYSE: T) has resulted in gains for short sellers in the past, notably in 2017 when the year-to-date profit/loss for short sellers of AT&T Inc. (NYSE: T) stood at a $380 million gain.

However, famous investor Michael Burry recently stunned the market by announcing a $530 million short position against Tesla, Inc. (NASDAQ: TSLA). As we will see in this article, Burry has been right about a lot of things in the past. And unlike short sellers of AMC Entertainment Holdings Inc (NYSE: AMC) and GameStop Corp. (NYSE: GME),  Reddit communities have a lot of respect for Burry. But only time will tell how prescient Burry’s prediction was about Tesla, which is up 215% over the last 12 months.

With this context in mind, let’s start our list of the 10 most successful short sellers of all time.

Most Successful Short Sellers of All Time

Ranked 10th on the list of the most successful short sellers of all time is an early 19th century Wall Street investor and the first speculator in the stock market’s history. At the time, he was known as the “Great Bear of Wall Street.” Born in Newburyport, Massachusetts, and having moved to New York City in 1817, Little opened his brokerage in 1834. Being a market pessimist himself, he made his fortune “bearing stocks,” short selling several companies and cornering markets to extract profits from other short sellers. His significant financial foresight helped him amass an enormous fortune, with his first great bet being in 1834 when he successfully bought out the Morris Canal and Banking Company. Little pushed its stock price from $10 ($259 today) per share in December of the same year to $185 ($4,796 today) by January 1835. At this point, choosing to collect his debts, Little made his first fortune. Throughout his life, he continued short selling to amass wealth and lost and regained his fortune multiple times before losing it for good in 1857.

American investment manager Jim Chanos is the president and founder of Kynikos Associates, a New York City registered investment advisor focused on short selling. He is ranked 9th on the list of the most successful short sellers of all time. One of his most famous bets is the one on the Enron collapse. Chanos was a short seller of Enron throughout 2001. He profited from the trace while gaining a reputation as a short seller after his prediction of the fall of Enron Corporation just before it filed for bankruptcy in 2001.

Portrayed in the famous movie “The Big Short” as Charlie Geller, Charlie Ledley stands 8th on the list of the most successful short sellers of all time. Ledley, alongside Jamie Mai below, founded Cornwall Capital, a New York City investment corporation. Starting small by Wall Street standards, Ledley’s unique shorting strategy brought him insurmountable profits. While conventional short sellers bet against the lowest tranches of the CDOs (collateralized debt obligation), Ledley and Mai bought credit default swaps that allowed them to bet against the highest tranches, after realizing that triple-A bonds were as vulnerable to collapse as triple-B bonds, but the swaps against them were priced differently. Ledley ensured that Cornwall’s $1 million swaps sold for $80 million by the time business ended for the day through this short selling strategy, and also profited from investments in Capital One Financial Corporation (NYSE: COF).

Jamie Mai, Ledley’s partner in the establishment of Cornwall Capital and their investments in Capital One Financial Corporation (NYSE: COF), the credit card company, and United Pan European Cable, to name two, ranks 7th on the list of the most successful short sellers of all time. Mai and Ledley started with an initial $110,000 investment in Cornwall Capital, and through their unique approach to short selling, they were able to turn this amount into nearly $130 million. Mai and Ledley bought wrongly priced option contracts instead of buying the Capital One Financial Corporation (NYSE: COF) stock for a 75% return based on their different approach and earned a whopping 2000% return on this investment. With United Pan European Cable, they bought $500,000 long-term call options, and when rallied, their investment brought in $5.5 million.

American investor, hedge fund manager, and physician Michael James Burry is the hedge fund Scion Capital‘s founder. Burry profited from the subprime mortgage crisis in the US, which occurred between 2007-2010, but he was the first investor to foresee and earn from it. Concluding through research that the subprime market would collapse as early as 2007, Burry shorted the market after persuading Goldman Sachs Group, Inc. (NYSE: GS) and other investment firms to sell him credit default swaps against subprime deals he thought to be vulnerable. He was proved to be correct and personally profited by $100 million, with over $700 million in profit for his remaining investors, earning him the 6th rank on the list of the most successful short sellers of all time. 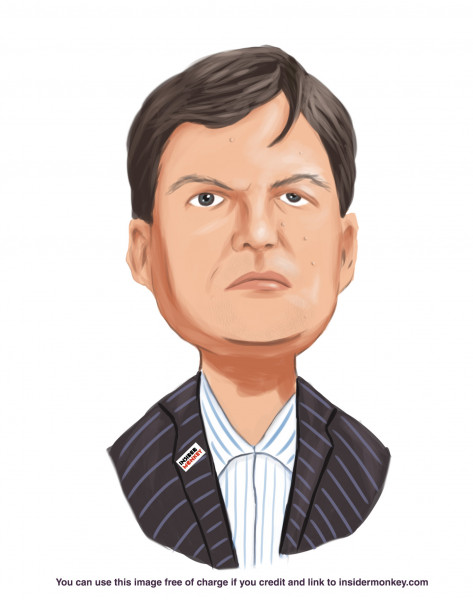 Click to continue reading and see the 5 Most Successful Short Sellers of All Time.

Disclosure: None. 10 Most Successful Short Sellers of All Time is originally published on Insider Monkey.

United Stock – European stocks outperform, as US stocks slip back

WFC Stock – Kimberly-Clark Stock Is Down This Year. Investors May Need Patience.

Netflix Stock – Jim Cramer: This Is a Market of Stocks, So Shop Around

Li Auto Stock – NIO: One EV Company To Rule Them All

AMD Stock – Which Semiconductor Stock is a Better Buy?

WFC Stock - Kimberly-Clark Stock Is Down This Year. Investors May Need Patience.