In his Daily Market Notes report to investors, while commenting on the pick and axe stocks, Louis Navellier wrote:

Get The Full Warren Buffett Series in PDF

Get the entire 10-part series on Warren Buffett in PDF. Save it to your desktop, read it on your tablet, or email to your colleagues

The Pick And Axe Stocks

During the California Gold Rush in the 1850s, for instance, the folks that sold picks, shovels, and jeans to aspiring miners made more money than the vast majority of gold miners trying to get rich in mining. Here modern ‘pick and axe’ stocks:

Here Is What “The World’s Greatest Turkish Equity Analyst” Is Buying: Talas 2020 Letter 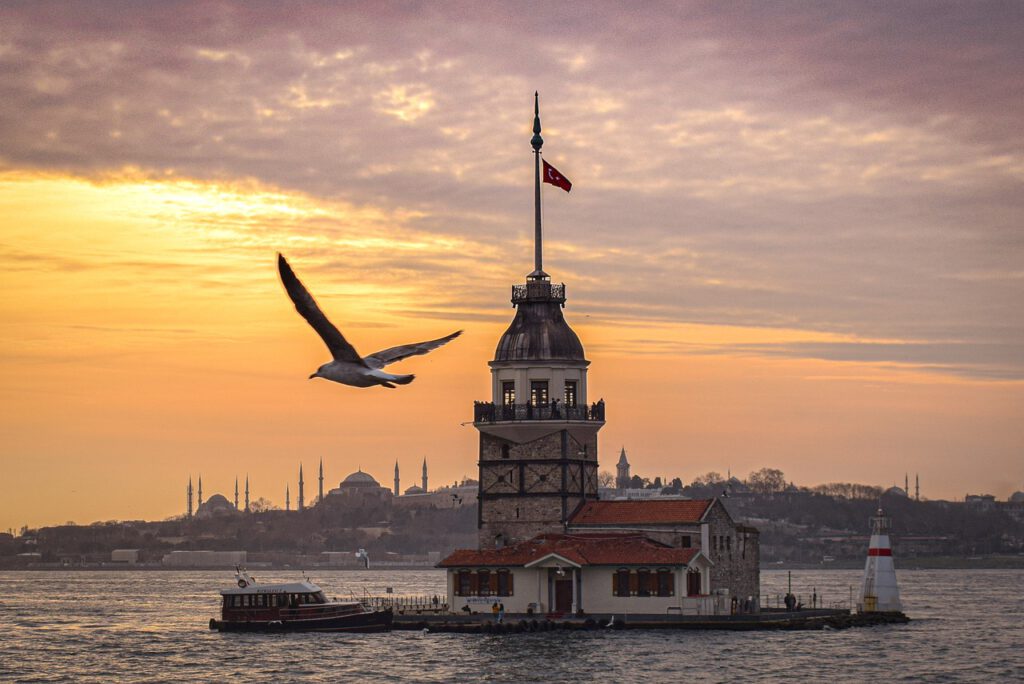 The Talas Turkey Value Fund returned 29.3% net to investors for the year to the end of December 2020, that’s compared to a loss of -8.6% for the MSCI Turkey Index, according to a copy of the fund’s investment report ValueWalk has been able to review. The Talas fund is run out of Austin, Texas Read More

Biden tax proposal . . . As I have said previously, it is imperative that long-term capital gains and qualified dividend tax rates remain the same, since they are both being taxed on the corporate level and then “double taxed” on the individual level. If the long-term capital gains tax rate is raised above the qualified dividend tax rate, then Corporate America will just raise their dividends, so that insiders can take money out of the corporation at a more favorable tax rate. Politicians should realize that smart Americans know how to avoid tax traps!

This past week, the financial media was ripe with one guru after another calling for the market to correct to the tune of anywhere from 5% to 20%, citing “peak earnings” comparisons, rising inflation data, and the inevitability of the Fed having to walk back their stance of “no rate hikes until at least 2023.”

Recent economic data would suggest that the upcoming inflation data will confirm what worries the market most – some sudden spikes that may rattle the bond market.

One observation about why the Fed is maintaining such a high level of conviction that inflation will not be long lasting is that the global reopening is not a synchronous economic event. China, the U.S., and parts of Europe are experiencing late-stage pandemic growth, but this is not happening in several key developing and emerging markets, where Covid-19 data is surging, and their economies are still suffering.

More importantly, bond yields held firm last week amid continued large-scale Treasury auctions and seemingly hot economic data, further supported by new home sales soaring 20.7%, month-over-month in March, to a seasonally adjusted annual rate of 1.021 million (consensus expectation: 912,000). This was the highest annual rate of sales since August of 2006. The resilient nature of the market presumably rekindled a “fear of missing out” (FOMO) on further gains, and possibly short-covering activity.

After the March retail sales report was released, the Atlanta Federal Reserve Bank raised their GDP.  Now model for Q1 GDP to 8.3% from 6.1% and its estimate of real personal consumption expenditures (PCE) growth to 9.5% from 7.2%, which means the consumer is on fire AND has plenty of fuel left to burn. 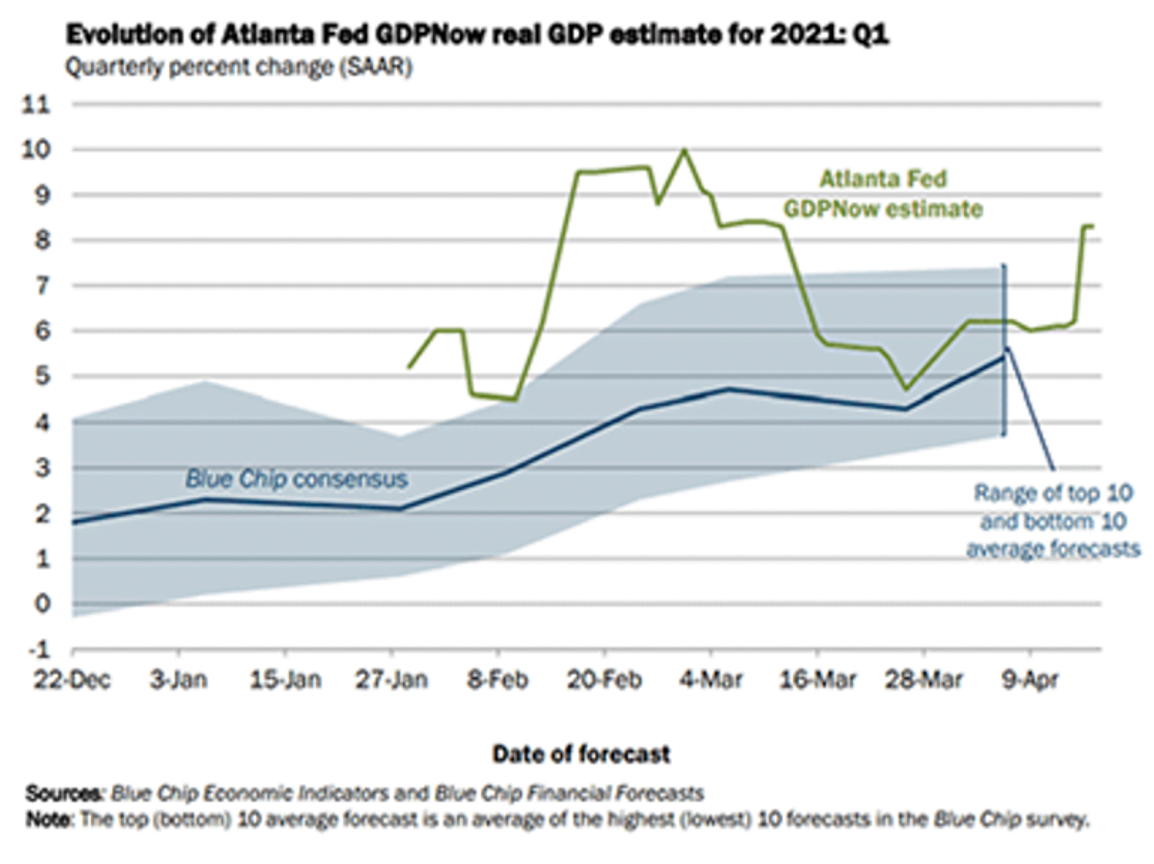 Liquidity and Lots Of It

There is still plenty of liquidity. The broad M2 measure of money is up by an unprecedented $4.2 trillion (year over year) through February, as I showed recently (chart, below). Personal savings totaled a record $3.1 trillion in the last three months – and that’s before accounting for the latest $1,400 relief checks per eligible person. About 250 million of 330 million Americans, or 75% of us, received a stimulus check.

Americans have $16.3 trillion socked away in the bank (chart, below). With so much money on tap, we don’t need to worry too much about a stock market crash, as any normal correction will be met by buying support. After all, where else will our investment dollars go? Bonds aren’t exactly a screaming bargain nor an invitation to riches. Real estate is hard to find in many areas. Gold is good in small doses as a portfolio balancer, but stocks are the main component of most portfolios and likely always will be.

So, the bottom line is: Do NOT “sell in May and Go Away.” Taxing and spending policies may be able to wound the stock market, but they probably can’t kill this bull market.

Dogecoin - Dogecoin: Who is buying it? Where is it most popular?