Can These 4 Penny Stocks Continue to Make Headway?

So far, February has been kind to a variety of penny stocks. While this month has been quite volatile for the entire stock market, the sentiment seems to be quite bullish overall. Right now, several pieces of news could impact the market in the near term. Most notably, the second impeachment trial of Donald Trump seems to be taking center stage. Now, given that Trump is no longer in office, its effects may be largely unfelt in the market. But, it is definitely a factor to consider.

Next, we have the elephant in the room, which is the pandemic. In this regard, the news has actually been quite positive in the past month or so. During that time, case numbers have continued to decline, and the hopes are that this trend can continue. If it does, some investors believe that the economy could bounce back in more robust numbers than before the pandemic.

Next on the list is the $1.9 trillion stimulus package currently working its way through the government. While this could provide short term bullish sentiment, investors should be careful about long term inflationary effects. Lastly, the combination of the rise of retail investor power and the equally important rise of cryptocurrency popularity affects several distinct markets. While we are only on the brink of seeing the full effects of these factors, investors should definitely take them into consideration. With all of this in mind, here are four penny stocks to watch in the second half of February.

NVIV is a penny stock that many investors have been watching over the course of the past few months. The company is currently working on several compounds for use in the treatment of spinal cord injuries. It utilizes advanced biomaterial sciences to create groundbreaking treatments for Neuro-spinal scaffolding. If this sounds like it’s out of a movie, that’s because this technology is very new to the market. Its pipeline is an extensive range of proprietary technologies that the company is working on with several medical institutions throughout the U.S. Although Invivo hasn’t released a lot of information in the past few months, recent news shows that it is working on various fundraising initiatives.

This includes the announcement a few months ago of a $15 million public offering. These funds should help to increase research and fund various corporate needs for the time being. In the past few months, NVIV stock has seen heightened popularity due to the overall interest in biotech penny stocks. The company is also working on the production of biopolymers, a particular area of the biotech industry.

This means that Invivo has less competition than other similar biotech firms. In a tweet made recently, the company announced that it is working on enrolling patients in its trial known as the INSPIRE 2.0 clinical study. This study is designed to see how well these biomaterials work in a broader population. While NVIV isn’t much for press releases, its exciting work in the biotech market could make it a penny stock to watch.

One of the more consistent gainers in the past few months is the biopharmaceutical company, Iterum Therapeutics. Now, we’ve covered ITRM stock several times in the past few months. And in that time, it has continued to make some interesting announcements. As a clinical-stage pharmaceutical company, Iterum is working on several anti-infective substances to treat drug-resistant pathogens.

With the rise of antibiotic use in the past several decades, the need for effective new treatments is very high. The company states that more than 2 million people per year are affected by these drug-resistant pathogens. Currently, the company has several compounds in its pipeline that have completed Phase 3 trials. This is a great sign for investors, as it means ITRM could have more commercialized compounds than other similar companies.

On February 9th, the company announced a $35 million registered direct offering of ordinary shares. This deal consists of the sale of 17.5 million shares at a price of $2 per share. The company states that it will use these proceeds to provide funding for a variety of operations. This includes the filing of a New Drug Application with the FDA for the treatment of UTIs in patients with its drug, sulopenem. Fundraising methods like these are quite popular for biotech companies. This is because they allow for growth and the funding of research in the short term. With all of this in mind, is ITRM on your list of penny stocks to watch? 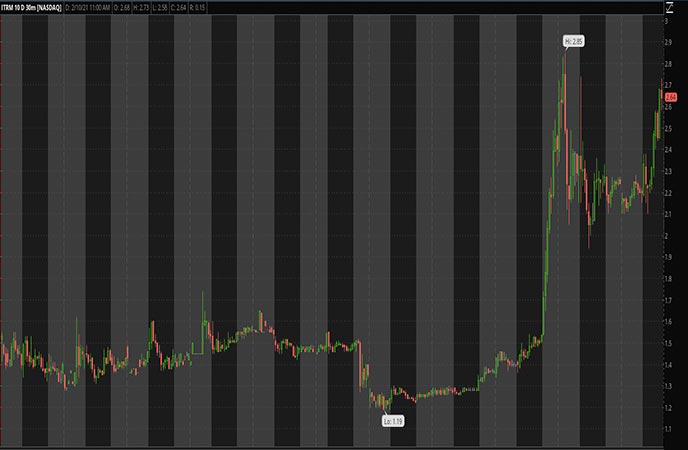 ZOM stock is another penny stock that we’ve been covering for quite some time. One of the reasons for this is that it is unique in the industry it operates in. While it technically is a biotech company, Zomedica works in the field of veterinary medicine. The company creates an extensive range of products for use in otherwise unmet needs of the veterinary industry.

Specifically, it works on diagnostic devices for companion animals. On February 8th, Zomedica announced that it would be increasing the size of its previously announced bought deal offering to $173.5 million. This deal includes around 91 million common shares of ZOM stock at a price of $1.90 per share.

In the past few months, the company has been working on the commercialization of the Truforma platform. It recently announced a distribution agreement with Miller Veterinary Supply, where sales should begin as soon as March 30th. Clay Cass, COO of Miller, stated that “it isn’t often that an industry-changing product like Truforma comes along. We are honored and excited to have been chosen to help bring this technology to the market. We look forward to working together with Zomedica to introduce Truforma to our many valued customers and the pets in their care.”

Currently, Truforma has around 70 issued and pending patents. As the March commercialization target date approaches, ZOM could remain one of the top penny stocks to watch. 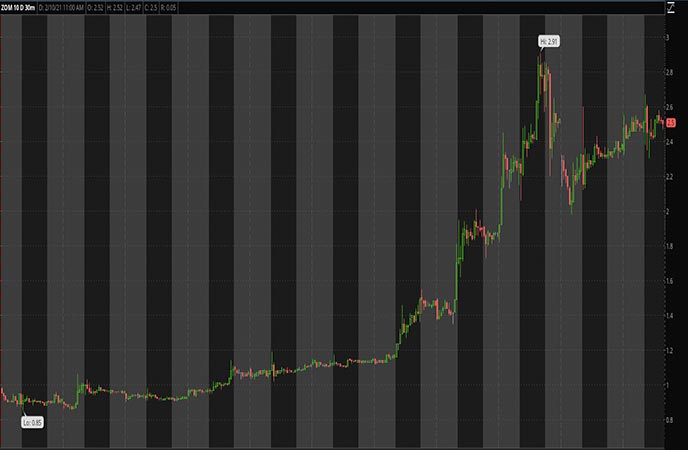 AdiTx Therapeutics is an interesting biotech company currently working in several areas of the space. The company develops a broad range of technologies for immune health, such as those for monitoring and reprogramming. This includes aiding in the tolerance of transplanted organs, autoimmune disorders and those suffering from allergies.

In the past few months, the company has been working on launching its AditxtScore Immune Monitoring Platform. The goal is for this platform to assess an individual’s immunity and status regarding Covid-19 infection. It can measure both the levels of virus and antibodies in the body, which can help across a broad range of healthcare sectors.

Amro Alban, CEO of AdiTx stated that “since the start of the pandemic, the focus has been on infection status. Moving forward, we believe the need for monitoring the presses and durability of immunity will continue to grow. By assessing infection status together with immunity status, AditxtScore for Covid-19 will be well-positioned to address both needs.”

Of course, it will take some time before it can be commercialized, but the company plans to fast track this process. In the past month, AdiTx has engaged in fundraising, such as a $5 million financing round to help scale the capacity of the AdixtScore product. With all of this in mind, is ADTX a penny stock to watch? 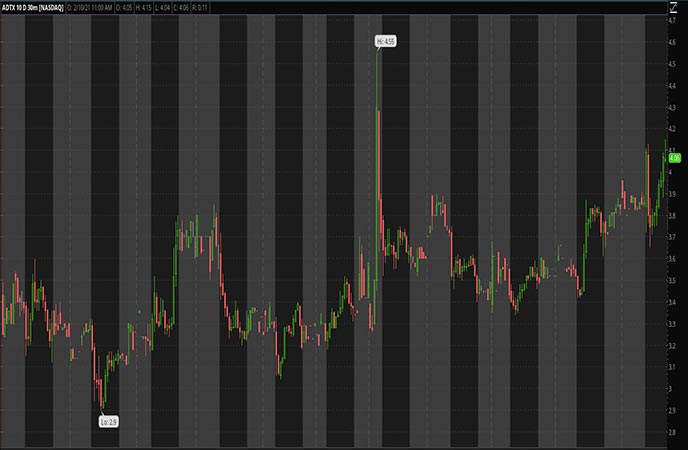