Home » Pfizer Stock – Pfizer said to warn Israel: Pay up or go to the back of vaccine line

Pfizer is threatening to delay further shipments of vaccines to Israel over a delay in payments, reportedly warning that the Jewish state could go the back of the line if it does not pay up, Channel 12 reported Friday.

Pfizer said Monday it had completed all vaccine deliveries to Israel under its initial agreement and was working on a new deal to supply more doses to the Jewish state.

“The company is currently working with the Israeli government to update the agreement, to supply additional vaccines to the country. While this work continues, shipments may be adjusted,” Pfizer told the Reuters news agency.

But a payment delay reportedly sparked a harsh warning from the vaccine maker.

Channel 12 said the company warned Israel this week that if the payments do not come in, the doses would be shipped elsewhere. One official reportedly told Israel’s Health Ministry, “We are not philanthropists.”

Similar warnings were received from Moderna.

Israel and Pfizer agreed to a vaccine deal in November. The drug company, together with its partner BioNTech, supplied Israel with an unspecified number of doses, and the Finance Ministry said it paid NIS 2.6 billion ($785 million).

An Israeli woman receives a Pfizer–BioNTech coronavirus vaccine at a vaccination center in Tel Aviv, on February 2, 2021. (AP Photo/Sebastian Scheiner)

The shots will be for children, once they are deemed eligible, and to use as booster shots. Coronavirus czar Nachman Ash said Sunday that he believes Israel will start vaccinating children in the next few weeks.

Pfizer applied Friday for US authorization for 12-15 year-olds.

The procurement of new doses has been delayed by political infighting, however.

Gantz, who heads the Blue and White party, said he canceled the meeting due to Prime Minister Benjamin Netanyahu’s refusal to allow the appointment of a justice minister. Israel has been without a justice minister since last week, which hampers the Knesset’s ability to pass legislation, among other consequences. 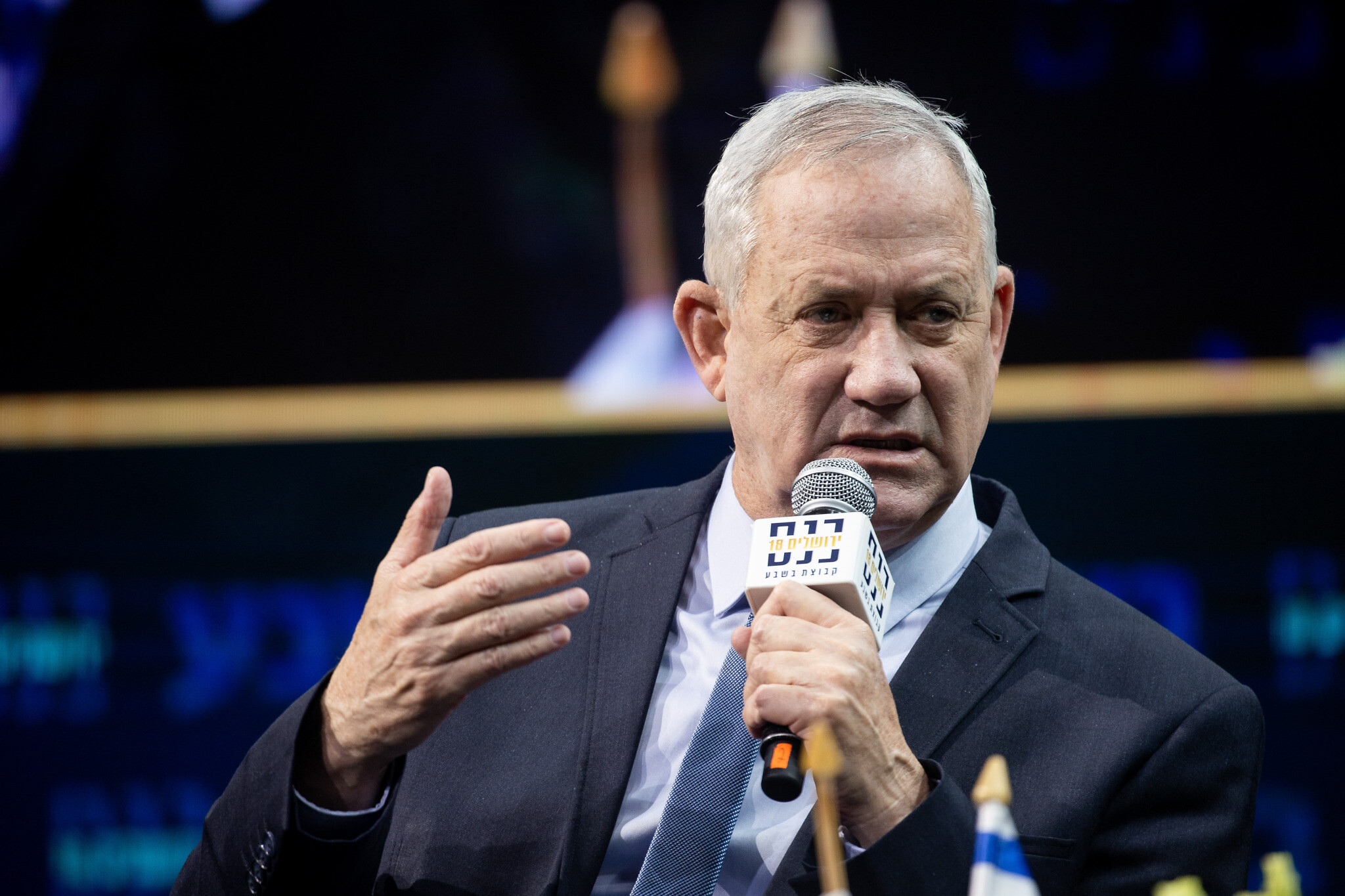 Defense Minister Benny Gantz speaks at the annual Jerusalem Conference of the ‘Besheva’ group in Jerusalem, on March 14, 2021. (Yonatan Sindel/Flash90)

During the canceled cabinet meeting, ministers were set to vote on a NIS 7 billion ($2.1 billion) spending package on coronavirus vaccines.

The Health Ministry expressed concern over the stalled approval for more vaccines and Pfizer was frustrated by the hold-up.

Israel has enough vaccines to fully inoculate the remaining unvaccinated population and to give a single shot to recovered COVID-19 patients, Health Ministry Director-General Chezy Levy said. However, he said Israel needed a continuing supply of shots and wanted to “get ahead of the rest of the world.”

Levy explained that it is not known how many vaccine boosters individuals may need to stay protected from the virus in the long run.

In an interview with Army Radio, Levy confirmed an earlier report that Pfizer was frustrated with the Israeli delay.

A report last week said that Netanyahu spoke with Pfizer CEO Albert Bourla about the delay in securing the budget. According to Channel 13, Netanyahu asked Bourla to be patient while Israel agrees on the procurement of additional vaccines.

“There will certainly be a cost to this. I assume they are turning to other places, and we could be shunted to another place in line,” Levy said. “We need to ensure our place for 2022.” 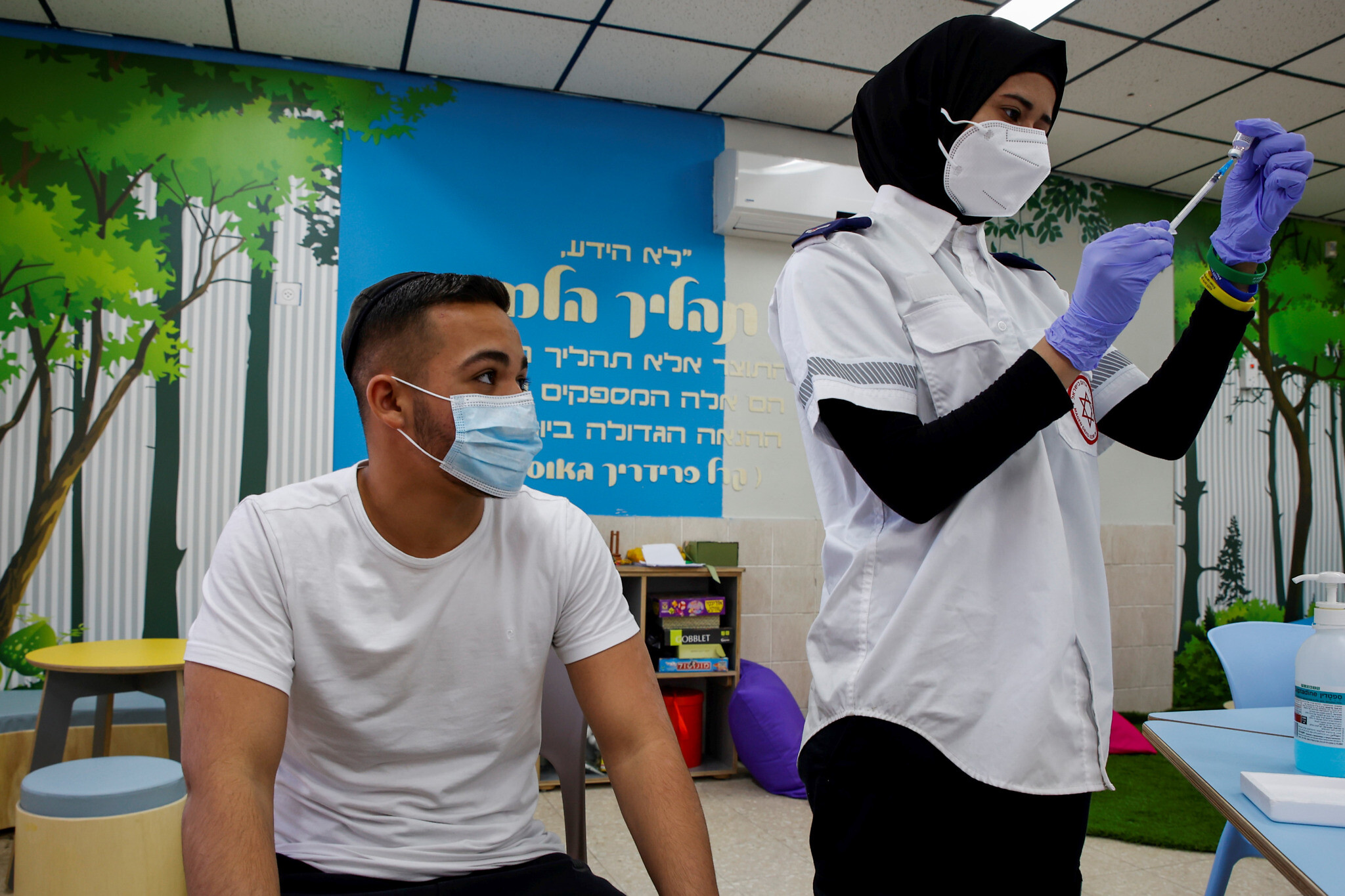 A ministry official said there is enough existing stock of Pfizer vaccines in Israel to start inoculating about 600,000 Israelis aged 12-15.

Over half the Israeli population has taken the Pfizer–BioNTech vaccine.

According to Health Ministry data released Friday, 5,307,795 Israelis have received at least one vaccine dose and 4,916,946 have received both.

Currently, several million Israelis are ineligible for the vaccine, most of them under the age of 16.

According to the latest Health Ministry figures, 209 new coronavirus cases were confirmed Thursday, which along with another 133 since midnight, brought the number of infections since the pandemic began to 835,674.

There were 4,199 active cases, with 270 people in serious condition, including 122 on ventilators.


I’m proud to work at The Times of Israel

I’ll tell you the truth: Life here in Israel isn’t always easy. But it’s full of beauty and meaning.

I’m proud to work at The Times of Israel alongside colleagues who pour their hearts into their work day in, day out, to capture the complexity of this extraordinary place.

I believe our reporting sets an important tone of honesty and decency that’s essential to understand what’s really happening in Israel. It takes a lot of time, commitment and hard work from our team to get this right.

Your support, through membership in The Times of Israel Community, enables us to continue our work. Would you join our Community today?


Join the Times of Israel Community

Netflix Stock – Opinion: Should you buy Netflix stock? Here’s why it’s only worth half of its current price

Stock Market News – The Dow Just Hit Another Record, but Hold the Applause