In other Rocket Pharmaceuticals news, COO Kinnari Patel sold 16,761 shares of the business’s stock in a transaction that occurred on Monday, December 28th. The stock was sold at an average price of $56.72, for a total transaction of $950,683.92. Following the completion of the transaction, the chief operating officer now owns 100,404 shares in the company, valued at $5,694,914.88. The sale was disclosed in a document filed with the Securities & Exchange Commission, which can be accessed through this link. Also, Director Rtw Investments, Lp bought 247,720 shares of the company’s stock in a transaction on Thursday, December 10th. The shares were acquired at an average price of $56.00 per share, with a total value of $13,872,320.00. The disclosure for this purchase can be found here. Company insiders own 41.40% of the company’s stock.

Rocket Pharmaceuticals, Inc, together with its subsidiaries, operates as a multi-platform biotechnology company that focuses on developing gene therapies for rare and devastating pediatric diseases. It has clinical-stage lentiviral vector (LVV) programs under clinical testing to treat fanconi anemia, a genetic defect in the bone marrow that reduces production of blood cells or promotes the production of faulty blood cells; leukocyte adhesion deficiency-I, a genetic disorder that causes the immune system to malfunction, and pyruvate kinase deficiency, a rare red blood cell autosomal recessive disorder that results in chronic non-spherocytic hemolytic anemia.

Further Reading: Insider Trading – What You Need to Know 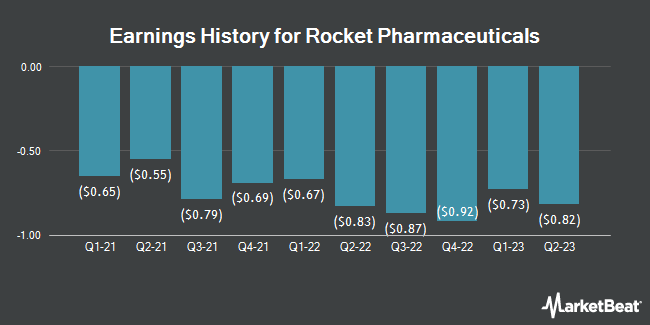