As pressure mounts on the energy industry’s carbon emissions, McAlinden Research Partners asserts renewable energy could be the release valve.

Some activists are calling the events a “watershed day” for the oil industry, but it remains to be seen how oil output and demand will be affected in the short term, or if a shift toward solar and wind might be what helps these long-standing energy titans survive and innovate. Regardless, climate-focused energy initiatives at the corporate and regulatory levels will continue to push the oil and gas industry closer to greater dependence on renewable capacity.

Renewables on the Rise

Per National Public Radio (NPR), a recent IEA report found that the world’s renewable energy capacity jumped 45% in 2020, part of an “unprecedented boom” in wind and solar. Wind power expansion surged 90%, while solar panel installations rose 23%, both of which were record highs.

The report states that renewable power was the only energy source for which demand increased, while consumption of all other fuels declined. That level of demand should only rise further, as the IEA expects renewables to account for 90% of total global power capacity increases in both 2021 and 2022.


To receive all of MRP’s insights in your inbox MondayFriday, follow this link for a free 30-day trial. This content was delivered to McAlinden Research Partners clients on June 1.

Corporate demand for clean energy has also expanded, as companies boost sustainability efforts in an attempt to limit their carbon emissions. According to the Wall Street Journal, businesses purchased a record 25 gigawatts of renewable energy globally last year, up 25% from the previous period.

However, renewable energy still has a long way to go before it truly becomes the new normal. A recent survey conducted by the PEW Research Center found that nearly two-thirds of Americans believe climate change is an urgent problem that needs to be addressed. Yet, only one-third of respondents are okay with completely phasing out fossil fuels, indicating the clean energy transition will be a very gradual process.

As MRP noted earlier this year, big oil companies are beginning to prepare for an increasingly inevitable clean energy future, and events over the last week have accelerated that transition.

Bloomberg reported that a Dutch court ordered Royal Dutch Shell Plc to slash its carbon emissions much faster than the company had anticipated.

Shell had previously pledged to cut its carbon emissions by 20% within the decade, but the new verdict would order Shell to slash carbon emissions by 45% before 2030, and 72% by 2040. Bloomberg wrote that Shell’s greenhouse gas emissions in 2019 were around 1.65 billion tons, which is roughly the same as Russia, the world’s fourth largest polluter.

Shell has announced it plans to appeal the ruling, but if it is upheld, it could have major ripple effects for Shell’s European competitors, including BP and Total SE.


To receive all of MRP’s insights in your inbox MondayFriday, follow this link for a free 30-day trial. This content was delivered to McAlinden Research Partners clients on June 1.

The climate lawsuit came on the heels of another stunning defeat for the oil industry. According to The Verge, Exxon Mobil voted in at least two new board members who are focused on moving the company in a more climate-friendly direction. The New York Times reported this was the first time activist investors successfully voted their picks onto Exxon’s board, which could be a sign the post-fossil fuel world is arriving sooner than expected.

Climate activist Bill McKibben called the series of events a “watershed day” for oil industry, and noted the Shell ruling could be “game-changing.”

Fortunately, the tumultuous week for big oil does not come as a huge surprise. The Wall Street Journal recently reported oil companies have been looking to secure long term deals with companies to supply electricity, preparing their businesses for a lower-carbon world.

In a similar deal, France’s Total SE announced last week it would be providing solar power to the major U.S. drug manufacturer Merck & Co. Additionally, Reuters reported earlier this year that Shell would be supplying wind power to Amazon, who aims to be fully powered by renewable energy by 2025.

In March, Reuters wrote that Exxon Mobil would be spending $3 billion over the next five years to develop a low-carbon business unit. More recently, the company announced it would be expanding its five-year agreement with Global Clean Energy to increase its purchases of renewable diesel, a sign that Exxon is beginning to take the clean energy transition more seriously.

While renewables continue to gain ground, fossil fuels are still the most dominant source of energy, accounting for 81% of global energy consumption in 2019, according to the IEA. However, these recent rulings and shareholder meetings are leading oil companies closer to a lower-carbon reality. It certainly feels as if the tides are shifting in favor of renewable energy, and instead of fighting that trend, the energy giants look ready to leverage their economies of scale to compete and expand their business in green energy markets.

As far as crude oil futures go, these latest developments have either been ignored, or helped pour gasoline on already hot crude prices. As of Tuesday morning, WTI benchmark crude was priced at more than $68 per barrel, continuing a nearly 10% climb from its lowest point in May below $62.

While government, ESG (environmental, social, governance), and corporate-mandated shifts in the longer-term energy mix will make headlines and eventually have a dampening effect on demand for fossil fuels throughout the decade, we simply are not at that point yet. As it stands, the world’s demand for oil and gas is still in a recovery phase.

The Organization of the Petroleum Exporting Countries (OPEC) is set for its latest meeting with global allies in the OPEC+ coalition this week, starting on Tuesday. The bloc is widely expected to continue easing its self-imposed supply cuts to meet rising demand in the post-pandemic global economy. OPEC+ expects a sizeable, 6-million-barrel-per-day (bpd) jump in oil demand in 2021.

Additionally, OPEC recently cut its forecast for the amount it expects production from its noncartel counterparts to increase in 2021 by 200,000 bpd to just 700,000. In fact, The Wall Street Journal notes the bloc sees U.S. supply falling by another 100,000 bpd this year, after dropping 800,000 bpd in 2020, the cartel said.

With expected output increases, stockpiles in developed nations will still be below the average levels seen during 2015 to 2019 by Julya key benchmark for the group.

In its latest forecast, Australia and New Zealand Banking Group sees “demand outstripping supply in the order of 650,000 bpd and 950,000 bpd in Q3 and Q4 respectively,” noting that this includes an expected 500,000 bpd of increase in Iranian output due to easing sanctions from the U.S.

Based on supply-side trends that have bolstered crude oil prices in recent months, MRP added LONG Energy to our list of themes on Feb. 12, 2021. Shares in the space have suffered several years of underperformance, as exhibited in the Energy Select Sector SPDR Fund (XLE). We believe that trend is set to reverse with energy prices remaining buoyant for months to come.

According to Wood Mackenzie, the biggest oil firms could see record cash flows this year if oil prices average $55 per barrel as corporate cash flow breakevens have now reduced to a mean of just $38 per barrel from $54 before the COVID crisis.

Since we added the theme, the XLE has outperformed, returning +17% versus the S&P 500’s gain of +7% over the same period. 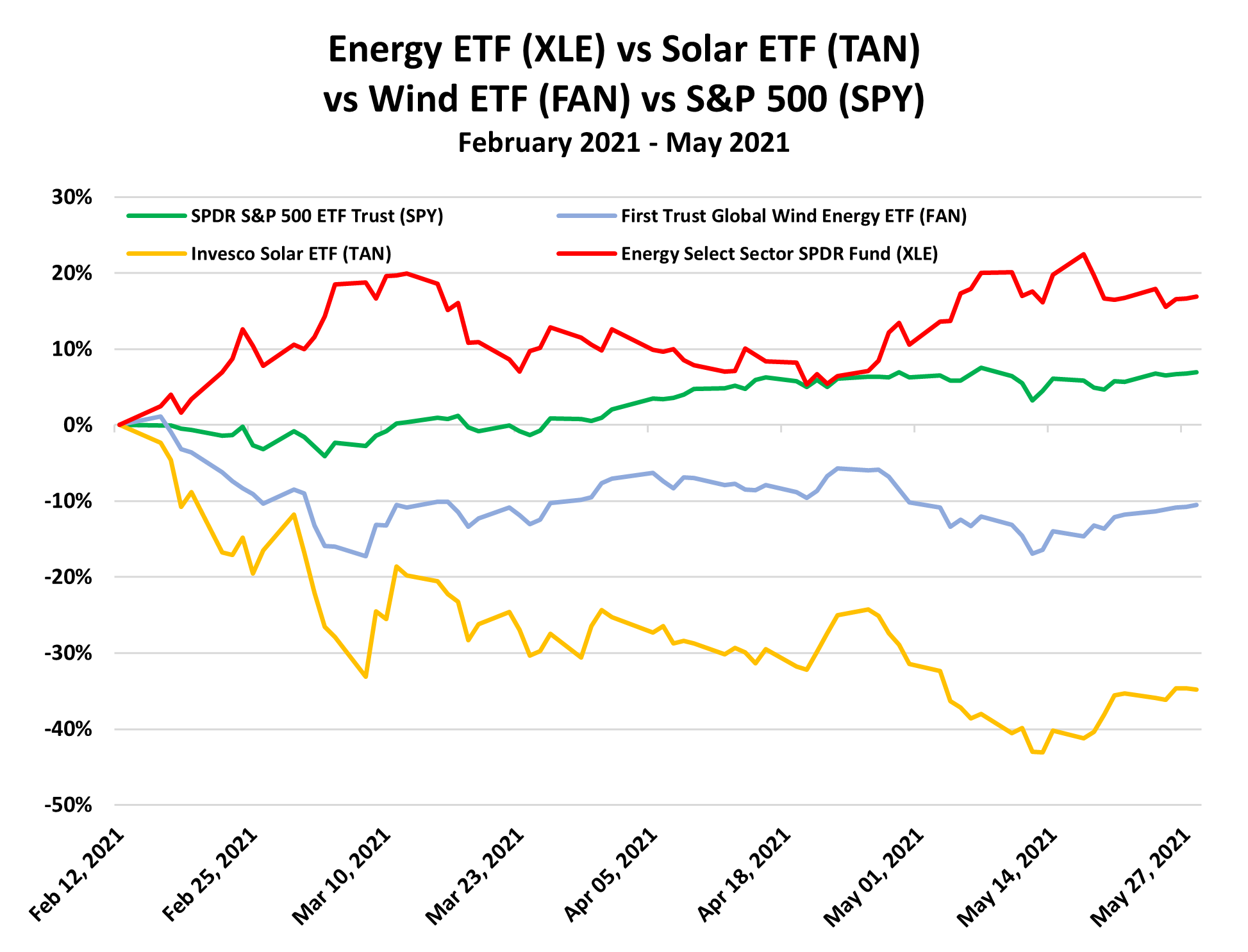 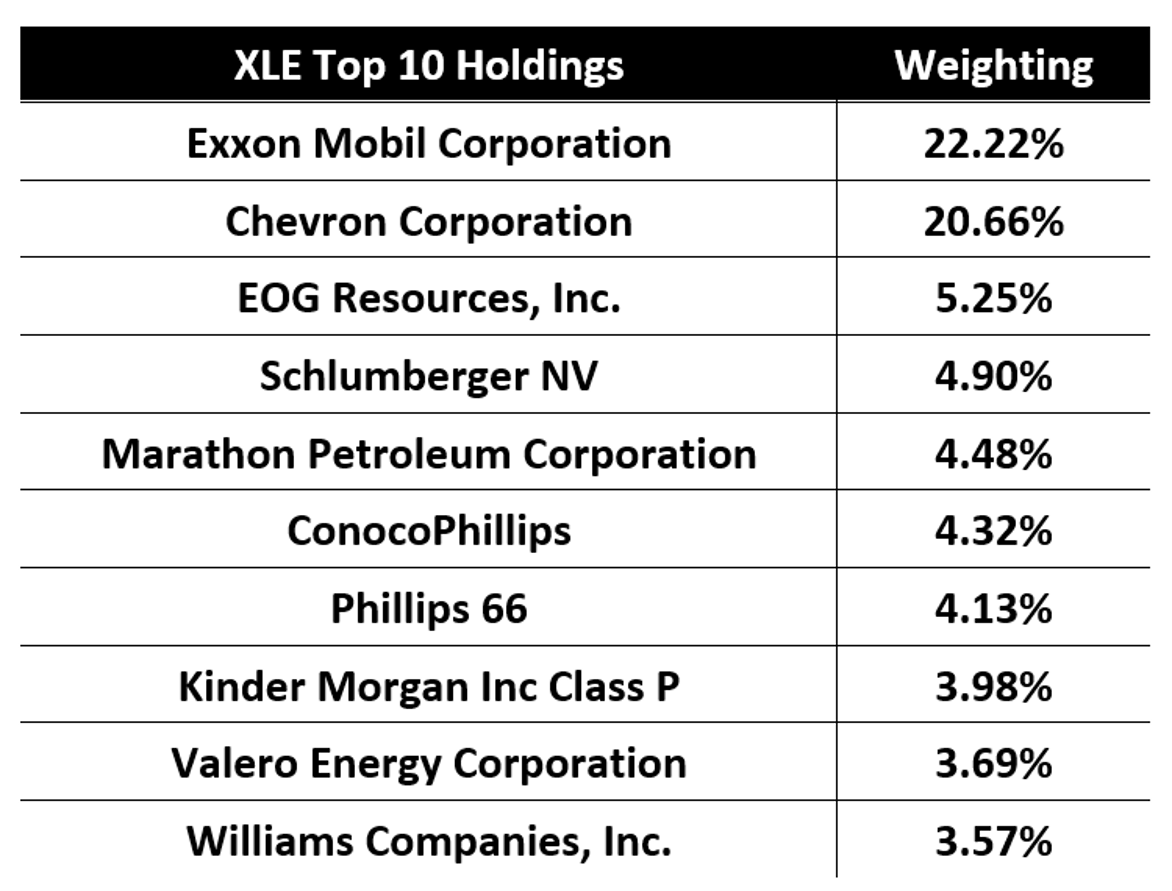 McAlinden Research Partners (MRP) provides independent investment strategy research to investors worldwide. The firm’s mission is to identify alpha-generating investment themes early in their unfolding and bring them to its clients’ attention. MRP’s research process reflects founder Joe McAlinden’s 50 years of experience on Wall Street. The methodologies he developed as chief investment officer of Morgan Stanley Investment Management, where he oversaw more than $400 billion in assets, provide the foundation for the strategy research MRP now brings to hedge funds, pension funds, sovereign wealth funds and other asset managers around the globe.

1) McAlinden Research Partners disclosures are below.

2) The following companies mentioned in this article are billboard sponsors of Streetwise Reports: None. Click here for important disclosures about sponsor fees. The information provided above is for informational purposes only and is not a recommendation to buy or sell any security.

5) From time to time, Streetwise Reports LLC and its directors, officers, employees or members of their families, as well as persons interviewed for articles and interviews on the site, may have a long or short position in securities mentioned. Directors, officers, employees or members of their immediate families are prohibited from making purchases and/or sales of those securities in the open market or otherwise from the time of the decision to publish an article until three business days after the publication of the article. The foregoing prohibition does not apply to articles that in substance only restate previously published company releases.

This report has been prepared solely for informational purposes and is not an offer to buy/sell/endorse or a solicitation of an offer to buy/sell/endorse Interests or any other security or instrument or to participate in any trading or investment strategy. No representation or warranty (express or implied) is made or can be given with respect to the sequence, accuracy, completeness, or timeliness of the information in this Report. Unless otherwise noted, all information is sourced from public data.

McAlinden Research Partners is a division of Catalpa Capital Advisors, LLC (CCA), a Registered Investment Advisor. References to specific securities, asset classes and financial markets discussed herein are for illustrative purposes only and should not be interpreted as recommendations to purchase or sell such securities. CCA, MRP, employees and direct affiliates of the firm may or may not own any of the securities mentioned in the report at the time of publication.