Subscribe on LinkedIn to be notified of each new Daily Update—a curated selection of essential intelligence on financial markets and the global economy from S&P Global.

All eyes will be on the Federal Reserve’s dovish stance over the months—and ultimately years—ahead as the U.S. economy, employment, and inflation grow.

The U.S. central bank maintained its benchmark federal funds interest rate at effectively 0% and signaled that it will likely leave the rate unchanged through at least 2023. In addition, the Fed will continue purchasing $120 billion in bonds each month until data indicates an economic recovery.

“When we see actual data coming in that suggests that we’re on track to perhaps achieve substantial further progress, then we’ll say so,” Fed Chairman Jay Powell said during a press conference following the central bank’s annual policy meeting on March 17. “And we’ll say so well in advance of any decision to actually taper.”

Inflation remains below the Fed’s 2% target. But against the backdrop of a recent surge in government bond yields and the outlook for an economic rebound later this year, approximately two-thirds of investors surveyed this month by Bank of America said they see rising inflation and the potential for a bond market paroxysm as the most pressing market risks. Separately, 31 U.S. corporates declared bankruptcy during the first two weeks of March, following 35 total bankruptcies in all of February, according to S&P Global Market Intelligence data.

Other market observers have warned that the pressures of the pandemic prevail over all others.

Still, with the global vaccine rollout underway and the U.S. administering nearly 3 million daily inoculations, the world’s largest economy is likely to heat up come summertime. Warming its forecasts from their December projection of 4.2% growth this year, Fed officials now anticipate that U.S. GDP will expand by 6.5% in 2021.

“While we welcome these positive developments, no one should be complacent,” Fed Chairman Powell said. “At the Fed, we will continue to provide the economy the support that it needs for as long as it takes.”

The sunnier outlook also extends to the jobs market, where the central bank believes the U.S. unemployment rate is likely to decline to 4.5% by year-end. The pathway forward to the pre-pandemic 3.5% unemployment level, however, may be challenging. Even as the unemployment rate fell to 6.2% in February, S&P Global Economics believes the realistic rate is closer to 9%. However, that number is likely to decline this year at a measured pace.

“Aside from ongoing pandemic risks, investors should be more worried about the long-term damage inflicted by this crisis, namely on the employment front,” Mr. Klachkin said.

Today is Thursday, March 18, 2021, and here is today’s essential intelligence.

Uncertainty in the Global Economy 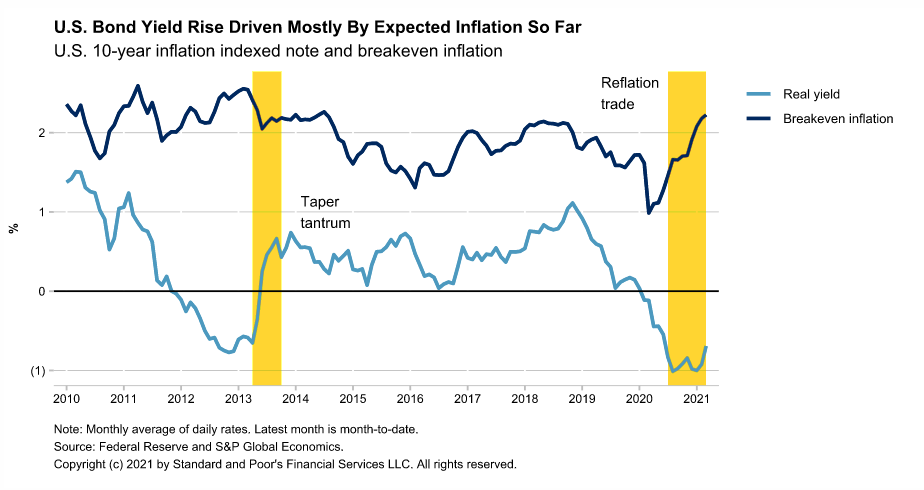 Recovery across Asia’s emerging economies should withstand rising U.S. yields so long as this reflects reflation rather than a monetary shock as in 2013. Current account balances are also now stronger, inflation is lower, and real interest rates are higher which should allow central banks to remain focused on supporting recovery. If markets price a policy mistake and U.S. real yields surge higher, risks of a “taper tantrum” rise, with India and Philippines most exposed.

Under the administration of President Joe Biden, the U.S. Federal Trade Commission is rallying fellow regulators in Canada, the UK. and Europe to revise the way they study the impact of pharmaceutical M&A. Antitrust reviews generally involve examining product and pipeline overlap, and FTC acting Chair Rebecca Kelly Slaughter envisions a more sophisticated approach that includes a transaction’s effects on prices and access to medicines.

The Future of Credit 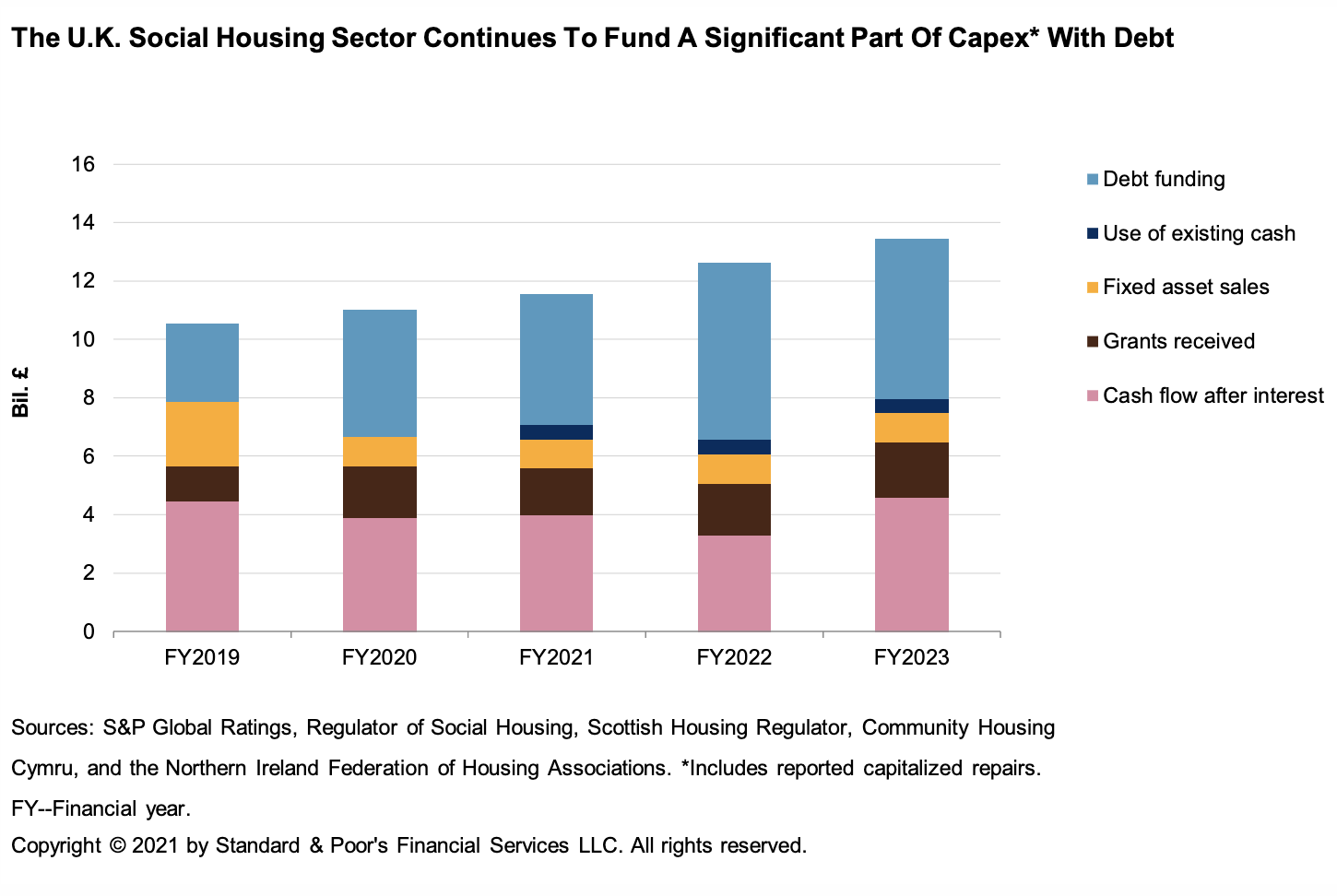 S&P Global Ratings estimates that the UK.-based social housing providers will need to borrow £20 billion in the two years to March 31, 2023, to fund their capital expenditure programs and refinance maturing debt.

Bank of England research shows soaring lending to small and medium-sized enterprises during the pandemic, even as the UK. government opens the taps on further lending, and rising indebtedness could become an issue.

Even With Restaurants Rebounding, U.S. Food Retailers And Suppliers Are Expected To Stay Strong In 2021

Sudden COVID-19-related stay-at-home orders, extreme hoarding of food and other staples, and the rapid acceleration of e-commerce made food-at-home (FAH) companies one of the biggest winners in the U.S. retail and restaurant sector in 2020. 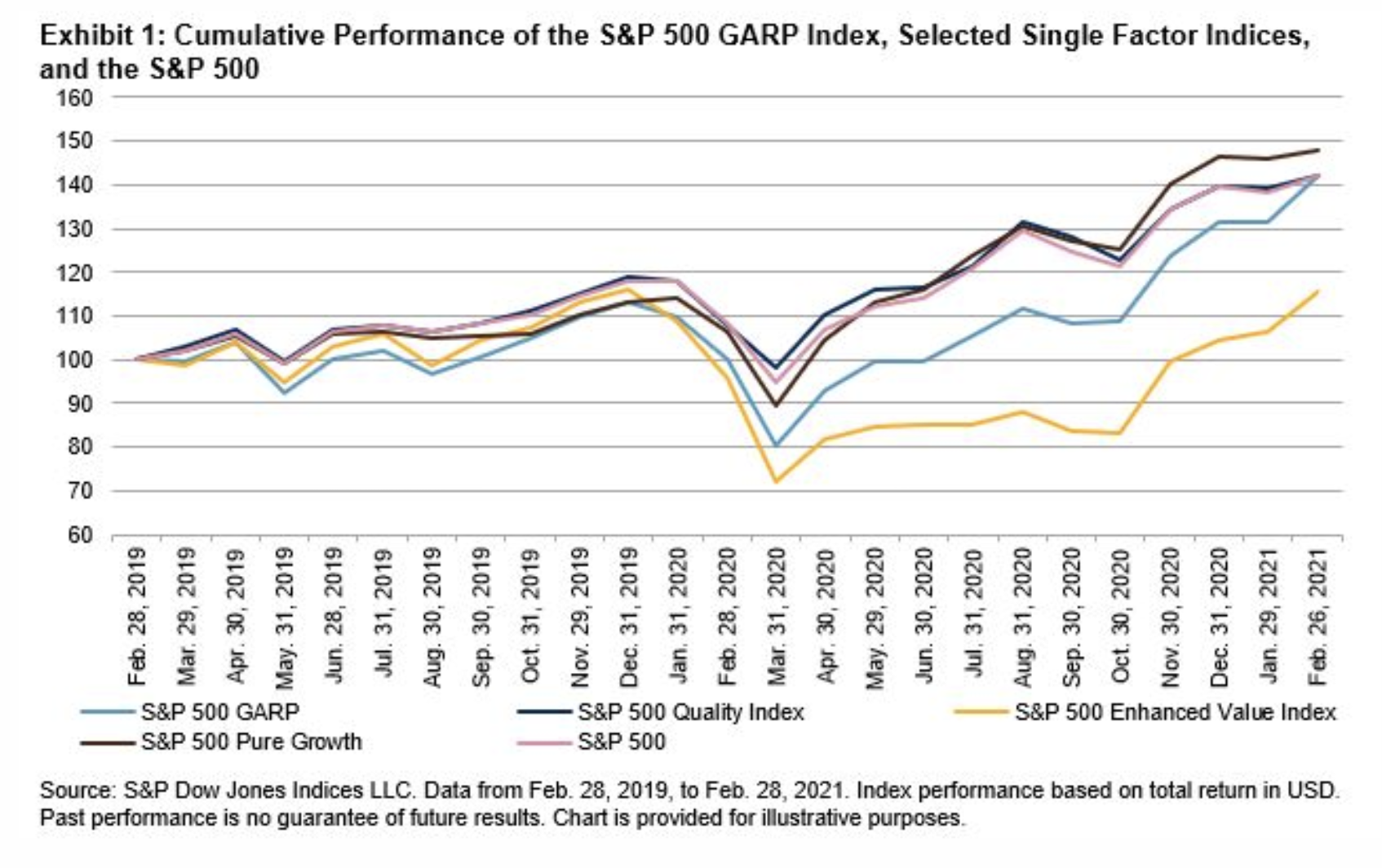 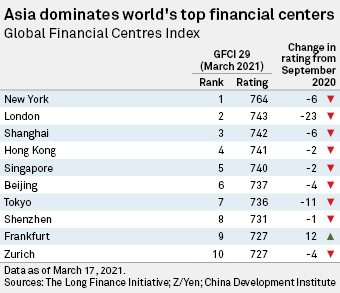 Asian cities continue to dominate a list of most competitive financial centers in the world and the confidence in the global financial systems is stabilizing as vaccines raise hopes that the COVID-19 pandemic will likely abate this year. Six of the top 10 cities in the biannual Global Financial Centres Index compiled by the Z/Yen Group in cooperation with the China Development Institute are Asian hubs. 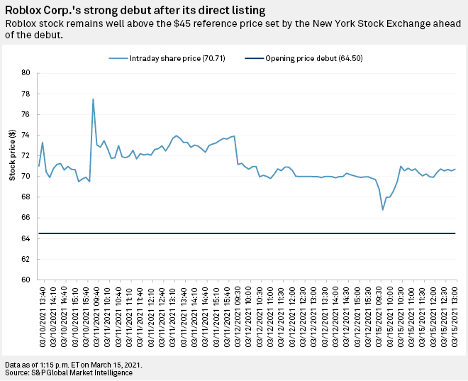 Though tween-centric Roblox Corp. has surged in popularity amid the pandemic, analysts are confident the gaming site is more than just a passing fad.

Tech and SPACs: Feeding The Frenzy

After the boom years of 2019 and 2020, there are plenty of special purpose acquisition company sponsors and investors who have minted cash on the deal structure, which involves the IPO of a holding company and the subsequent merger of that company with an operating entity. But it is unclear whether 2021’s run of new SPAC sponsors will find the merger partners they need, and even if they do, whether investors will hold the same appetite for growth companies that propelled tech and tech-focused media equities to new valuation heights in 2020.

ESG in the Time of COVID-19

Global Wind Additions Accelerate In 2020, but Challenges to Scale Remain 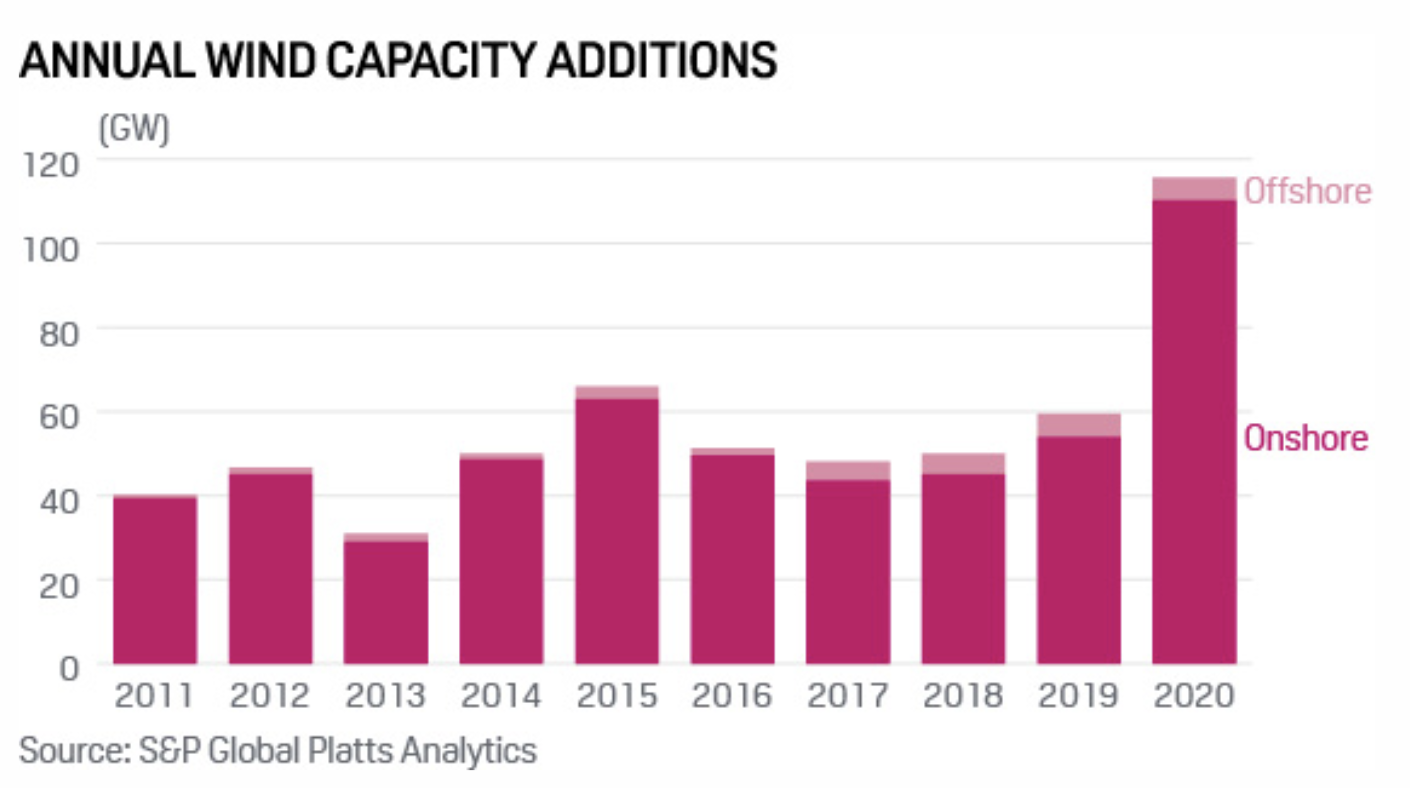 While 2020 was a year of unprecedented disruptions, wind power newbuild activity proved resilient, with wind turbine capacity additions accelerating across the globe.

Three environmental advocacy groups accused Chevron Corp. of “greenwashing” in a complaint to the Federal Trade Commission, accusing the U.S. oil major of “egregiously misleading consumers” by overstating its investments in renewable energy and its efforts to reduce emissions of greenhouse gases.

The Future of Energy & Commodities 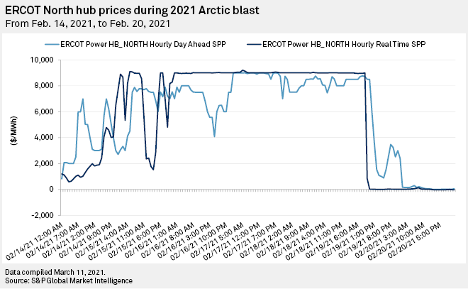 Arthur D’Andrea, chair of the Public Utility Commission of Texas, resigned March 16 following the release of a call in which he told BofA Securities analysts that he would work against repricing billions of dollars worth of sky-high electricity transactions that occurred during and after February’s deadly winter storm that nearly caused Electric Reliability Council Of Texas Inc.’s power grid to collapse.

Natural Gas In Storage Set to Decrease by About 30% of Five-Year Average: Survey

Analysts call for another below-average storage withdrawal to U.S. gas stocks, and a rare seasonal net injection is possible in the weeks ahead as the February deep freeze fades into memory for markets.

Written and compiled by Molly Mintz.

Dollar Index – US Dollar Index to slide below the 91.00 level in the coming weeks – Westpac