We will continue to see buyers on dips going forward and there is no way you can sell this market.

The S&P 500 broke higher during the trading session on Friday as the jobs report missed horribly. Originally anticipated there being an addition of 1 million jobs for the month of April, the number that was released by the Bureau of Labor Statistics came in at 266,000. Wall Street celebrated the poor numbers, because that gives a good chance for cheap money that people will use to pump into the markets yet again, something that we have seen over the last 13 years.

At this point, I think that the 4200 level underneath would be supported and that is previous resistance. If we break down below the 4200 level, then the market is likely to go looking towards the 4100 level. The 4100 level is significant support as we have seen over the last couple weeks, so I think at this point it would only be a matter of time before people are willing to get involved on some type of value.

If we break down below the 4100 level, the market is likely to go looking towards the 4000 handle, which is a large, round, psychologically significant figure, and the scene of a gap. That gap is backed up by the 50-day EMA in the same area, so it does make sense that there would be buyers jumping in. Ultimately, this is a market that continues to see plenty of upward momentum, and I think that value hunters will continue to be attracted to the stock market as yields in America continue to drop off.

We are closing towards the top of the candlestick, which suggests that we are going to see a lot of continuation, as the fact that people were willing to go into the weekend long tells me that there is quite a bit of confidence. That confidence would end up being yet another reason to see this market continue to go higher. Ultimately, we will continue to see buyers on dips going forward and there is no way you can sell this market. If we did break down below the 4000 handle, then I think you could be a buyer of puts; but you cannot short this market, not with the Federal Reserve and its antics. 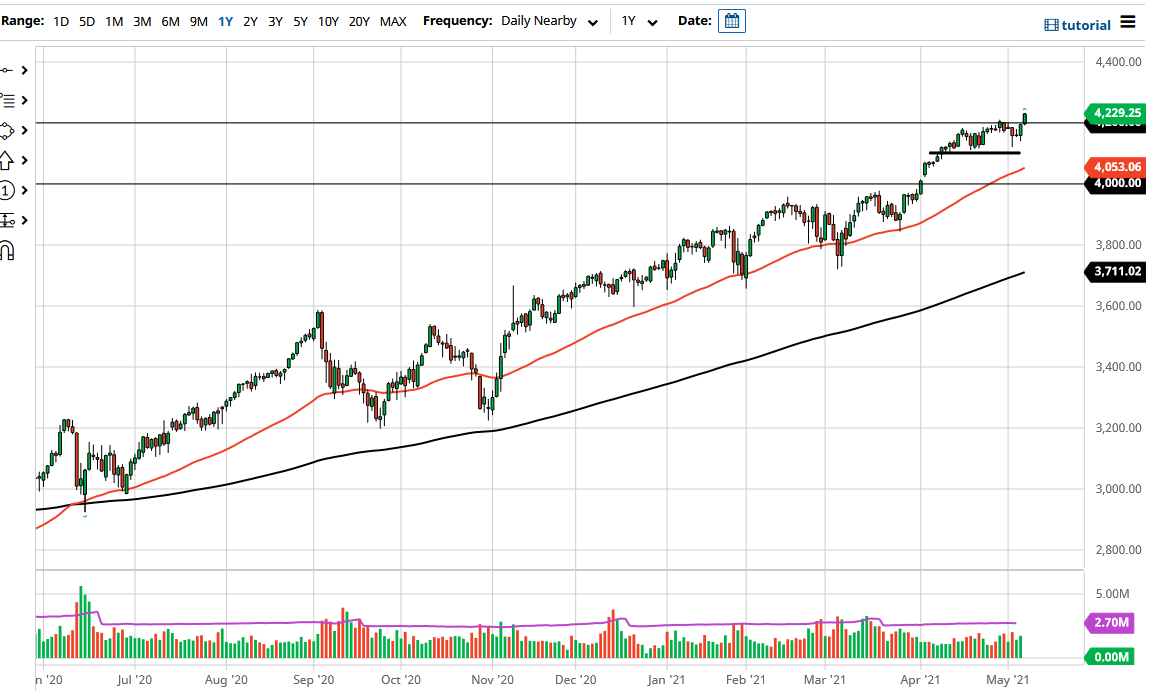