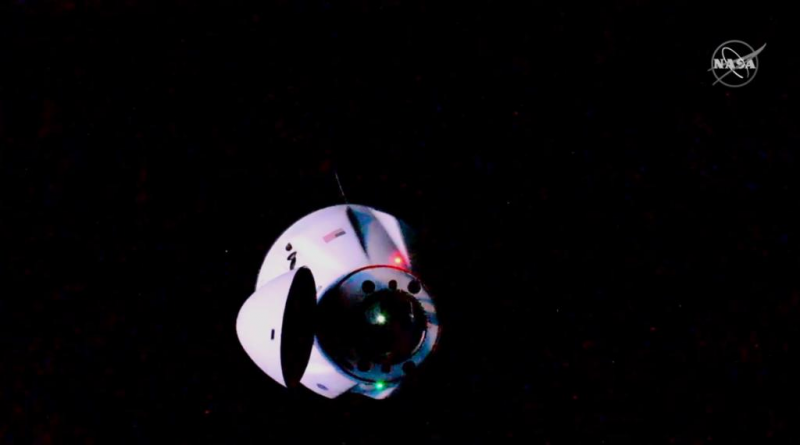 The Dragon cargo spacecraft was berthed to the ISS at 5:09 a.m. EDT on Saturday, June 5. It was launched from Kennedy Space Center in Cape Canaveral, Florida, on June 3.  Dragon is a reusable spacecraft, but this mission featured a brand-new Dragon capsule.

The mission carried nearly 7,000 pounds of cargo to the ISS, including Roll-Out Solar Arrays (iROSA). Redwire designed, manufactured, and tested the six new solar arrays, equipped with upgraded solar cells from Boeing’s Spectrolab. The ROSA arrays were developed by Redwire subsidiary Deployable Space Systems (DSS) and were first successfully demonstrated on ISS in June 2017. These arrays represent a 20% to 30% improvement in power capacity over previous systems. The robotic Canadarm2 on the ISS will extract the arrays and astronauts will install the solar arrays during spacewalks planned for June 16 and 20.

SpaceX regularly launches Dragon missions for both crew and cargo to the ISS, but a new deal with Axiom Space commercializes the service. On June 2, Axiom Space announced that it has purchased three Dragon flights to fly private crews on fully commercial missions to the ISS.

Ax-1, Axiom’s first private ISS mission, has already been approved by NASA and targeted for launch to the ISS no earlier than Jan. 2022, also aboard Dragon under a deal the companies signed in 2020.

“Axiom was founded on a vision of lasting commercial developmeant of space,” Axiom President and CEO Michael Suffredini said. “We are on track to enable that future by managing the first-ever private missions to the ISS as a precursor to our development of the world’s first commercial space station. SpaceX has blazed the trail with reliable, commercial human launch capability and we are thrilled to partner with them on a truly historic moment.”