Saving for retirement may not be at the top of your financial priorities, especially if you’re young. But if you don’t put away money for your later years today, you’re more likely to regret it in the future.

You may even be aware that getting a late start on retirement savings will mean you’ll have to save substantially more each year in order to reach your savings goal. And you may even be planning for that by prioritizing things like paying down debts, including student loans and your home mortgage, first.

But by compressing your retirement savings plan into a shorter period of your working career, you’re taking on a significant risk you might not realize. 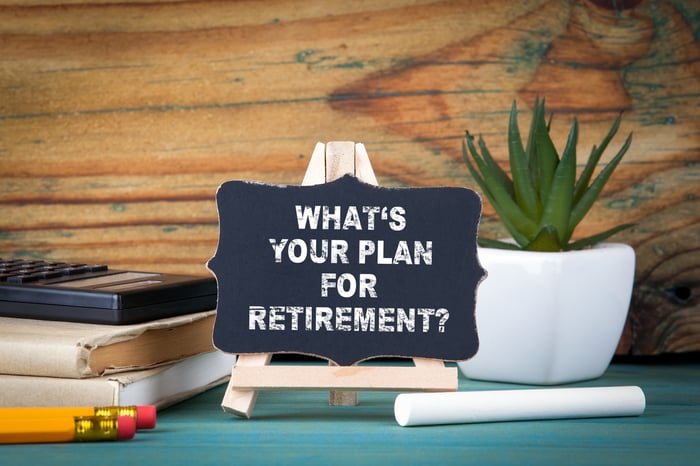 Common financial advice often talks about how the stock market returns something like 8% per year, but anyone who’s even thought about investing their hard-earned money knows the market won’t return an annualized 8% on your cash day in and day out.

The pattern is clear. The longer you invest, the more likely you are to come out ahead. But you never know when you’re going to have a good decade or a decade where you lose money.

If you compress your retirement savings into a shorter time frame, you’re taking on a greater risk of poor returns on your investments.

It’s not all about compound interest

You’ve probably heard the story about the two hypothetical investors. One starts saving in their mid-20s and lets their investments compound for 40 years. Another doesn’t start planning for retirement until their mid-50s, leaving just a decade before they expect to retire. Late savers might think they need to save four times as much each year, since they’re investing for one quarter of the time. Actually, they’ll need to invest almost 18 times the early starter’s amount each year in order to catch up, assuming an 8% annual return.

While that’s daunting in and of itself, the late starter also faces a greater risk of a poor sequence of returns.

If your investments go up over 30% in your first year of saving for retirement, that doesn’t make you an investing genius. That happens once a decade on average. In fact, that’s the worst possible year (mathematically speaking) you could ask for such a great result. Ideally, you want more money at work when the stock market rockets higher.

The saver who started thirty years earlier already has a substantial nest egg built up for when that 30% pop in the market happens. As a result, they see a lot more financial benefits than someone just starting to put their money to work in the stock market that year.

If you see really strong stock market returns in the early years of your retirement planning and really poor returns in the later years, you’ll likely end up falling short of your retirement savings goals even if the market showed average returns when looking at the entire period. You can mitigate that risk by investing over a longer time horizon. That gives you a greater chance of having a substantial amount of money in the market when a strong sequence of returns presents itself.

If you delay your retirement savings, you may never see a good sequence of returns, and if you do, it’s more likely you won’t have much money in the market when those returns show up. Starting your retirement planning as early as possible isn’t just about giving compound interest time to work its magic — it’s about reducing your reliance on getting lucky with your market timing.

The $16,728 Social Security bonus most retirees completely overlook
If you’re like most Americans, you’re a few years (or more) behind on your retirement savings. But a handful of little-known “Social Security secrets” could help ensure a boost in your retirement income. For example: one easy trick could pay you as much as $16,728 more… each year! Once you learn how to maximize your Social Security benefits, we think you could retire confidently with the peace of mind we’re all after. Simply click here to discover how to learn more about these strategies.