The economic recession wiped billions of dollars off the global economy, and recession fears dominated the stock market performance in early 2020. In the months that followed, investor focus shifted to companies that would benefit from mobility restrictions, and the likes of Zoom Video Communications Inc. (ZM) thrived as investors got behind the few companies that were facilitating the new normal. Today, both investors and analysts are laser-focused on companies that will benefit from the eventual reopening of the economy, and some of the well-known companies in the airline and cruise industries have already been targeted by many market participants. 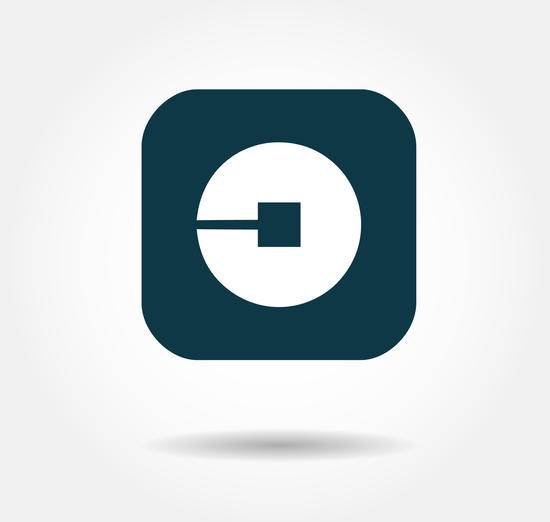 In a research note sent to clients on March 25, Morgan Stanley analyst Brian Nowak noted that Uber Technologies Inc. (NYSE:UBER) is one of his favorite reopening plays, and a careful evaluation of its prospects reveals the company has a compelling story.

The company suffered a setback when its founder Travis Kalanick stepped down from the board of directors in 2017. However, Uber has delivered a strong financial performance ever since, and management has guided for profitability by the end of this year assuming the ridesharing segment will recover sharply in the second half of the year. The Uber Eats and Uber Freight sectors are expanding, but the success from these businesses alone will not be able to push the company to breakeven.

Uber has a feasible plan to collaborate with public transit agencies all over the world, allowing users to book all transportation through the Uber app. The company submitted a report in January outlining its approach toward public transportation that will be implemented over the next three to five years. This includes public transportation not constrained to the bus, subway, bikes, scooters or ridesharing. Some of the key points Uber presented to the U.S. government include:

The company, so far, has looked to position itself as a transportation-as-a-service company, and Uber is now expanding its horizons to emerge as an important player in the global public transportation industry as well. Lyft Inc. (NASDAQ:LYFT), Uber’s main competitor, is also following a similar strategy and has launched a new initiative in Santa Monica, California that allows riders to look up route information for local transportation. Competition, therefore, is likely to remain elevated in the coming years.

Uber has yet to disclose how much it intends to invest in this new venture, but the company is likely to invest a few hundred million dollars to get started. Last July, Uber acquired Routematch, a leading software provider serving more than 500 public transit agencies in every corner of the world. This partnership is likely to help Uber secure new business with government agencies in the coming years, which could lead to stellar revenue growth. Announcing the deal and discussing the doors it would open to the company, Uber wrote in a press release:

“This acquisition brings together Uber’s expertise in on-demand, global mobility technologies with Routematch’s proven capabilities across paratransit, payments, fixed-route tools, and trip planning services. Both companies believe it will create new innovations that make it easier for agencies to provide the right transportation solutions to their riders, through an expanded suite of technologies. Public transportation will always be a vital artery that connects people to their cities and towns. But as many have told us, there are many challenges that simply did not exist when fixed route services and systems were created decades ago. We believe that inclusive transportation software can help transit agencies deliver more value for riders, businesses, and communities.”

As the leading ridesharing company in the world, Uber is now entering a phase in which it will try to monetize its userbase more effectively. The expansion into public transit services is one of the many ways it is planning to achieve this objective.

The expected success of the vaccination program will result in the reopening of travel hubs around the world, and the busiest airports in the world will once again be open to passengers, which will be a positive development for Uber and other ridesharing companies. This expected uptick in demand is one of the main reasons behind Morgan Stanley analysts naming Uber as a top reopening play.

Investors, however, need to pay close attention to the regulatory risks Uber might face in the future. Several governments are concerned about the regulation of ridesharing services. Uber’s rise has negatively affected the business of other conventional taxi services, which has sparked opposition and even turned political at times. Even the authorities are concerned about the need to enact new laws for companies such as Uber to ensure a fair playing field for all market participants. Although Uber does not face any material risk from this front in any of the major markets it currently has a presence in, keeping a tab of new developments will be the best course of action for investors.

There is also an argument that Uber should treat its drivers as employees rather than contractors. More than 4,800 Uber drivers in California filed a class-action lawsuit against the company to win employment benefits in a federal court last year. However, California Proposition 22, which was approved in November 2020 with 59% of the vote, exempted app-based transportation companies, including Uber, from providing employee benefits to certain drivers. Uber is pushing for similar changes globally. Commenting on the success of the Proposition 22 campaign, CEO Dara Khosrowshahi said:

“Our proposal for a new pragmatic approach is supported by 82% of drivers and 76% of voters. And it’s a priority for us to work with governments across the U.S. and the world to make this a reality.”

If Uber achieves the desired outcome in its effort to push for regulatory changes, it will be in a good position to capitalize on favorable industry conditions in the coming years. However, there is uncertainty regarding its ability to thwart the threat of increased regulatory scrutiny, which is something investors would need to monitor closely.

Uber’s target is to cut costs and bring the company to profitability, which is exactly what investors have been expecting of the company for years. Khosrowshahi believes the company’s acquisition of the food delivery service Postmates will propel it to profitability this year. He also believes that expanding this division will lead to strong revenue growth in the coming years. In the fourth-quarter earnings call, he said:

“We’re very confident we’re going to get to profitability next year and we have enough of a diversified portfolio to make that statement with quite a bit of confidence.”

Uber continues to invest in new businesses as well with a view of further scaling up its business to retain its market leadership position. For example, Uber is reportedly considering a deal to acquire its rival in Germany, FreeNow (previously known as MyTaxi). FreeNow is currently owned by BMW (XTER:BMW) and Daimler AG (XTER:DAI). If this deal goes through, Uber will gain access to over 50 million customers and 750,000 drivers in Germany, which is one of the most important markets in Europe.

The planned investments, coupled with the improving outlook, paints a promising picture of what the future holds for Uber. Its market value is likely to increase sharply if the company achieves profitability in the near future. There are regulatory risks facing the company, but Uber has managed to mitigate this threat and thrive so far. Investors, however, need to monitor these risks carefully as part of the due diligence process.

I am an investment professional with 5-years of experience in financial markets. I specialize in U.S. equities and incorporate a top-down approach to identify developing macro-level trends and the companies that would benefit from such trends. I am a strong believer that the best investment opportunities could be found in under-covered equities.

I\’m a CFA level 3 candidate and an Associate Member of the Chartered Institute for Securities and Investment (CISI, UK). I am a registered candidate for the Chartered Wealth Manager program as well. During my free time, I enjoy reading.

Netflix Stock – Stocks are at New Highs: Should You Buy?