The electric vehicle (EV) space is one driven by what has been some pretty seamless global supply chains for batteries, chips and other key components. However, certain EV and battery stocks have taken a beating of late as supply chain disruptions have wreaked havoc on this sector.

These supply chain issues are important for investors to consider today. Valuations of many high-flying EV/battery stocks are priced to perfection today. Accordingly, any such near-term supply chain disruptions are likely to be factored in at an outsized magnitude. Most financial models weight near-term projections much more heavily than long-term growth rates.

So, growth rates matter. And a deceleration of growth is exactly what investors in the EV space want to avoid.

Additionally, some companies have been hit harder than others due to these supply chain issues. In this article, I’m going to highlight seven companies I’d invite investors to be cautious with given these headwinds.

Tata Motors, the parent company of Jaguar Land Rover, is one of a few EV players that has paused production due to battery shortage issues.

The company halted production for a short time earlier this year on battery supply issues with LG Chem. Reports were that Magna International (NYSE:MGA),the company working in partnership with Jaguar to produce its I-Pace EV SUV, would need to stop production for around a week while these issues were sorted out.

Since the date of the stoppage, shares of Tata are down approximately 10%. Investors appear to be taking the concerns seriously, though this sell-off has been relatively muted for Tata. After all, last quarter saw I-Pace sales growth of nearly 70%, an absolutely incredible increase for the luxury car maker.

This sort of share price appreciation obviously sets a high bar for the company’s numbers in the quarters to come. Accordingly, it remains to be seen to what extent this short-term production stoppage will have on Tata’s results.

TTM stock is now trading well above pre-pandemic levels, to highs not seen since 2018. Indeed, should sentiment begin to wane for this luxury EV producer due to battery supply/chip shortages, investors could see larger downside moves over the medium-term. 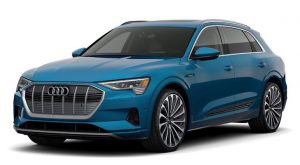 Also in February, Volkswagen unit Audi reported a production halt of its e-tron EV SUV due to battery-supply issues. The company’s factory in Brussels idled production for a short time, as similar issues related to batter supply hampered production.

However, Audi has continued to blow away growth expectations for its e-tron electric SUV. The largest profit center of Volkswagen, Audi is among one of the EV brands investors are looking to for growth in the SUV space.

The company’s e-tron model has increased sales dramatically in the U.S. market, with triple-digit growth over the past year. Audi’s announcement that the range on its e-tron model would be increasing, while prices would be slashed by $9,000 appears to have won over consumers looking for luxury EV options in the SUV space. Indeed, Audi is a company that’s been building a ton of momentum in this sector.

Volkswagen’s share price has come down substantially of late from its high earlier this year. However, the company’s core brands are seen as key competitors to other luxury EV brands such as Tesla (NASDAQ:(TSLA)) in the global race for EV market share.

Audi’s plans to build 80,000 e-trons this year may run into issues, given LG Chem’s promise of only 40,000 batter cells, initial reports have indicated. Accordingly, it appears this selloff is one directly related to battery shortages.

For investors betting on battery supply chain issues getting resolved in the medium-term, Audi and Volkswagen appear to be solid bets at these levels. 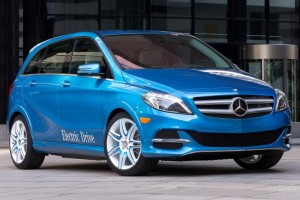 Shares of Mercedes-Benz parent Daimler have more than tripled from the company’s pandemic-induced lows a year ago.

Indeed, much of this rapid rise has been attributed to the success of the company’s EQC electric SUV. This is yet another I-Pace and e-tron rival, and one that has seen similar catalysts and headwinds of late.

Earlier this year, a German media outlet reported that EQC production could be cut to 30,000 units from the company’s planned production rate of 60,000 units this year. Mercedes denied the claims, and it appears investors have paid no attention to these reports. The company’s stock price has continued higher, and is now approaching its all-time highs.

Similar issues at battery maker LG Chem have provided some pause for investors considering the growth trajectory of this auto maker. However, strong sales across the company’s other divisions appear to be offsetting these concerns right now.

Mercedes is among the most diversified auto producers in terms of fuel source. Yes, this company’s making big moves into the EV space. However, investors in companies like Daimler/Mercedes are betting on a great brand. As Daimler’s product mix shifts more toward electric vehicles, it appears investors are more willing to take on supply chain risks with such brands today.

Lucid Motors, the company coming to market via a reverse SPAC merger with Churchill Capital, has garnered a lot of attention of late.

Of course, the battery-related issues plaguing the sector are problematic for all EV makers. However, one thing Lucid has going for it is that the company hasn’t yet produced a single vehicle. When Lucid does go into production, it’s possible that these supply bottlenecks will be sorted out.

Additionally, Lucid has an intriguing solution to the battery shortage issue which is plaguing this sector of late. Lucid recently proposed a second-life energy storage model which has struck a chord with investors. By reusing car batteries that are otherwise swapped out every few years in energy storage products, Lucid can double-dip on these assets. Disposing of batteries has proven to be an environmental nightmare, and I think more emphasis will be placed on battery recycling and second-life uses moving forward.

Accordingly, I think Lucid is an intriguing play in light of these battery-related issues today. Currently, CCIV stock trades at a substantial discount to its peak earlier this year on pessimistic SPAC-related sentiment. Thus, these levels could be an intriguing entry point for long-term EV investors today.

The “Tesla of China,” Nio is typically considered the number one option for EV investors looking for massive growth from the world’s second-largest economy.

The company’s stock price has come down dramatically from its peak earlier this year on a combination of factors. Like its other China-based peers (which I’ll discuss next), there’s growing concern that geopolitical factors could be an additional headwind for these stocks. The EV sector is a global one, and Chinese stocks have been hit with a barrage of issues of late, in addition to battery and chip shortage concerns.

That said, the company’s been battling these same headwinds as its global EV peers. During the company’s last earnings call, weak forward guidance was reported for production in Q2 tied to chip shortage issues. Accordingly, the stock sold off more than 12% on this news. The company still noted a production beat as well as strong longer-term guidance for production. However, these stocks are all priced to perfection, and these short-term supply disruptions matter.

NIO stock continues to trade well below its all-time high earlier this year. I think the Chinese market is an intriguing one for long-term growth investors. Accordingly, given the deteriorating U.S.-China relations we’ve seen play out, pure-play domestic EV players like Nio could see a big boost from higher domestic demand.

Li Auto’s focus is on the SUV segment in China, and it’s a company that has taken a hybrid approach to solving the EV problem in China. Due to a relative lack of charging infrastructure in China, Li’s approach has been to develop an SUV with a small gasoline engine to power the battery on longer drives. The company’s Li One SUV model is one that has gained traction in the Chinese market. However, Li still trails Nio by a wide margin.

Like Nio, Li Auto also provided relatively weak guidance of late. This weak guidance came in part due to supply chain issues tied to this sector. However, with so much of the production capacity for batteries currently in Asia, the hope is that Chinese automakers like Li can rebound from here.

The selloff in LI stock has been more dramatic than for many of its EV peers. Currently, investors are able to pick up LI stock at a discount of more than 50% to its peak. Again, for those who believe these supply chain issues will be hammered out, Li Auto is an intriguing choice at these levels.

To cap off the list, we have yet another Chinese EV player.

However, unlike many of the players on this list, XPeng expects to come out of this disrupted supply chain environment relatively unscathed. In fact, the company is ramping up production, and has topped expectations in its latest earnings.

That said, these results haven’t stopped XPEV stock from selling off. Like its Chinese EV peers, XPeng has seen a marked decline in investor interest of late. Various concerns around Chinese stocks have taken the limelight away from XPEV and other Chinese growth stocks.

I think XPeng is a unique player in the Chinese EV market. Yes, all players are looking to ramp up production right now. However, XPeng’s got some pretty ambitions goals of ramping up to 10,000 vehicles per month by the end of the year. Additionally, the company’s bullish outlook suggests that this supply shortage shouldn’t impact the company’s production goals. Thus, investors looking for growth may be enticed by this name.

XPeng is a smaller player in the Chinese EV space, trailing both Nio and Li. However, if the company’s growth trajectory materializes, investors hope this company could take off.

Currently, XPeng trades at a discount of approximately 60% from its peak.

On the date of publication, Chris MacDonald did not have (either directly or indirectly) any positions in the securities mentioned in this article.

Penny Stocks – Kelso Technologies Inc. (NYSE:KIQ) Is Down -1.3% – Can It Come Back? – Stocks Register

Uber Stock – Uber requires masks on rides, even for those who are vaccinated