Shares of Tesla, Inc. ((NASDAQ:(TSLA))) and NIO Inc. (NYSE:NIO) appear to have broken important resistance, which means they could move higher. But Lordstown Motors Corp. (NASDAQ:RIDE) shares failed at resistance, which means they could move lower.
What To Know: Resistance often forms at levels that were previously support. That’s what happened with the stocks of these three EV makers.
This is because some of the buyers who bought the stock get buyer’s remorse when the support breaks and the stock moves lower. They decide to sell but they don’t want to lose money.
So they put their sell orders at the price they bought the shares at. If there are enough of these sell orders, it forms resistance at the level that was support.
When resistance levels break, it means there’s enough demand to absorb all of the shares and then some. This leads stocks to make rapid moves higher.

See Also: 3 EV Stocks Are Rallying, But Is It Enough?

Tesla found support at the $590 level in March. The level turned into resistance, but the shares could be working their way through it. 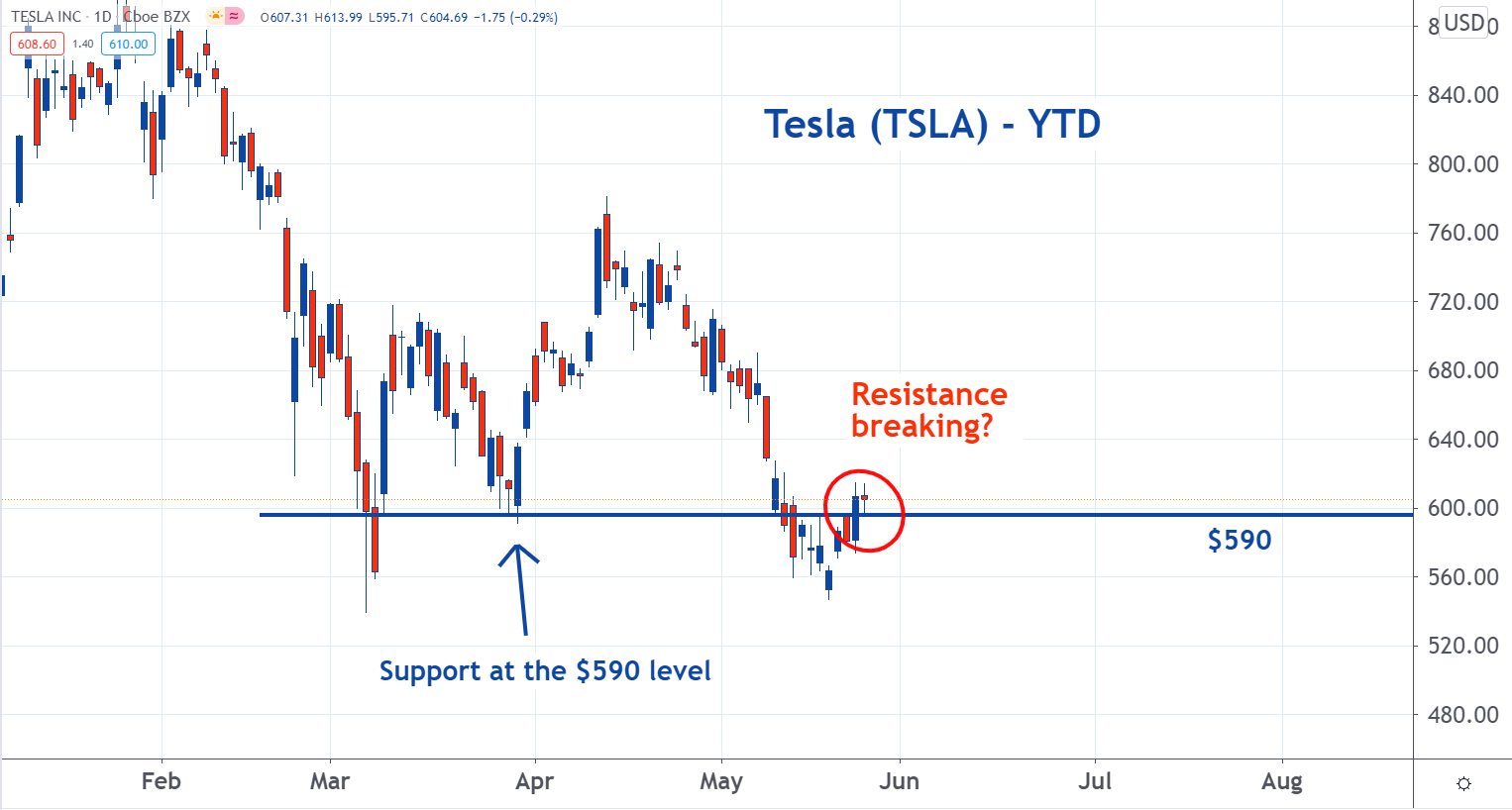 For Nio the support was at $35. This level converted into resistance, but it seems to be breaking as well. 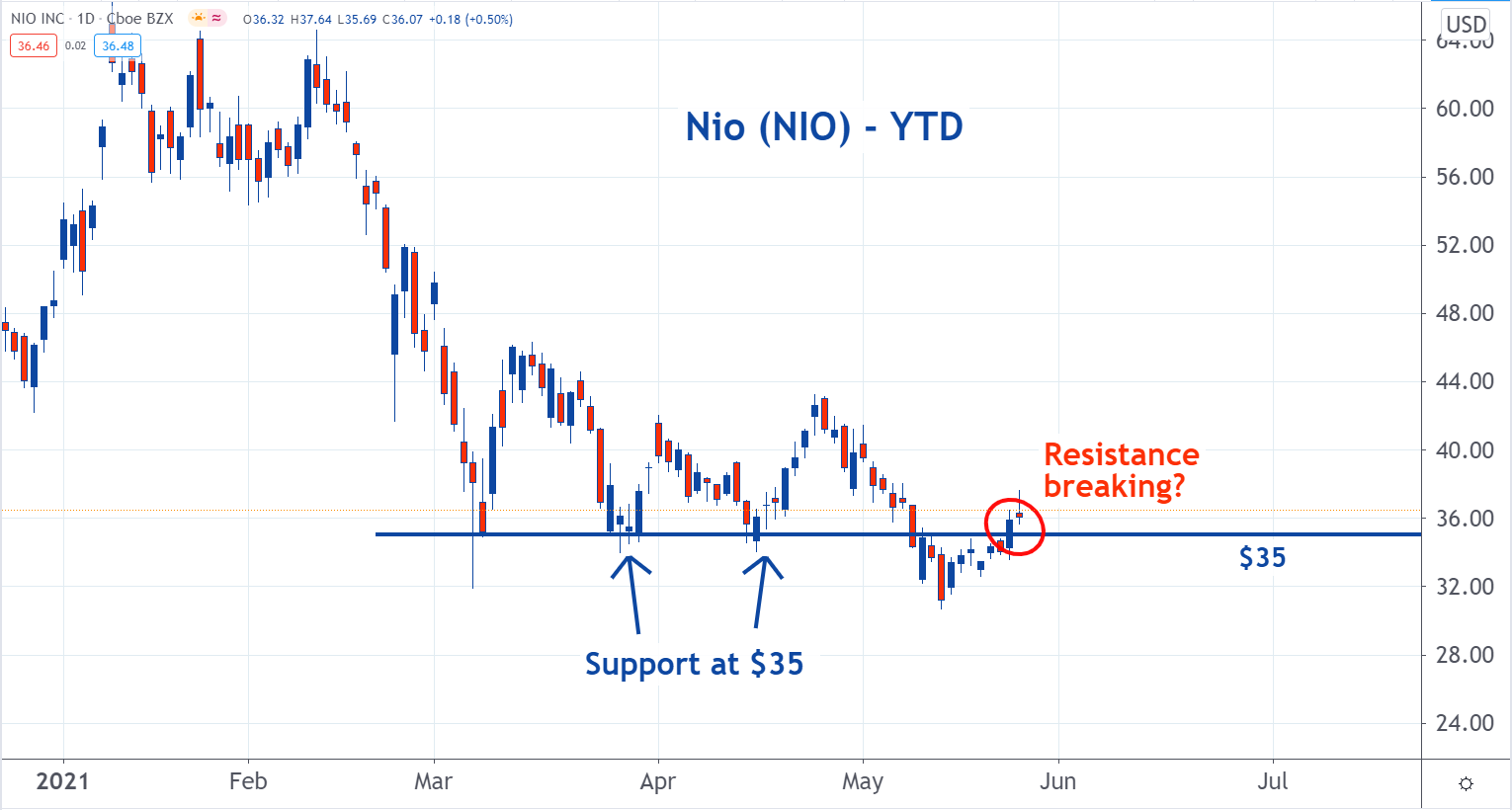 The situation for Lordstown’s stock is different.
There was support around the $11 in early April. The stock rallied off of its recent lows and reached this resistance, but unlike its counterparts, it failed to make it through. It has been trending lower since. 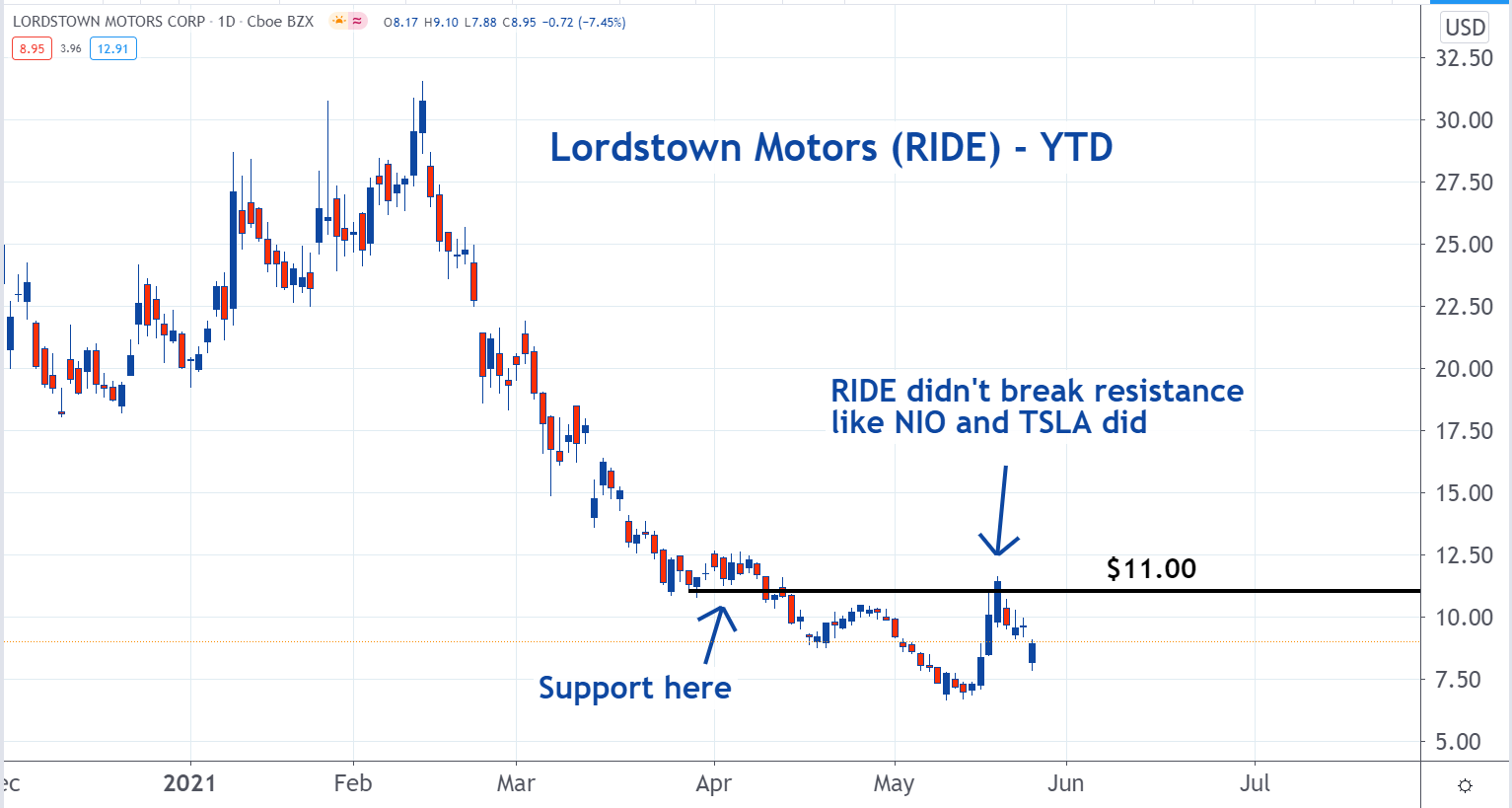 Your Resource for Non-Stop Trade Ideas

Join ZINGERNATION on “Power Hour”, as we work hard to deliver trade ideas every day.

CCL Stock – 7 Travel Stocks to Buy, Including 2 With More Than 100% Upside

Tesla Stock – Toyota vs Tesla: Which Stock To Buy These Days

CCL Stock - 7 Travel Stocks to Buy, Including 2 With More Than 100% Upside