If you’ve ridden the massive gains in Tesla ((NASDAQ:(TSLA))), congratulations! Tesla‘s disruptive electric vehicles (EVs) at affordable prices have caught on worldwide, and the stock has ridden EV enthusiasm to massive gains over the past year.

However, at an $800 billion valuation, Tesla‘s huge disruptive gains may very well be priced-in at this point. Not that Tesla‘s stock can’t continue to go up (and it could also go down, of course), but for younger investors looking for the next 10 or even 100-bagger, the three following brand-spanking new SPACs offer similar disruptive potential, but at much, much lower market caps. Being so new, the market may not have quite caught on to their huge potential opportunities just yet. 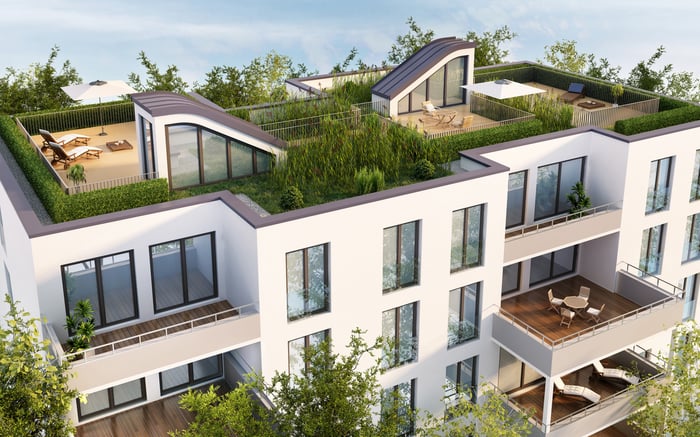 One of the areas in which technology hasn’t really disrupted legacy players yet is the real estate sector. Though some disruption is happening in home sales, the multifamily rental market has been somewhat stuck in its ways. Of course, buying a freemium software module at a company is much easier than renovating an entire apartment building or office building with next-gen technology.

Last week, TS Innovation Acquisition (NASDAQ:TSIA), a special-purpose acquisition company (SPAC), sponsored by large global real estate developer Tishman Speyer, merged with real estate tech start-up Latch, in a deal worth about $1.56 billion, or $1.05 billion in enterprise value after factoring in the company’s $510 million in cash. Shares are about 30% higher today as of this writing, for a market cap around $2 billion.

What differentiates Latch is that its comprehensive hardware and software platform acts as a complete turnkey operating system for multifamily apartment buildings. Its products include smart access digital locks, delivery management hardware and software, smart home sensors, cellular internet connectivity, and resident management and onboarding software, all in one simple package.

Is it Elon Musk’s strategy to lower the offer price to buy Twitter?

Latch partners with developers early, and its contracts generally span six years. So while current revenues are minuscule because the company is so young, its total booked revenue has skyrocketed 475% over the past two years to $167 million, with the more high-margin software component increasing at a higher 546% rate to $96 million. Impressively, Latch has also found a way to increase revenue from existing building customers, posting a Q4 2020 net expansion rate of 154%. The company has also impressively never churned a customer in its few years on the market.

Management projects Latch could grow to $877 million in revenue by 2025, with about half coming from higher-margin software and half lower-margin hardware. Thanks to deferred revenue, management expects its free cash flow will be above GAAP profits at $249 million at that time. In 2025, management still predicts it will be growing its top-line 46%. If those projections prove true — and bear in mind, these are just projections, which may or may not come to pass – today’s valuation would look like a bargain in retrospect.

The potential is certainly there. Management estimates the U.S. multifamily addressable market alone is a $54 billion opportunity, and Europe, where the company is just launching, is another $90 billion opportunity. There’s also the potential to expand to commercial buildings as well. And the company’s strategic partnership with one of the world’s large real estate developers gives it an easy entree into that vast market potential.

All in all, Latch seems like the kind of sticky product in a huge market opportunity that could pay off big down the road, provided it executes in the months and years ahead. 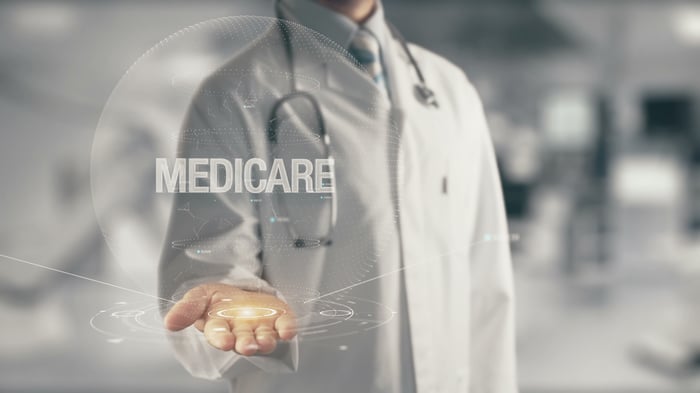 Another potential disruptor in a massive addressable market is Clover Health (NASDAQ:CLOV). Also a recent SPAC, Clover is a bit bigger than Latch, sporting a current market capitalization around $5.6 billion. However, that larger valuation could be warranted if Clover is able to deliver on its promise to disrupt the entire healthcare insurance market.

As many of you have no doubt experienced, and as Clover’s management has claimed, traditional health insurers don’t necessarily equate business value and profits with better patient outcomes. But that’s exactly what Clover is attempting to do.

Though healthcare is a somewhat complicated industry, at a high level, Clover aims to lower the cost of care using big data and AI, and delivering insights directly to physicians through “delightful” point-of-care software. The belief is that big data insights can help lower the costs of care through more accurate and earlier diagnoses, which will lower costs. That would theoretically allow Clover to pass those savings along in the form of lower premiums, disrupting traditional insurers. Clover gives its software away to physicians for free in order to spur usage, and lower premiums should allow higher customer growth, feeding its AI engine with more data points, improving its algorithms and software in a virtuous cycle.

Clover is first taking aim at the Medicare Advantage market, a huge $270 billion market set to more than double to $590 million by 2025, equating to 14% annualized growth as the population ages. Clover specializes in diagnosing 25 common chronic conditions that are very costly, and also offers personalized planning for patients with said conditions to help treat them more effectively.

Though it’s a young company, Clover has done a great job of taking market share from incumbents in the counties where it has been available over the past few years. In 2020, Clover expanded from 26 counties in 2019 to 34 counties as of September, and accelerated revenue growth from 29% last year to 46% in the first nine months of 2020. Adjusted EBITDA losses have also narrowed considerably, showing that there could be significant operating leverage in the future.

Though it’s not exactly cheap, Clover is another example of a potential disruptor in a huge addressable market, making its upside potential very big indeed. 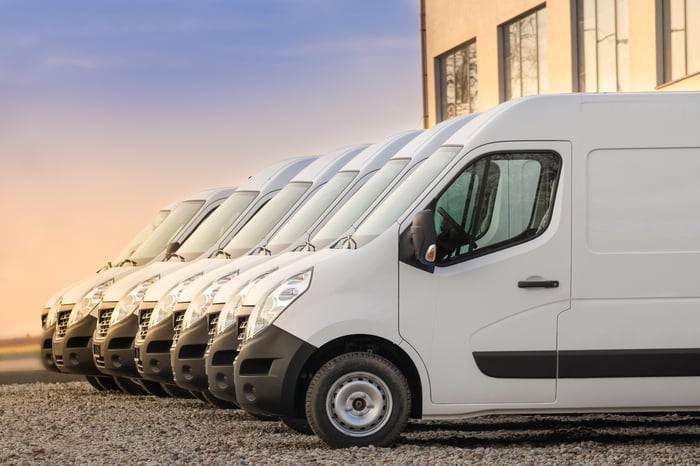 One potential competitor to Tesla, or, at least Tesla‘s proposed semitruck, could be Romeo Power (NYSE:RMO), the third SPAC in this list and one looking to make a name for itself in electric vehicle batteries. In fact, the company was founded by a team of ex-Tesla and SpaceX engineers. Yet instead of making an entire electric vehicle, Romeo is focused on making the very best battery packs in the world, in a flexible modular design, and aimed at the large commercial vehicle market.

Why is Romeo so exciting versus other EV start-ups? According to an independent study by consulting company Roland Berger, Romeo’s battery packs lead all competitors in terms of gravimetric energy density — including Tesla‘s current batteries — essentially offering best-in-class energy output for their given mass.

Romeo actually has two big similarities to the aforementioned Latch. First, though very early in terms of producing revenues, Romeo has already contracted $544 million in future revenues, with $2.2 billion under advanced negotiation. Those future contracted revenues, as well as a vast $225 billion addressable market for commercial vehicles in the U.S. and Europe and $665 billion global market, help justify the company’s current $2.34 billion market cap.

Second, also like Latch, Romeo has a key strategic partner and large investor — in fact, two of them: Borg Warner (NYSE:BWA), a leading auto part supplier, and Heritage Environmental Systems, which owns a large stake in Heritage-Crystal Clean (NASDAQ:HCCI), a leading recycler of batteries and other environmental services. Like Tishman Speyer does for Latch, the Borg Warner partnership gives Romeo instant access to many of the world’s largest commercial vehicle fleet manufacturers.

If Romeo continues to maintain or grow its current technology lead, and if its modular pack design catches on with a wide variety of commercial vehicles, there could be big things ahead for the company. Given the sheer size of the commercial vehicle market and the desire among large trucking fleets across several industries to go green and boost their ESG bona fides, Romeo could become one of the more consequential suppliers in the space in a short amount of time.

While EV investors appear to be hunting for the next big brand, Romeo offers a best-in-class technology component, and should be a winner now matter which EV brand takes the crown in commercial vehicles.

Is it Elon Musk’s strategy to lower the offer price to buy Twitter?