All major benchmarks were lower to kick off the week

The major benchmarks had a rough start to the week, as Big Tech resumed its selloff amid persistent inflation fears. Though the Dow managed to reverse some of its steeper intraday losses, it still closed the day with a 54-point drop. The S&P 500 and tech-heavy Nasdaq finished in the red as well, as investors continued to abandon growth stocks in favor of reopening plays.

Many on Wall Street are already looking ahead to the release of the Fed’s latest meeting minutes, due out Wednesday, which could give more clarity as to where the central bank stands on inflation. In other news, bitcoin has been on a rollercoaster ride over the past few days, after Elon Musk posted a series of tweets muddying Tesla‘s ((TSLA)) view of the cryptocurrency. Musk said last week the company will no longer accept bitcoin for car purchases, but later clarified it “has not sold any Bitcoin.” 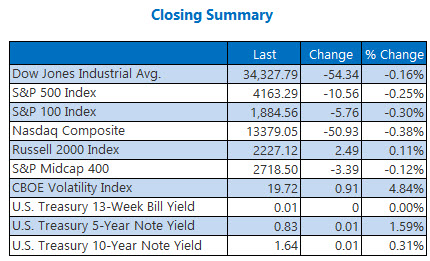 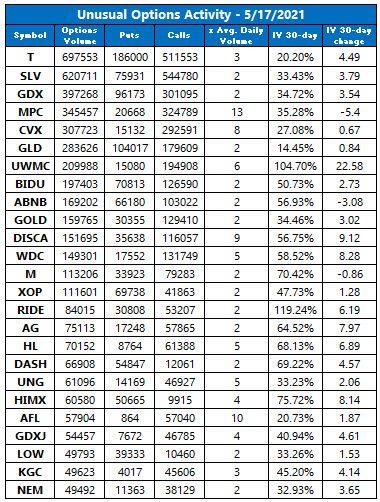 Oil prices posted a win on Monday, surging to their highest level in over two years as investors grew optimistic economic recoveries in both the U.S. and Europe would fuel additional demand for the commodity. That optimism also overshadowed a slew of worse-than-expected economic data out of China. In turn, June-dated crude added 90 cents, or 1.4%, to settle at $66.27 per barrel.

Gold prices were also higher, breaking above the 200-day moving average for their best close since January. The yellow metal got a boost from a weaker U.S. dollar, as well as losses from a number of of global stock indexes. As a result, June-dated gold rose $29.50, or 1.6%, to settle at $1,867.60 an ounce.

Loans Online – Can You Get More Than One Lawsuit loan?

Loans Online - Can You Get More Than One Lawsuit loan?