by Jung Min-seo
in Uncategorized
0

A Japanese builder has opened a new Frisco apartment community — the first of several projects the Tokyo-based company has in the works in North Texas.

The four-story rental community is in the mixed-use Frisco Square development on the east side of the Dallas North Tollway along Frisco’s Main Street.

The Kilby apartments include a luxury-style pool, an outdoor kitchen and bar, clubroom, a fitness center and a pet spa.

Rental units in the project start at just more than $1,400 a month.

“We’re excited to bring our luxury apartment communities to Frisco, one of the fastest-growing cities in the country,” Tommy Rhodus, regional director of acquisitions and development for Toll Brothers Apartment Living, said in a statement. “Kilby is conveniently situated for residents to explore the many activities that are offered in the neighborhood.”

Toll Brothers is building a 22-story apartment tower in Dallas’ Oak Lawn district. And the developer has another new rental community on Commerce Street west of downtown.

Toll Brothers’ partner Daiwa House is Japan’s largest homebuilder. The company set up the Texas subsidiary in 2011. Daiwa House is also a partner in the construction of the 41-story Atelier tower in downtown Dallas’ Arts District. 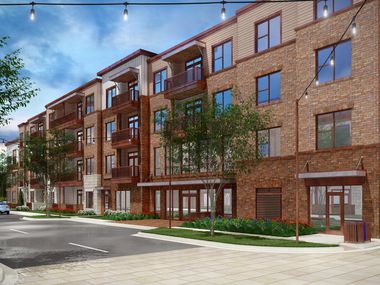 VIR Stock – Fact check: The virus that causes COVID-19 has been isolated, and is the basis for the vaccines currently in development