Walmart has announced it will phase in new guidelines for its fresh produce and flower suppliers including reducing their use of certain pesticides, even as both the Environmental Protection Agency and the California Department of Pesticide Regulation (DPR) complete re-evaluations of the same chemicals.

“To help improve pollinator health and biodiversity in the regions in which we operate, Walmart U.S. is announcing new pollinator commitments,” wrote Martin Mundo, a Walmart senior vice president, on the company’s website.

Walmart’s suppliers will need to phase out the use of chlorpyrifos and certain neonicotinoid pesticides. California and Hawaii have already banned chlorpyrifos (and New York is phasing it out), while the EPA released a new draft risk assessment of it last year. The class of substances known as neonicotinoids includes various insecticides, of which imidacloprid, thiamethoxam, clothianidin, dinotefuran, nitenpyram, acetamiprid and thiacloprid are the most widely known, according to manufacturer Bayer CropScience.

Neonicotinoids are currently undergoing reevaluation at both the EPA and the DPR. After extensive public comments, California expects rulemaking to begin this year. Its scientists have concluded “mitigation on neonicotinoid use is necessary based on the findings during the department’s neonicotinoid reevaluation,” according to a DPR spokesperson.

Walmart’s sustainability guidelines also state the company will source all of its produce and flowers “from suppliers that adopt integrated pest management practices, as verified by a third-party, by 2025.”

Integrated pest management (IPM) provides “a decision-making framework for growers,” says Ariel Larson, senior project manager for the Sustainable Food Group team at the IPM Institute of North America in Madison, Wisconsin. She says it gives the growers tools “to assess their pesticide use and assess their risks associated with it.” 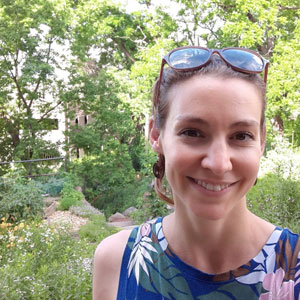 The IPM Institute has worked with Walmart, Sysco, Whole Foods and other companies on their sustainability goals. She says in recent years, consumers have driven the push toward more transparency and sustainability in the food supply chain, which has increased businesses’ interest in such programs.

“Our purpose, and our mission, has been to use the power of the marketplace,” she says, “and work with companies to help drive progress in sustainable agriculture through adoption of integrated pest management and other sustainability best practices.”

With IPM, she says, “growers have options to use the tools that they need, but they are only used, basically, as a last resort after nonchemical options have been used.” With organic certification at one end of the spectrum and what Larson describes as “calendar-based” pesticide spraying (applying chemicals on a schedule rather than in response to a need) on the other end, IPM offers a middle path.

Although she couldn’t speak specifically to her work with Walmart, she says “typically companies are trying to work with their suppliers to improve practices” rather than switch to suppliers who are already using IPM.

Larson says it’s “certainly notable that there’s a 3rd party verification component” to Walmart’s policy because it means auditors can visit fields and question growers and report back to Walmart whether what a farm claims to be doing is really happening.

The IPM Institute’s Sustainable Food Group is one of the certifying bodies Walmart will recognize. Some of the others include Bee Better Certified, Fair Trade International and Rainforest Alliance. And the company says “suppliers with regional or crop-specific certifications that include strong IPM criteria can reach out to Walmart and request that their certification is benchmarked against the criteria.” USDA organic and international organic labels meeting USDA’s criteria are also recognized.

Some growers likely are already meeting Walmart’s new goals, while others may have to make some adjustments. California grower Steve Brazeel of SunTerra says he’ll carefully review all of the expectations to make sure he’s meeting them, but says it likely will come down to demonstrating what they’re already doing rather than having to change things.

“Our goal as a provider to all retailers, including Walmart,” he says, “is to meet and exceed any kind of sustainability goals that are out there.”

For more news, go to www.Agri-Pulse.com.