A report published by Sensor Tower revealed that during the mobile gaming upsurge in 2020, user revenue dedicated to simulation genre games rose by 61.8%, as opposed to numbers in 2019.

Simulation games have been around for a while. Shining examples of the genre include The Sims, Fallout, and Stardew Valley. While these are definitely popular games in their own right, well deserving of praise, the genre has been properly explored and marked by the likes of Minecraft, Roblox, and Animal Crossing. The latter itself gained an endless momentum of popularity owing to both its cutesy gameplay and escapist setting, coupled with the endless barrage of troubles 2020 brought, the COVID-19 pandemic chief amongst them. In fact, the escapism angle that simulation games offer might just explain the reason they’ve gained such traction across 2020. In a year of disease, wildfires, and racial tension, perhaps people just want to emulate going through much simpler worlds, fraught with their own dangers and wonders to be sure, but much less complicated than the current one we cohabit.

Sensor Tower, a data gathering and analysis firm focusing on the niche of the app market, utilized its own Store Intelligence tool in order to determine and differentiate the growth each genre of mobile app gaming had shown in the USA market across 2019 to 2020. Simulation games edged out all competition with a solid 61.8% increase. With titles such as the ever-famous Roblox and Township leading player spending, the top 100 games in the genre grossed a total of approximately $2 billion. The largest subgenre found under simulation games were sandboxes, which saw an 86.2% year to year end. Out of the $936 million generated by sanbox titles, Roblox dedicated the bulk of profits at $746.4 million.

Following the simulation applications at second place were casino games, a genre reliant on the likes of online gambling and such. Since no actual money is involved throughout the gaming process, save for spending for in-game items, such apps were the only excess allowed to most people, frugality being a leading theme of 2020 for most individuals. Casino titles oversaw a year to year end growth of 48.9%, generating $4.5 billion in user-spending revenue.

Interesting to note, however, is that while simulation games saw a ridiculous amount of growth in terms of revenue, downloads show a slightly different picture. In another 2019 to 2020 report, growth in terms of app downloads were measured for each genre and presented. Casino titles took over from second place to establish a solid first position, seeing 27.5% increase in downloads year to year end. Simulation could not even generate second place, as the puzzle genre took over with a download growth of 19.5%, even if users held onto their wallets tighter in this case. Simulation games took third place with only an 11.2% increase in downloads across our year to year end period. 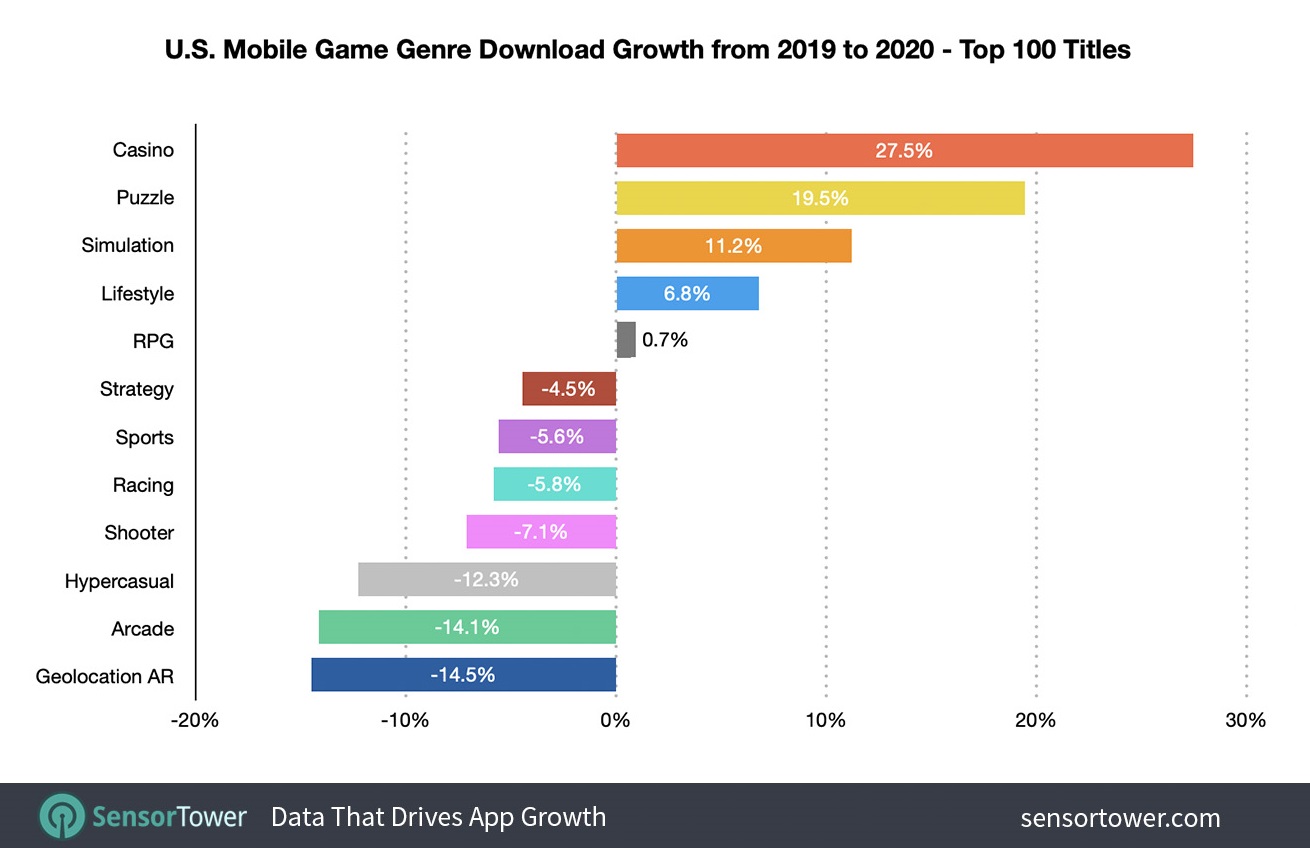 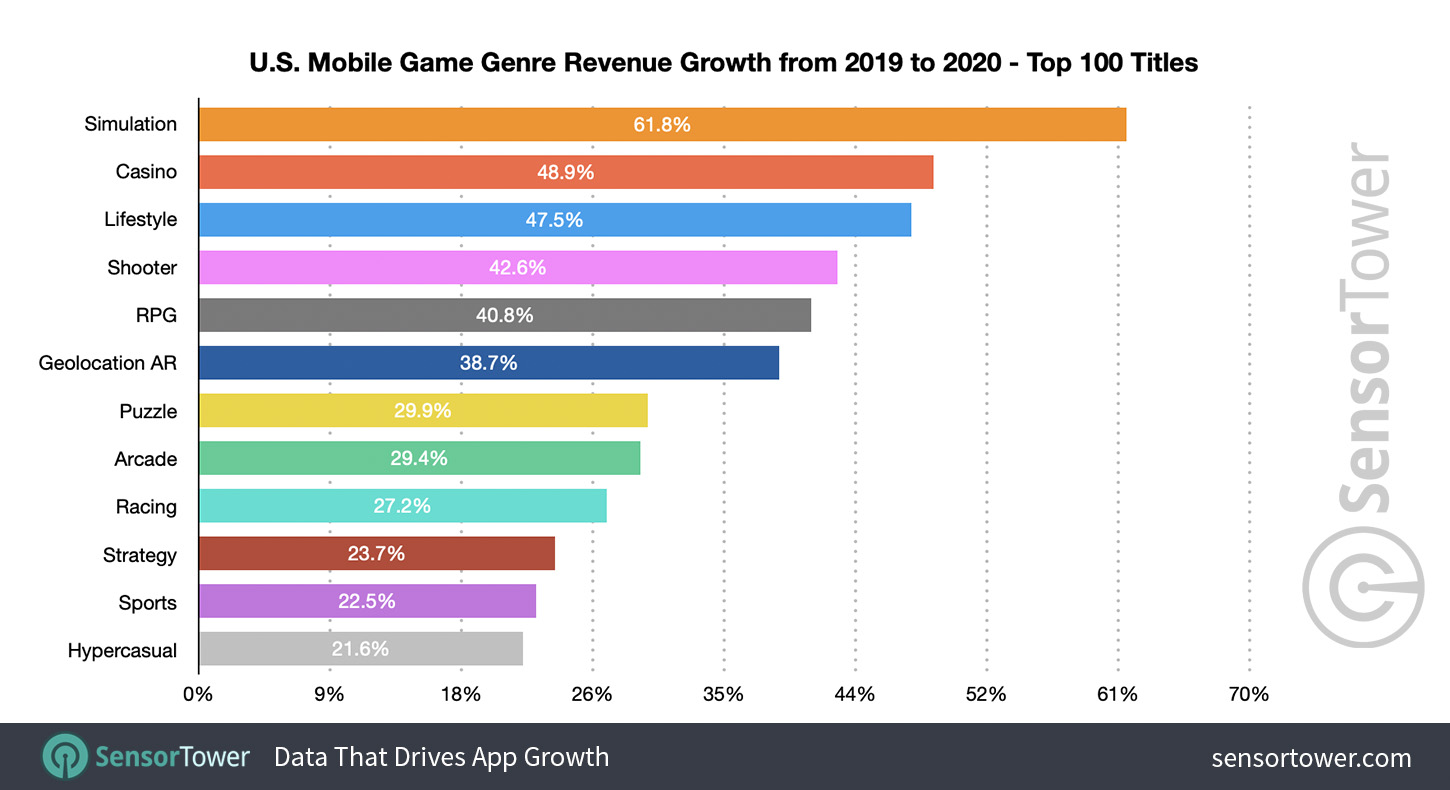 Read next: Cyber Security Risks Through Online Video Gaming and Ways to Be Safe (infographic)

Covid-19 : How HAP — and others — are rethinking workspaces amid COVID-19 pandemic