Are you ready to rumble? Whether reworking an icon or working with an icon, watchmakers are pushing the limits on house staples to deliver more versatility, improved complications and environmentally minded features. IWC downsized its Big Pilot for smaller wrists, while Panerai tapped mountain-climbing maverick, filmmaker and photographer Jimmy Chin to lend his eye to its Submersible offering. And, at Louis Vuitton, master horologists, Michel Navas and Enrico Barbasini, exercised their tourbillon expertise to create an entirely new and highly accurate movement for its GMT Flying Tourbillon. Here’s a look at three very different takes on the sports watch genre.

Finding new ways to incorporate a tourbillon has become a perennial exercise for modern watchmakers. The intricate complication, originally designed to improve the accuracy of a pocket watch, now serves to reflect a house’s skill and artistry. A perfect example of this high-watchmaking flourish: Louis Vuitton’s new Tambour Curve GMT Flying Tourbillon. Paired with a GMT function, it required two years of development and an entirely new LV82 movement.

“It’s a self-winding movement, and we decided to make it a little different by placing the flying tourbillon at nine o’clock and the second time zone at three o’clock,” says Michel Navas, the cofounder (alongside Enrico Barbasini) of La Fabrique du Temps, which Louis Vuitton purchased in 2011 to help elevate its watchmaking prowess. “Of course, you have the best accuracy with the tourbillon, and we are now a specialist in tourbillons.”

That’s not bravado. Navas has several claims to fame with the complication. In 1986, he assembled his first tourbillon for Audemars Piguet, which debuted in the brand’s ultra-thin caliber 2870 at the Baselworld watch fair. It was the first automatic tourbillon in a wristwatch and, at just 0.134 grams, remains one of the lightest examples ever. He and Barbasini later developed tourbillons for Gérald Genta, and the pair have been developing them for Louis Vuitton since 2010.

Their latest example has between 60 and 65 hours of power reserve, a feat which Navas says took significant research to accomplish. Plenty of thought was also put into the design and feel of the timepiece, which comes in three versions, all in featherweight titanium: one with a sunray-brushed gray dial, one with 18-karat pink gold on the lugs and dial and another with a Namibian-meteorite dial with hour markers in baguette-cut diamonds (for $79,000, $91,000 and $103,000, respectively). While the watch is light on the wrist, packing in both a flying tourbillon and a GMT movement requires plenty of space, resulting in a hefty 46-by-30-mm case. But the dial itself measures just 42 mm, which means it wears much smaller than the dimensions suggest. As proof: One of the first VIPs to secure the watch, according to Navas, was a female client. 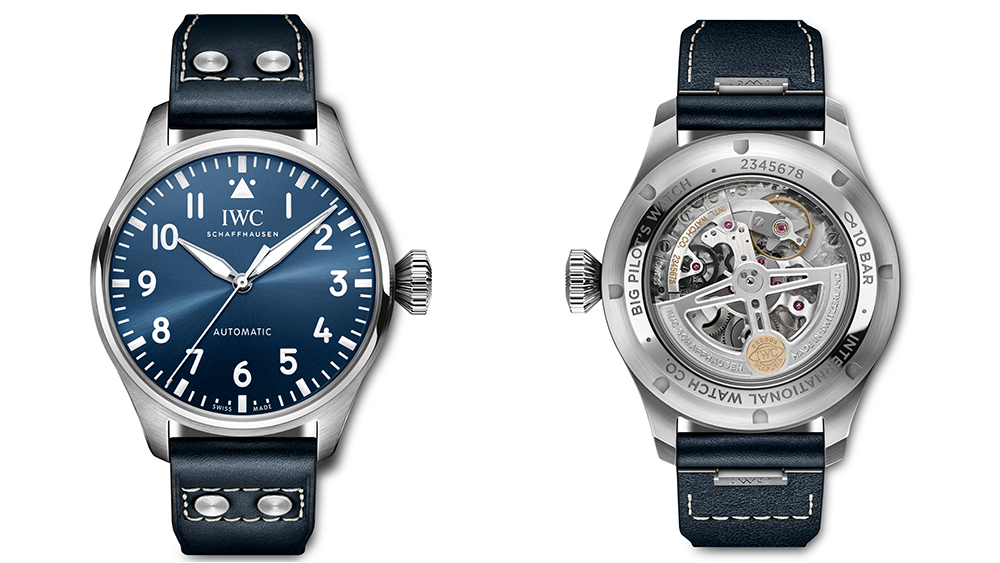 IWC’s flight plan for 2021 includes bringing its Big Pilot back down to Earth— at least in terms of size. Ever since the model was revived in 2002 with the Grosse Fliegeruhr Ref. 5002, it has continued to live up to its name with an oversize 46 mm case and a massive (often uncomfortably so) crown. For many, it was more of a showpiece than an everyday timekeeper. Now the brand has streamlined its horological fuselage to a more wearable 43 by 13.6 mm.

But IWC went a step further, recalibrating the Big Pilot by unloading some of its cargo. The power reserve and date window have been dropped in favor of a cleaner, three-hand time-only display. The new model comes in stainless steel with a black or blue dial, on a leather strap for $8,400 or a bracelet for $9,350. And since the soft-iron inner case found in previous Big Pilot models has been removed, the 82100 automatic-winding movement, with 60 hours of power reserve, is now visible through a display caseback. 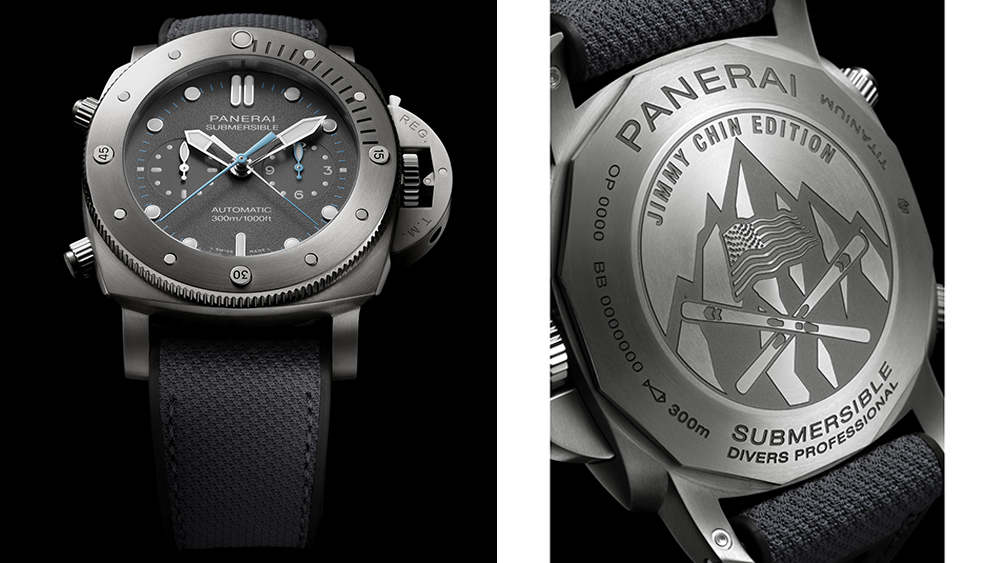 Front and back of the Panerai Submersible Chrono Flyback in titanium, made in collaboration with pro mountaineer Jimmy Chin.

Panerai has scaled up its partnership with Jimmy Chin. The company tapped the climber, photographer and filmmaker as a global brand ambassador in 2019, fresh off his directorial Academy Award win for the high-octane mountaineering documentary Free Solo. Not ones to rest at the peak, Chin and Panerai have teamed up to design their first watch together, an adventure-ready 47 mm titanium Submersible Chrono Flyback that’s water resistant up to 1,000 feet and sports a three-day power reserve. The $19,400 model comes equipped with a gray strap made from PET material, which is crafted from plastic-bottle waste. With just 100 pieces available, you’ll have to claw your way to the top of Panerai’s VIP list to stand a chance.

Luxury Apartments – E15 Just off Main: From cars to condos for OpenRoad

Sport Cars – Celebrate Dad this month with a memorable trip