by Aneta Larkins
in Personal Finance
0

Anushka Sharma is enjoying her workout sessions in London. She is currently in the city with her husband Virat Kohli and daughter Vamika.

Anushka Sharma is currently in London with her husband Virat Kohli and daughter Vamika. But, be it Mumbai or London, Anushka never misses out on a workout session. The actress shared a selfie post her workout session in London and she looks flawless.

ANUSHKA SHARMA SWEATS IT OUT IN LONDON

Anushka Sharma has been sharing glimpses of her London holiday. On Wednesday (June 16), Anushka shared a selfie after her workout session. The actress wore a sleeveless black top with golden hoops and removed her mask to pose for a selfie.

Along with the picture she wrote, “Stealing workouts (sic).” 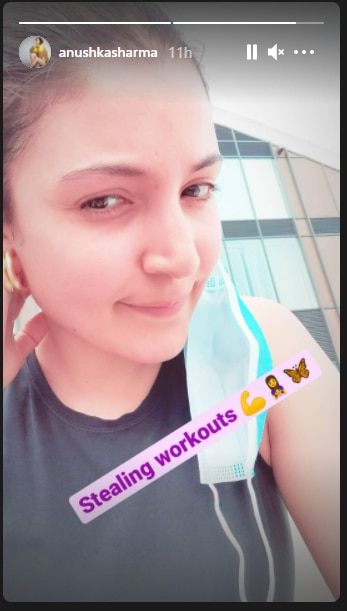 Anushka Sharma is in London accompanying Virat for the World Test Championship. While Virat preps up for his upcoming matches, Anushka has been sharing gorgeous pictures from London. After reaching London, Anushka had shared a happy picture from the Rice Bowl cricket stadium in Hampshire, England. In the caption, she mentioned that now, at least for some time, she cannot tell Virat not to bring his work home.

Anushka Sharma was last seen on the big screens in Shah Rukh Khan’s Zero. However, she has produced many hit digital shows and films, like Paatal Lok and Bulbbul.